This week I’ve been having a bit of a Twitter chat with Richard from PoloDriver. In particular, about the 6N2 Polo GTi; one of which I used to own and like Richard does now own.

Along with developing the urge to go and buy one again, it also lead to me looking through the pictures I have of my beloved GTi. In particular, I came across this one: 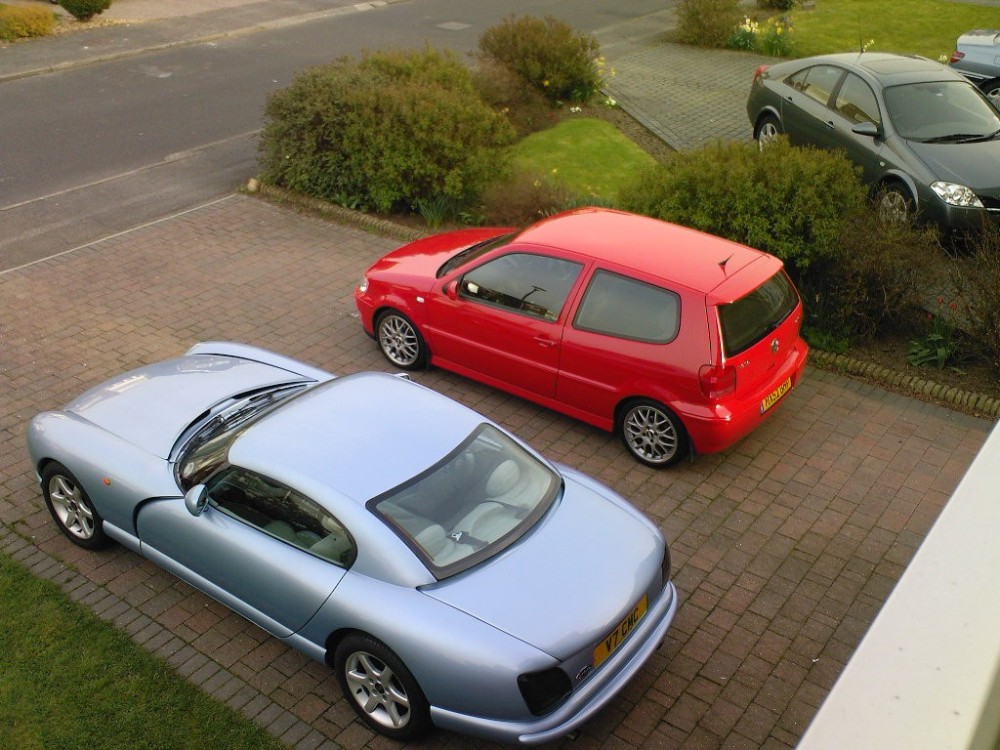 Obviously, mine is the red one. It’s parked next to ESM’s Mate Dave’s TVR Cerbera Speed Six.This particular Cerbera proved, true to form, to have all the characteristic TVR reliability. It ended up on a recovery truck after the predictable cam-follower/valvegear disintegration episode.

The GTi proved a lot more reliable in the several years I owned it, and went through various subtle modifications to pretty much the spec pictured above: 16″ BBS RXII wheels, Eibach Sportline suspension (lowering by about 35-40mm) and a 280mm front-brake setup from a Golf G60. There was also OMP strutbrace and BMC carbon-fibre air intake under the bonnet.

Was it quick? 125 bhp meant 0-60mph in around 8.5 seconds and a top speed in the region of 130mph. So quick-ish, but not mega-hatch fast. Fuel economy averaged 35mpg+ no matter how I drove it, and the only thing which went wrong was the brake light switch and a blocked crankcase breather pipe. This is considerable given that it was used as Volkswagen intended, including a week spent hammering around the Isle of Man TT course.

In a move of what was, with hindsight, errant stupidity I traded it in for an 8L Audi S3 which would prove to be the worst car I would ever own. I am sorely tempted to buy another GTi, but live in fear that it will never be as good as “my” Flash Red example. In addition, even the youngest examples are now at least 10 years old, and many will have suffered the infamous gearbox failures and camshaft tensioner issues which stalk the GTi. The ones that have survived also run the risk of being ruined by crass modifications or overenthusiastic driving.

If I had the time, space and money I would very much love to purchase a GTi in need of some TLC, and restore it to how it was when it left the factory. I should probably avoid the classified adverts for a while…