Pastor Maldonado’s victory today in the Spanish Grand Prix at Catalunya has a very tenuous link to this week’s BMW theme. Until today the last Williams win had been taken by Juan Pablo Montoya, in the teams BMW.WilliamsF1 phase, at Brazil in 2004. In addition, Maldonado is now the most successful Venezuelan F1 driver, overtaking the position previously held by Johnny Cecotto. Cecotto more famously achieved great success racing touring cars for BMW in the 1990s. With that out the way, let’s get down to the business of revelling in an epic win for the team from Oxfordshire. 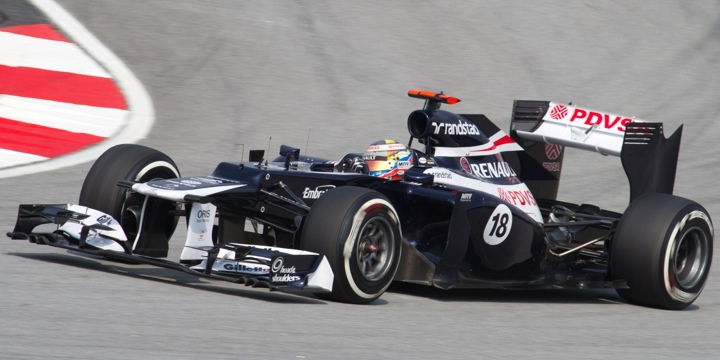 I’m sure some will argue that the stage was effectively set for Pastor with the penalty given to Hamilton, but this does Maldonado’s efforts a real disservice. His patience in the early stages; not allowing Alonso’s first corner pass to get to him, rewarded him with the opportunity to be in a winning position come mid-distance. His pace in the later stages was considerable, outclassing both Fernando’s Ferrari and the Lotus of Raikkonen to give him a well deserved win.

After the disappointment of last season, such a win is a massive boost for Williams. Although Senna was unfortunate to suffer retirement at the hands of Michael Schumacher, the team should be buoyed by the result at Catalunya. Hopefully they can build on today and at least go some way towards restoring their glory days of the 1990s.

Catalunya also reminded the world of the terrifyingly dangerous reality of F1. The post-race fire, seemingly started whilst fuel was being removed from Senna’s car, produced an explosion and shocking fireball. The video from SkySportsF1 shows mechanics from teams up and down the grid battling to control the flames; an example of the camaraderie amongst those who spend the year travelling together.

EngageSportMode wants to award Ted Kravitz the inaugural ESM Bravery Award for his pit lane reporting today. Keeping calm in the face of a fiery adversity, Kravitz corralled his SkySportsF1 camera crew to keep them out of the way whilst still filming. He also found the time to talk with former driver Alex Wurz, making sure Sir Frank Williams was safe, whilst mechanics queued up with fire extinguishers. Somehow I don’t think Simon Lazenby would have kept so cool; I doubt they could have updated the autocue with instructions such as “avoid the fire” and “keep out the way” quickly enough for him to cope. 31 people required medical treatment according to the FIA, including four Williams team members, a further reminder of just how serious the incident was.