Motorway cruising has got our editor thinking about just how far do you need to go in the pursuit of fuel economy, especially when it’s probably an impossible task. 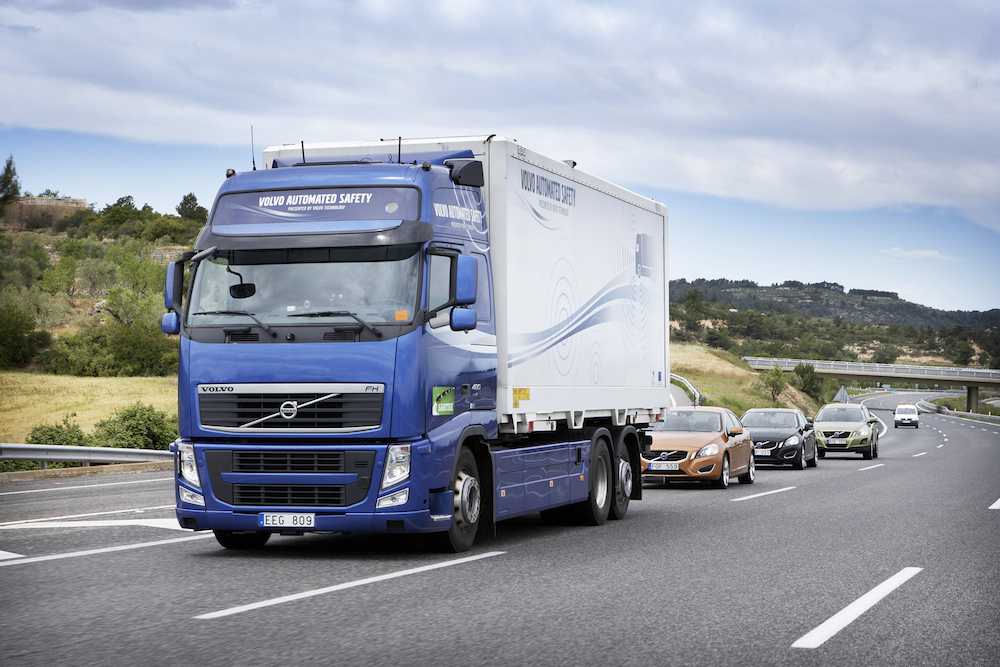 Driving down the A1(M) in the Polo R-Line the other day, sulking whippet in the boot, something struck me about the traffic that was being generated. Usually on the A1(M) any kind of tailback tends to be caused by lorries overtaking each other – that soul-sapping display of watching one HGV ease past another with a 0.0005 mph speed differential, played out over several miles. But there was something else which caught my eye today too; cars sat in the wake of lorries in front of them, travelling at 50 mph.

I understand that we have no minimum speed limit, so cars can essentially travel at whatever speed they want on our motorway network. Obviously that’s so long as they’re not causing an obstruction, or contravening any relative road traffic legislation. But it did leave me wondering why on earth you’d want to sit there chugging along, whilst HGVs, caravans and everything else has to venture into the outside lane to get by.

But then something else became apparent. A lot of these cars doing the half-ton were rather new; as in less than 3-4 years old. Whilst I know down at the bottom of the automotive food chain there’s still some very slow cars on sale, at least 99% of them are still capable of more than 50 mph. Looking closer still,  the badges on the boot of these cars said ‘ECOnetic’, ‘Bluemotion’ or ‘EcoMotive’. Now it made sense; these were people desperate to get somewhere near the claimed official MPG figure for their car.

In recent years we’ve seen the ever-increasing growth of the ‘eco-special’ car being offered. Now virtually every mainstream manufacturer has one in their lineup, with the key aim of dipping below that 99g/km C02 figure and winning the big prize of free road tax and attention from fleet managers. Going along with the low C02 figure comes a correspondingly high mpg claims, taken from the same EU testing cycle that establishes the carbon output. For instance, Ford’s ECOnetic Fiesta with the its 93 bhp 1.6 TDCi diesel engine scores 85.6 mpg on the official EU combined test, with a piously low 87g/km C02 output.

The result is those big numbers like 85.6 mpg get paraded around as genuine expectations, when really they’re just figures for comparison. Such mpg figures are virtually unobtainable in the real world, yet I get the impression drivers of these cars seem to be determined to hit them. They develop something akin to OCD; the official figures say the car should return that mpg so they must achieve it. As such, they sit in the slipstream of HGVs, cruising along at 50 mph in a vain attempt to eek the most out of every last drop of fuel, yet still only reach the end of their journey with probably no better than an mpg in the high sixties. Still impressive, but not the headline figure they crave.

I might be wrong, please feel free to tell me if I am, but I’d much rather mix it in the outside lane at ‘motorway speeds’ and avoid the impending possibility of being crushed between two large lorries. Yes, it might mean living with fuel consumption of only 45-50 mpg but it also means arriving at your destination intact, and somewhat earlier than the fuel consumption obsessive.

Personally I don’t blame the car manufacturers for this situation. They get told by EU Directives that they have to submit their products to this testing cycle, and publish the results in a certain way. Naturally, as they’re left to their own devices to do the testing, they’re going to ensure they get the best possible outcomes from it. Fuel economy and C02 emissions are a major marketing tool in our current climate, so maximising the attractiveness of a car in this area is just as important as performance and standard equipment.

What it does mean is that car buyers need to do their homework. Whether it’s mpg figures, or Euro NCAP safety statistics, consumers shouldn’t just be taken in by the numbers in the brochure. The internet isn’t just for watching videos of Jay-Z being beaten up; you can still use it for actual research! Failing that, go buy something with a huge V8 petrol engine; life is too short.