Along with shorter days, Halloween, and fireworks, Autumn seems to also be about German manufacturers launching revised performance SUVs. Today, Porsche has released details of the updated Cayenne GTS ahead of its official debut at the LA Motor Show later in the month.

It actually seems hard to believe that we’re twelve years on from the launch of the first generation Cayenne back in 2002. Loved by some, and derided by many, the big SUV has been credited with almost singlehandedly keeping Porsche in business, such has been its impact on the company. Porsche first added the GTS name to the Cayenne back in 2007, and today marks the launch of the third iteration of its 4×4 model to wear that badge; one which apparently accounts for 11% of Cayenne sales. 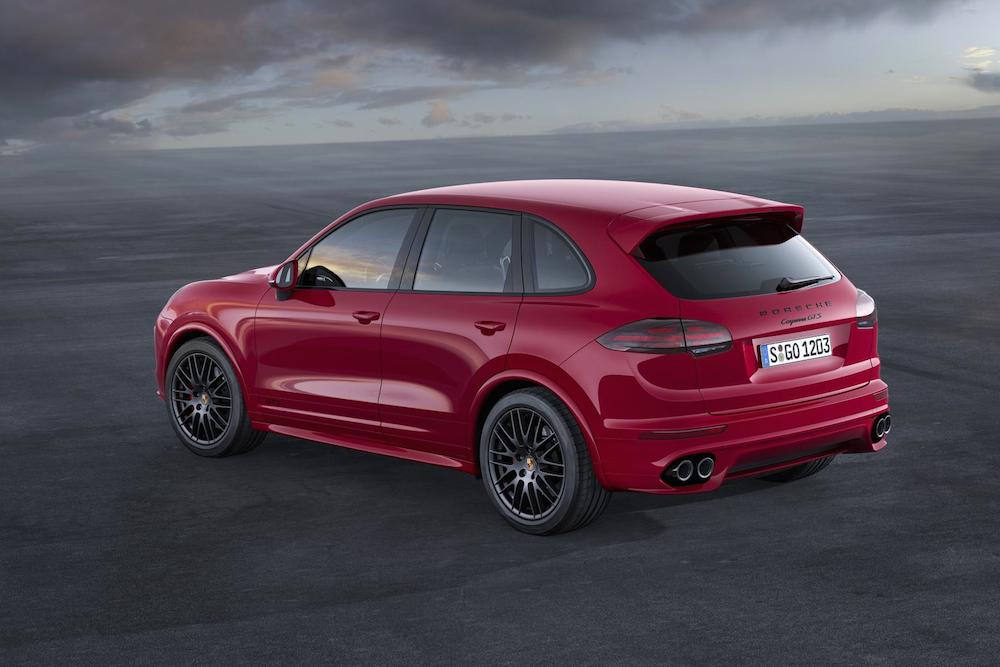 What’s new for this version, is the replacement of the old 4.8 litre petrol V8 with an uprated version of the 3.6 litre bi-turbo V6 engine. Making 434 bhp and 443 lb-ft of torque, the new V6 unit gains 20 bhp and 63 lb-ft over the outgoing V8. Fuel economy improves, with a maximum combined mpg of 28.8, whilst C02 emissions drop to a potential 228 g/km. It’s that familiar story of more power and less carbon through the magic of turbocharging and downsizing.

Performance also gets better, with a 0-62 mph time of 5.2 seconds (lowered to 5.1 with the optional Sport Chrono pack) marking a 0.5 second reduction over the old V8 version. A top speed of 163 mph is probably more than sufficient for an SUV weighing in at 2.1 tonnes, and nudges it ahead of other 155 mph limited Germans. An eight-speed Tiptronic S automatic gearbox comes fitted as standard, as does a sports exhaust designed to provide a ‘familiarly deep GTS sound’ according to Porsche. Lowered suspension (24 mm with normal steel springs, or 20 mm when riding on air) comes combined with red-painted brake calipers taken from the Cayenne Turbo, gripping 390 mm discs at the front and 358 mm at the rear. Those intricate black-painted 20″ RS Spyder alloy wheels are standard specification too.

Also borrowed from the Cayenne Turbo is the aggressive front bumper, with the Sport Design package adding more prominent side sills and wheel arch extensions. Quad black exhaust tailpipes nestle in the upgraded rear bumper, with a body coloured rear spoiler overhead, and black model badging on the boot. Darkened rear LED light clusters and black headlight surrounds also provide contrast to the main bodywork colour. For reference, the Carmine Red paintwork featured on the car in these photos is a £1,600 option! 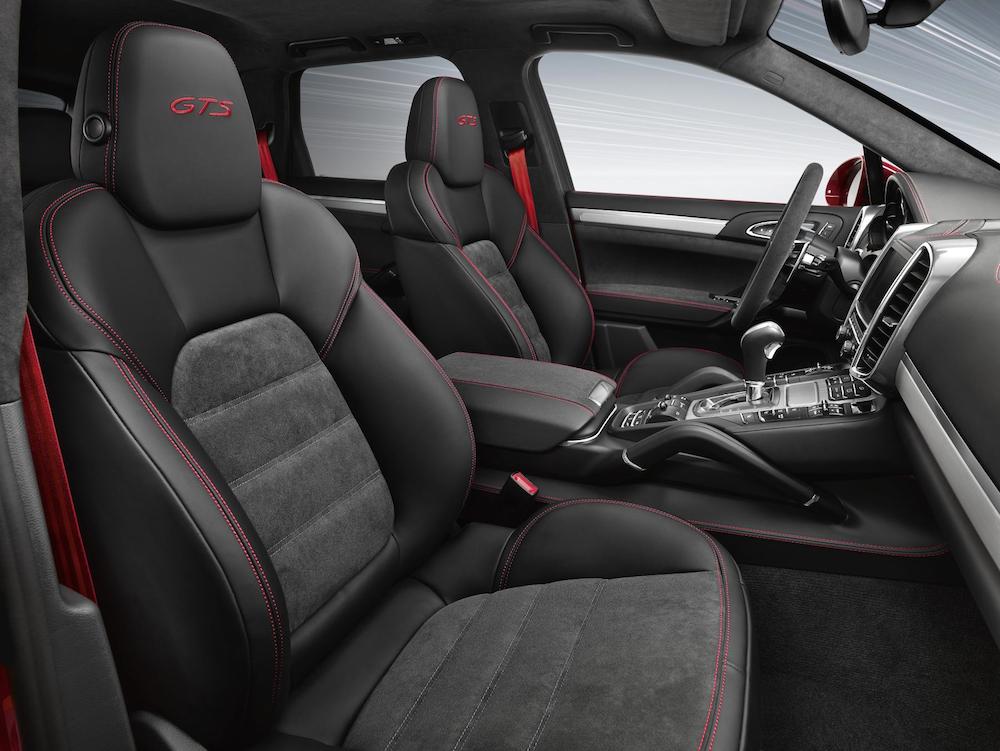 Internally there are chunky sports seats in half leather/Alcantara trim, with the GTS logo stitched into the headrests. The pictured Carmine Red interior pack with red seat belts and red coloured rev counter is a considerable £1,400 option. In fact, as with most Porsche products, the Cayenne GTS presents the opportunity to rack up a substantial amount when rampaging through the options list. Our personal favourite are the leather and carbon fibre roof grab handles; a snip at just £713. However, with a base price of £72,523 – sneakily undercutting the BMW X5 M – it’s unlikely future Cayenne GTS buyers will take issue with an extra £700.

Sales start immediately, so feel free to head on down to your local dealership to harass them right now. Alternatively, play around on the – admittedly excellent – configurator on the Porsche website. You can check out our Cayenne GTS creation here.

Love it or loathe it, the Cayenne is an important model in enabling Porsche to keep making products like the 911 and 918 Spyder, so we should probably be thankful for its existence, with the added bonus that in GTS trim it looks pretty good too.