Adding to their ever-growing ranks of orange coloured supercars is this latest offering from McLaren – the 570S Coupe. Unveiled at the New York Auto Show today, the 570S is the entry model to McLaren’s road car roster. So, is it more Fifth Avenue than the Bronx for the baby Mac?

Let’s cut to the chase – ‘entry level’ in this segment is still pretty serious when it comes to power and performance. So this Sports Series car, which sits below the Super Series (650S) and Ultimate Series (P1) is rather potent. Using the familiar twin-turbocharged 3.8 litre V8 engine, the 570S makes – the clue is in the name – 570PS (562bhp). That’s along with 443lb-ft of torque, resulting in a 0-62mph time of just 3.2 seconds. Top speed is 204mph – not quite so junior! 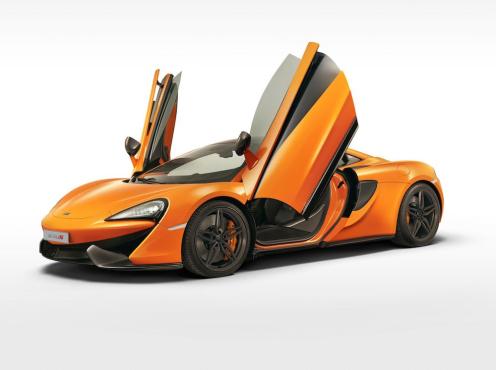 Transferring that power the short distance from the mid-mounted engine to the rear-wheels is a seven-speed ‘SSG’ paddle shift gearbox. Braking is via standard carbon-ceramic brakes, which hide behind 19″ front and 20″ rear wheels. It’s not just the brakes which are made of carbon, as the lightweight Monocell II chassis is made from carbon fibre too. Weighing only 80kg, it helps the 570S achieve an overall dry weight of just 1,313kg – if you tick the right options.

Such low weight means the 570S achieves some very non-supercar like fuel economy figures. The official combined 25.5mpg and CO2 emissions of just 258g/km are pretty impressive for a 560bhp machine. It’s the same as what the Mk5 VW Golf R32

emitted, but with more than twice the power! Whilst we know it’s all show for the EU testing cycle, it’s still displays the benefits of less weight and more turbos. 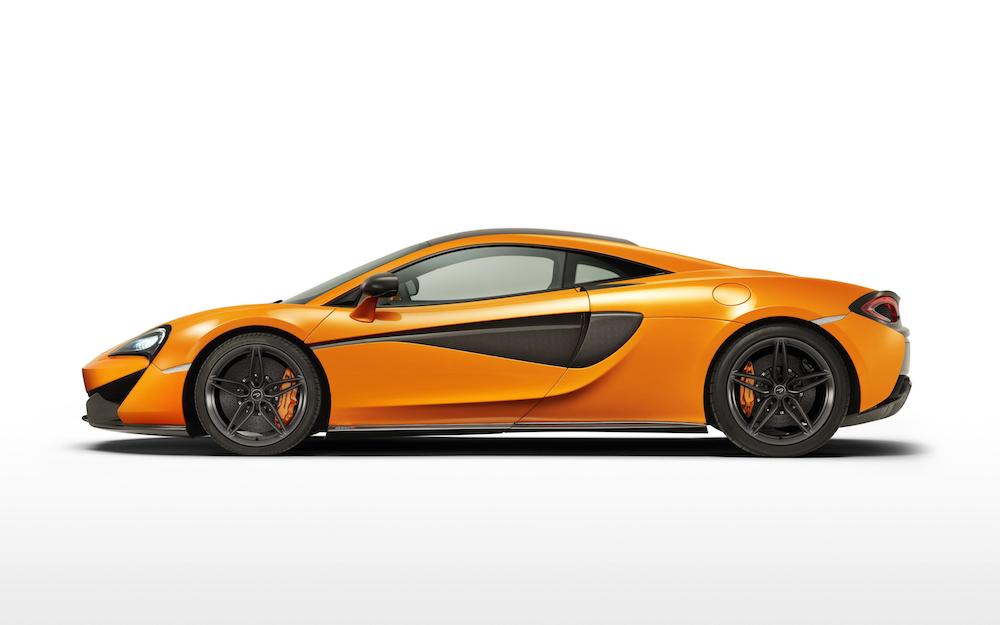 Importantly, the suspension system of the 570S has been engineered to deliver “enhanced levels of driver engagement” which we think is a Ron Dennis way of saying it’s fun. However, McLaren has also intended the 570S to be usable, so has equipped it with adaptive dampers that offer the choice of ‘Normal’, ‘Sport’ and ‘Track’ modes.

The theme of usability continues inside, with a slightly strange ‘floating’ centre console housing touchscreen controls for the climate-control, DAB radio and Bluetooth connectivity. Leather sports seats are standard, but can be upgraded to Alcantara-clad racing bucket ones should you so wish. In fact there’s a wealth of interior options and customisation, including the ability to specify a 1280W Bowers & Wilkins sound system!

Finally, there’s the styling. We’ve left it until last as we still can’t quite make up our minds here at EngageSportMode. There’s some nice detailing, such as the use of dihedral doors and flying rear buttresses. But then there are awkward elements like the strange ‘tendon’ (yes, that’s what it’s called) stretching along the door to the side air intakes, and overwrought rear end. We also can’t help but think that the 570S, like much of the McLaren range, looks too generic supercar-like. Essentially, it appears like the kind of vehicle that appears in Grand Theft Auto V – a mashup of all the usual design details forced together. Reports say it looks more convincing in the metal –  we shall see.

UPDATE: Pricing has since been confirmed, with the news that the baby McLaren will come in two flavours, both 570S and previously unannounced 540S. Predictably, the 540C has a 540PS power output, is more comfort orientated, and is aimed at the Chinese market – hence the official unveiling will be at the Shanghai Motor Show.