Is the Volkswagen Golf top on your list of cars that spring to mind as successful touring car racers? Nope, we didn’t think so either. But could the Wolfsburg marque finally be about to change that, with this striking looking machine?

Roll out the old cliché about good-looking cars being fast, and Volkswagen should be onto a winner with this Mk7 Golf Racer. Part Golf R / part Star Wars-inspired menace, Volkswagen Motorsport certainly know how to produce an aggressively styled race car. We’d probably call it our favourite looking touring car creation since the SEAT Leon Eurocup car, in fact.

Which is somewhat relevant, given that the Touringcar Racer International Series (TCR), which this Golf has been built to specification for, seems to be completely dominated by that Spanish creation. Volkswagen admits that there has been some technology sharing with the Leon, presumably helping to keep costs down. If you’ve never heard of TCR, it’s a production-based race series aimed at offering manufacturers a cheap way into tin top competition. This years TCR series has 11 rounds, and it’s the eighth meeting that Volkswagen will be entering the Golf in this weekend, at the Red Bull Ring in Austria. 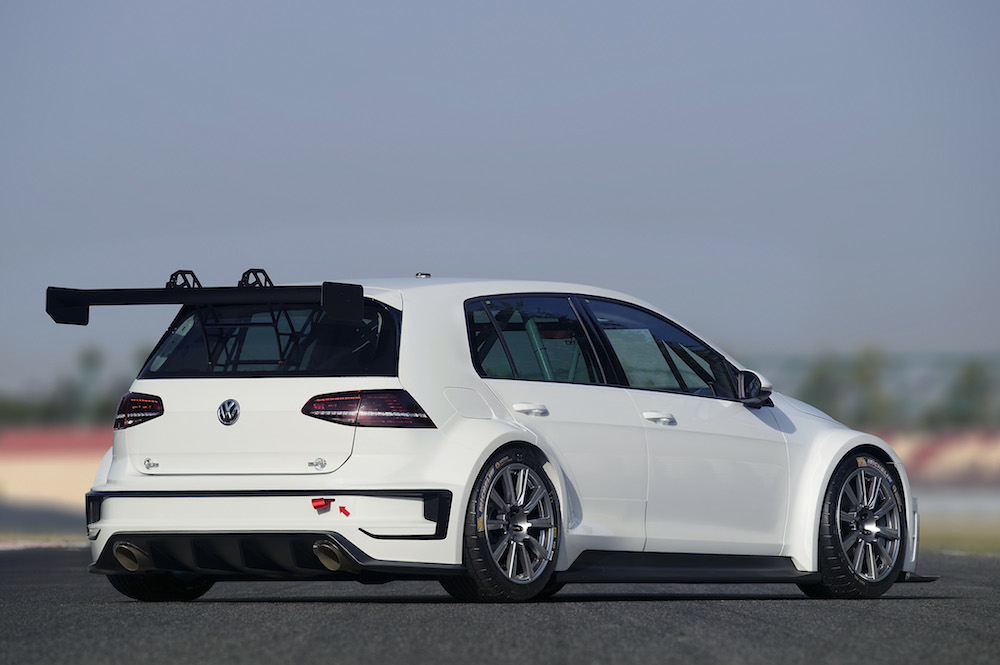 With a 325bhp 2.0-litre turbocharged engine, and DSG gearbox, the Golf should be fairly handy on track we’d imagine. Even if it’s not quick, with a chassis 400 mm wider than the standard road car, huge rear wing and jutting front splitter, the Golf will at least look the part on track. This weekend is very much just the start of an extended test session for VW, who will use the rest of the TCR season to decide if the Golf is competitive enough for a full entry in 2016.

Despite being one of the most popular and iconic family cars produced, it’s quite amazing that the Golf hasn’t really featured in on-track motorsport at a global scale. During the 1980s GTi Engineering, and various other teams, campaigned the Mk2 Golf GTI in the BTCC under the multiple class rules. The Golf GTI would return to the BTCC again, in Mk5 form, in 2010 with a single car ran by AmD Milltek Racing that failed to hit the spot. 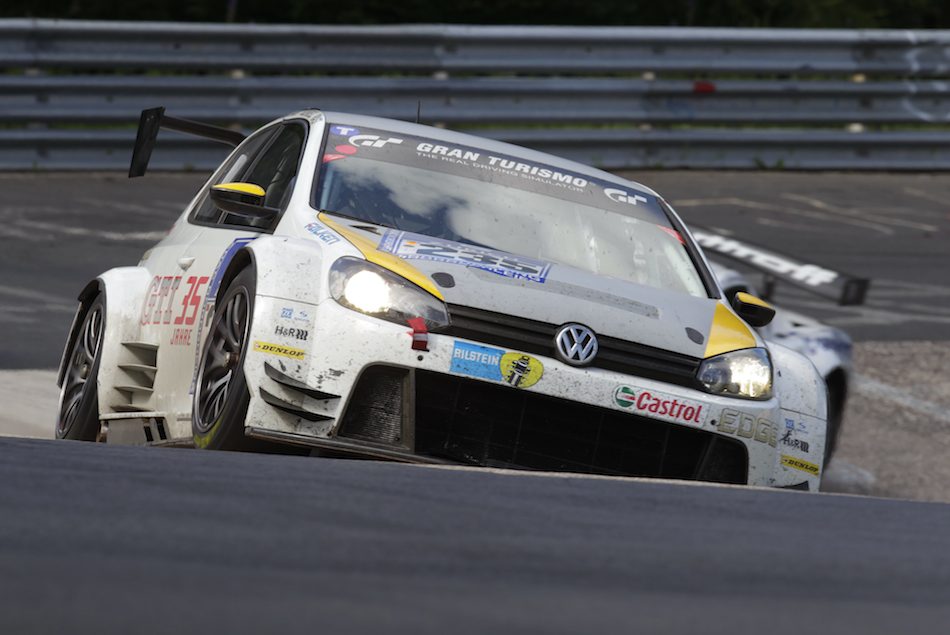 This one was driven by ex-F1 driver Johnny Herbert.

More globally, APR Motorsport has entered both Mk5 and MK6 GTIs in the ‘Street Tuner’ category of the US-based Grand-Am Continental Tire Sports Car Challenge, whilst Volkswagen themselves prepared a special “35 Jahre” edition of the Mk6 GTI for the 2011 Nürburgring 24 Hour race.

Will TCR be the series that finally gives the Golf the touring car success it probably deserves? This weekend may have the answer.