Despite the fact we only got the turbocharged Ferrari 488 GTB less than six months ago, Maranello is clearly in the mood for spoiling us with news of the open-air Spider version. 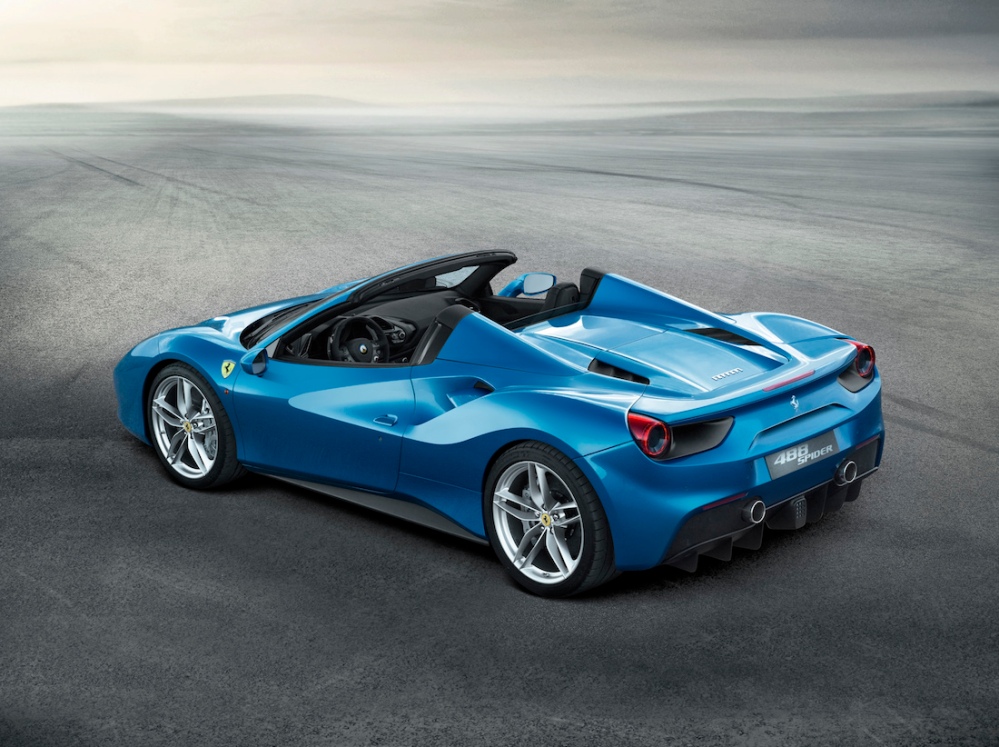 Whilst the internets may have gone slightly mad at hearing about a new Ferrari, it was hardly unpredictable. For as long as there has been a ‘baby’ V8 mid-engined Ferrari coupe (or Berlinetta, sorry), there has been an open-top version to match. From 308 right through to F430 and 458, there’s been the option to burn your head whilst you cruise around town. We just didn’t expect it so soon; Ferrari made us wait two years between the 458 Italia and subsequent Spider offering.

Yet this is the first time we’ve seen a mid-engined, turbocharged, V8, open-top Ferrari since… well, the Italian-market only 328 GTS Turbo of 1989, actually. So although it’s not the very first forced-induction Spider, it’s one which the world outside of Italy will be able to buy. So I guess we can chalk that up as some kind of debut. Anyway, this is also Ferrari’s most powerful mid-engined V8 convertible, with the 661 bhp out eclipsing even the 597 bhp found in the epic 458 Speciale A. 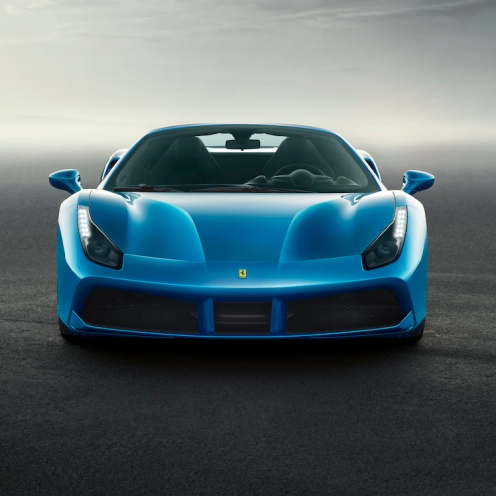 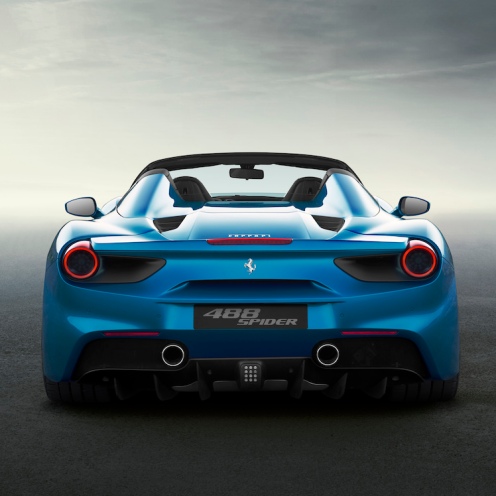 As with the regular 488 GTB, torque is the big attraction, with a hefty 561 lb-ft available from just 3,000 rpm. The 4.0 litre twin-turbocharged V8 is mapped to deliver a fast throttle response, with Ferrari claiming a lag time of just 0.8 seconds between hitting the pedal and your insides being churned up. Where we’re genuinely impressed is with performance figures that are seriously close to the GTB, save for a 2 mph lower top speed at 203 mph. That means 0-62 mph in 3.0 seconds, and a still staggering but 0.4 seconds slower, 0-124 mph time of 8.7 seconds. Presumably, this is all so Spider owners no longer need to worry about feeling inferior when pulling alongside those with fixed-roof 488s.

Carrying only an extra 50 kg of weight over the GTB has clearly aided the Spider, and is thanks to a complicated and impressive chassis construction that includes 11 different aluminium alloys mixed with other fancy materials. By doing so, Ferrari has also achieved torsional rigidity levels that are apparently equal to the GTB; no mean feat after chopping the roof off something. The rotating hard-top roof can be lowered or raised in just 14 seconds, which could be very handy, should the weather change or self-consciousness kick in If you do decide to raise the roof, you can still lower the glass wind-deflector to, as Ferrari states ‘to enjoy the engine soundtrack’ whatever the driving conditions or weather might be. The engine has been tuned to deliver maximum aural enjoyment, so be sure to venture through lots of tunnels and canyons, should you buy one.

In here it’s all the same as the GTB. Well, with a limitless sunroof.

Roof up, and the Spider doesn’t look too ungainly.

An open-top Ferrari will, undoubtedly have appeal to those who want to be a little more flamboyant but, now at least, there’s no reason for them to have to compromise on performance and ability. We’ll see more of the 488 Spider at the Frankfurt motor show in September – expect that phrase to become a theme – before sales start in early 2016. We’ll have ours in yellow, thanks.