What better way to bookend the week than with another stupidly-powerful V8 muscle car? If an orange Dodge Challenger SRT Hellcat doesn’t quite tickle your fancy, there’s always the Chevy option…

Admittedly if you go for the Camaro, you’re going to have to take a 67hp hit compared to the Hellcat. Yes, the new 6.2-litre supercharged V8 engine fitted to the ZL1 can only must some 640hp, meaning you’ll be the equivalent of a supermini engine down on output. But you will have a devastating 640lb-ft of torque at your disposal; a figure which easily out-twists the Hellcat. 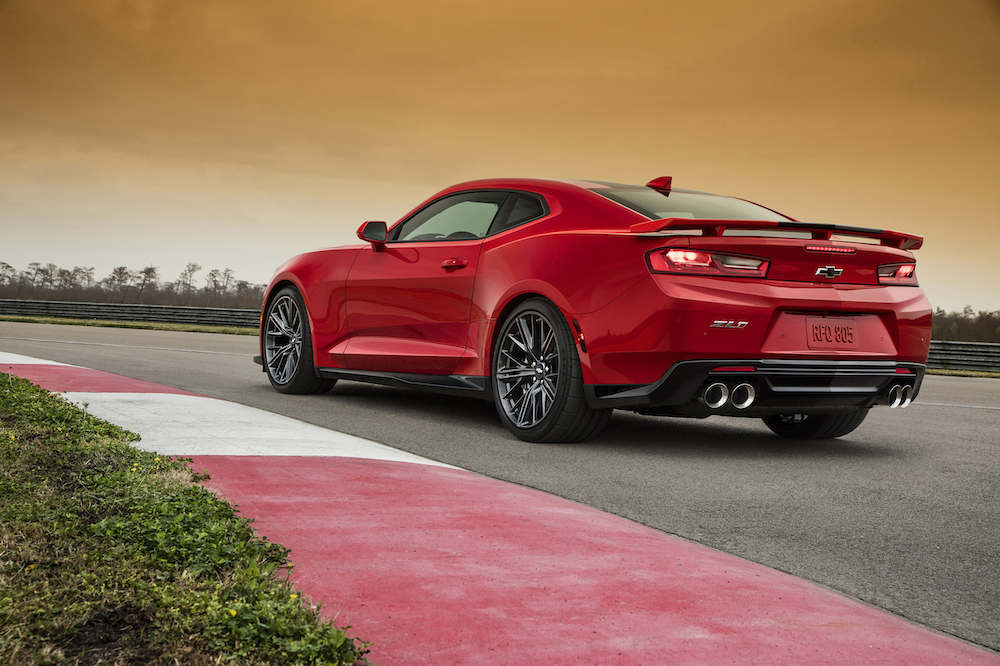 Chevrolet is marketing the ZL1 Camaro away from just raw horsepower, and instead on being an all-round package that’s “excellent at everything” in their own humble words. It’s certainly excellent at having the most humongous lower grille opening we can remember from recent history. It’s claimed to help improve airflow – a product of 100 hours in the wind tunnel – whilst the larger front splitter and new rear spoiler also do their bit. Inside features Recaro seats and a flat-bottom steering wheel; two additions that don’t quite succeed in hiding the humble roots of the base Camaro. 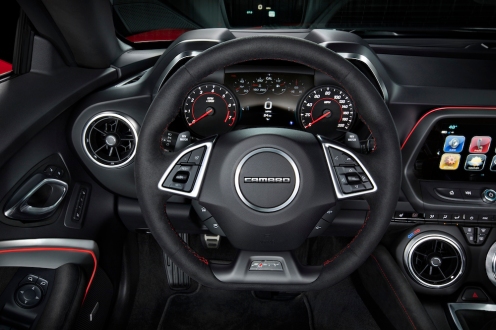 Don’t stare at the budget switchgear for too long. 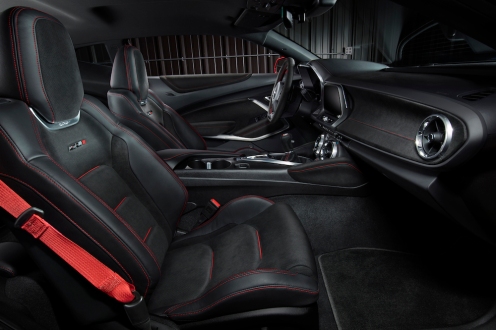 There’s a host of special features such as Magnetic Ride suspension, an electronic limited-slip differential, and a launch control system as standard. We’re imagining any launch control results in much smoke from the rear Goodyear Eagle F1 Supercar tyres, on account of all that torque. 20″ alloy wheels are standard, most probably to make space for the massive six-piston Brembo brakes at the front, attached to 390mm discs.

A six-speed manual gearbox comes as standard, but there’s also the intriguing option of a ten-speed (yes, 10!) automatic ‘box with paddle shift. Chevy claims the extra ratios help keep the LT4 engine in its sweet spot during acceleration, but it’s hard to imagine this particular engine lacking shove at virtually any rpm. 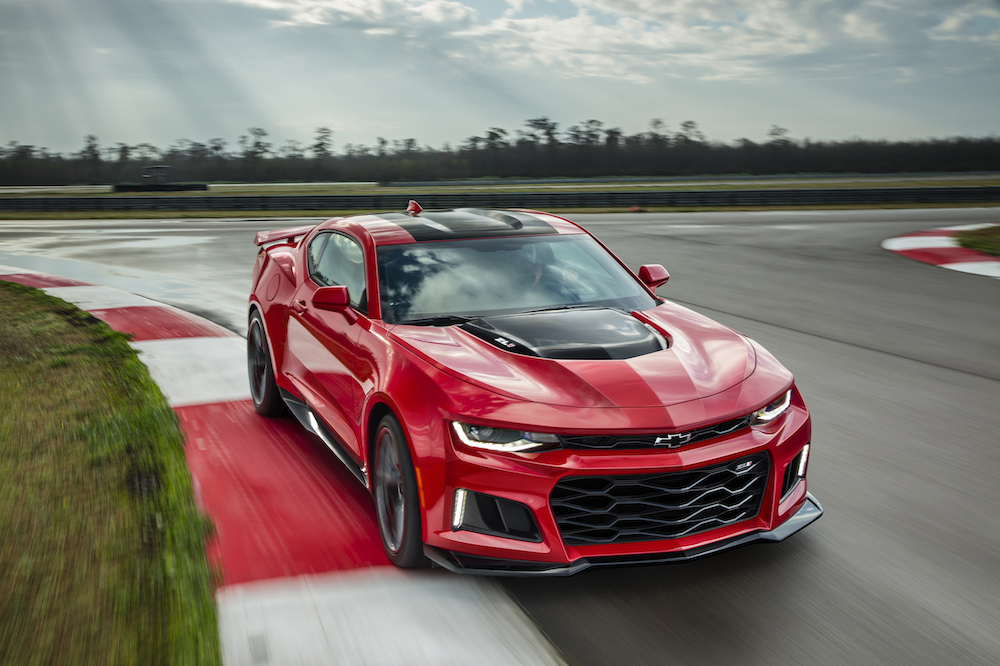 There’s no official performance figures yet, but ESM would like to venture these will be suitably fast. Set to go on sale later in the USA later this year, there’s no official word on whether the ZL1 will make it across the Atlantic.