ESM’s editor was rather busy during 2018. But there is always time to pick a favourite car from the year, of course.

Let us deal with the elephant in the room, first. Yes, it’s been rather quiet on ESM during 2018. Sorry.

Juggling a normal 9-5 job, writing for the wonderful people at Motoring Research, and dealing with ‘real life’ means this place has been neglected over the past twelve months. I’ll promise to try harder in 2019, honest!

But before you accuse me of lazy self-indulgence for picking the car I call ‘mine’ (according to the V5 anyway), there are some very good reasons.

It was a bargain 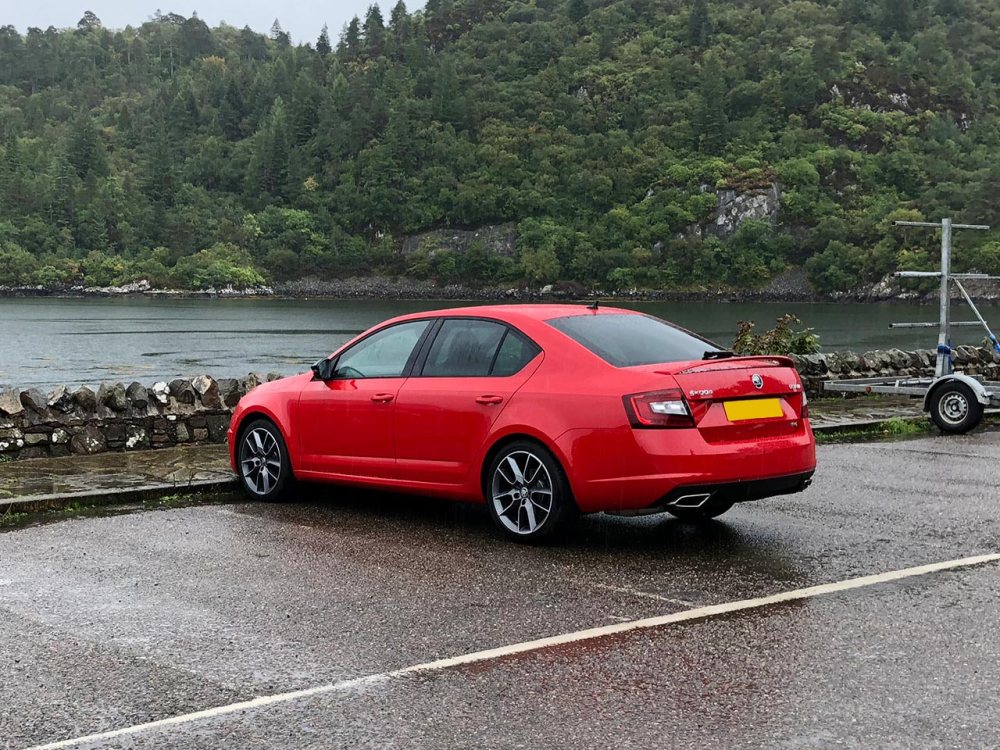 In a rare ‘person who writes about cars spend own money on new one’ shock, I acquired the Octavia vRS from new. By acquired I mean, like three-quarters of most new car buyers, financed through a PCP deal.

The Octavia vRS came via an online broker, with a whopping £7,000 removed from the list price. A product of manufacturer finance contributions and sizeable discounts turned the already affordable vRS into an offer simply too good to ignore.

Using PCP also means that, if diesel values fall into the sea, at least I can simply hand it back and walk away at the end of the deal period, too. 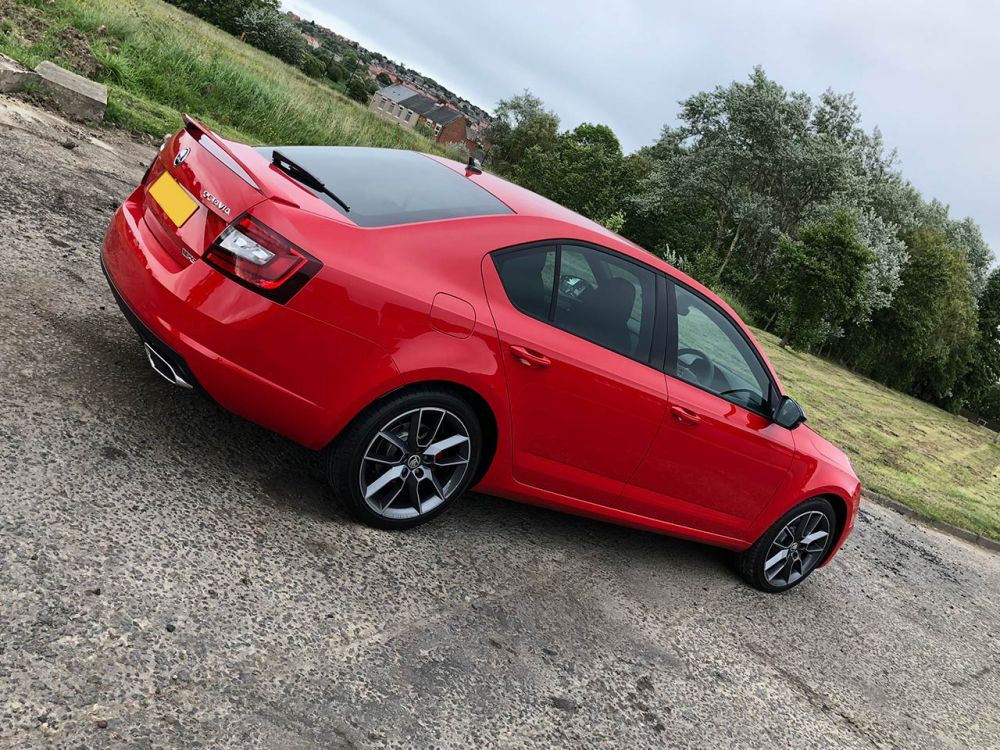 I know sections of the media have vilified diesel power as worse than Brexit and Donald Trump combined. Without delving too far into the whole diesel debate, it’s clear that people have been buying derv-powered cars when they really didn’t need too.

Before buying the vRS, I did my research on what my newly extended commute would entail to see what car would work best for my needs. Based on mileage, running costs, fuel costs, and more the diesel won out.

The reward has been an average fuel economy when commuting in the mid to high 50mpg zone. That is with my notable lack of eco-driving sensibilities, and a desire to make progress.

In fact, the vRS TDI can be driven virtually any way possible and still return a respectable fuel economy figure.

Being pious with fuel hasn’t stopped the Octavia vRS from being fun though. I’m willing to go so far as to say it is actually more enjoyable to drive than my previous car – the Volkswagen Polo GTI.

A hefty hit of turbodiesel torque certainly helps, and gives the vRS healthy cross-country pace. Chasing another Octavia vRS along windy roads in the north of Scotland remains one of my favourite motoring experiences of 2018.

No, it’s not a supercar, but the usable performance from the vRS makes it far easier to enjoy in everyday situations. 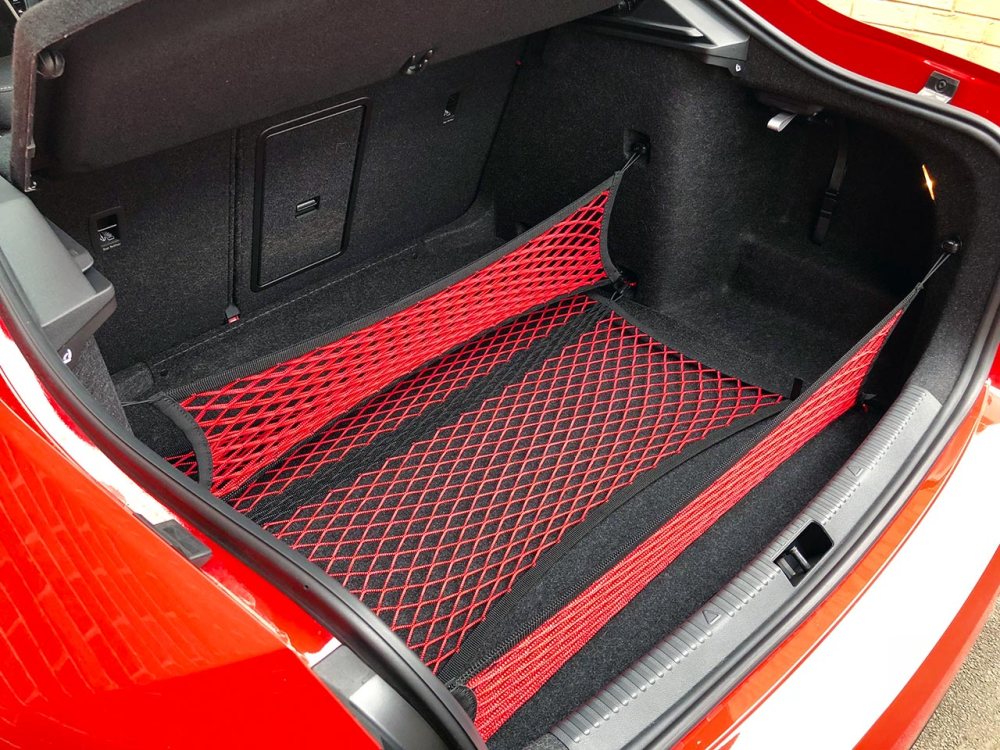 Aside from the fuel economy, one of the main plus points for the vRS is the way it has so easily melded into daily life.

The boot is predictably huge, offering up some 590 litres with the seats up. It’s so deep that I had to invest in a (bright red) cargo net to stop everything rolling around. There are also the pleasing Skoda ‘Easter Eggs’  such as the ice scraper inside the fuel flap, and umbrella beneath the front seat.

Standard Apple CarPlay makes playing music, and using apps like Waze, a fairly simple proposition. Then there’s the bright LED headlights, cruise control, climate control, and other kit to add to the equation. 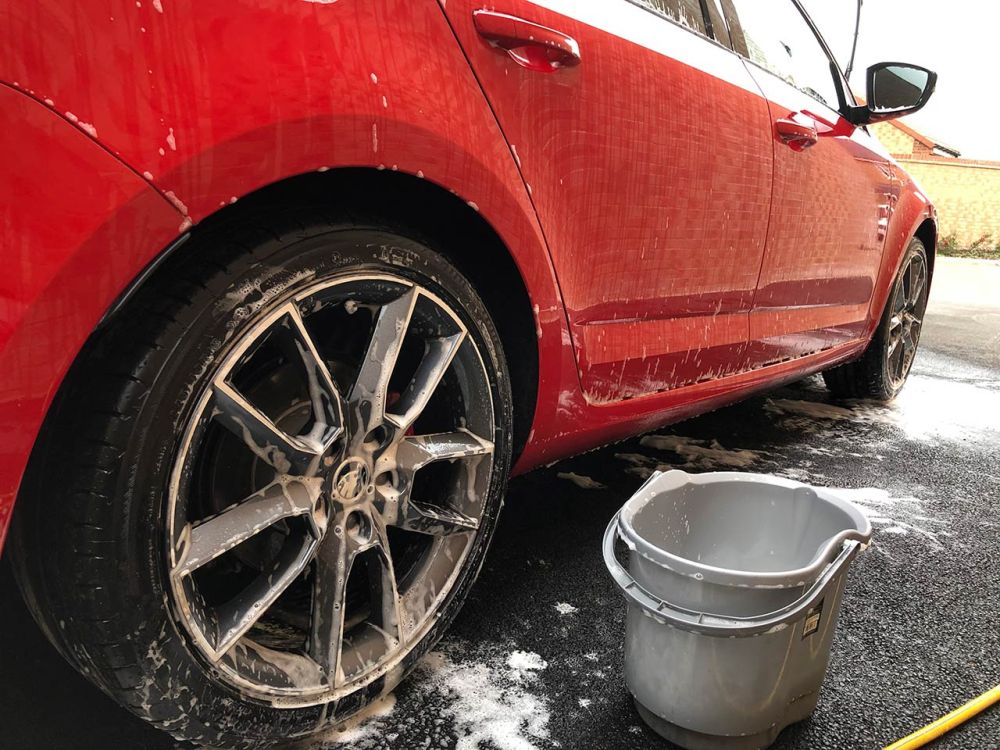 As happy as I am with the vRS, don’t think it is free from annoyances.

The climate control seems to take an age to clear the inside of the windows, with the front windscreen an absolute pain for misting up.

On something with such a lengthy snout, front parking sensors should really be standard – not an optional extra. The rear spoiler also eats into the already restricted view from the back window.

In common with other Volkswagen Group multimedia systems, the large touchscreen can also crash and fail to respond for unknown reasons. It’s also a magnet for fingerprints and thumb marks, too.

It genuinely makes me smile 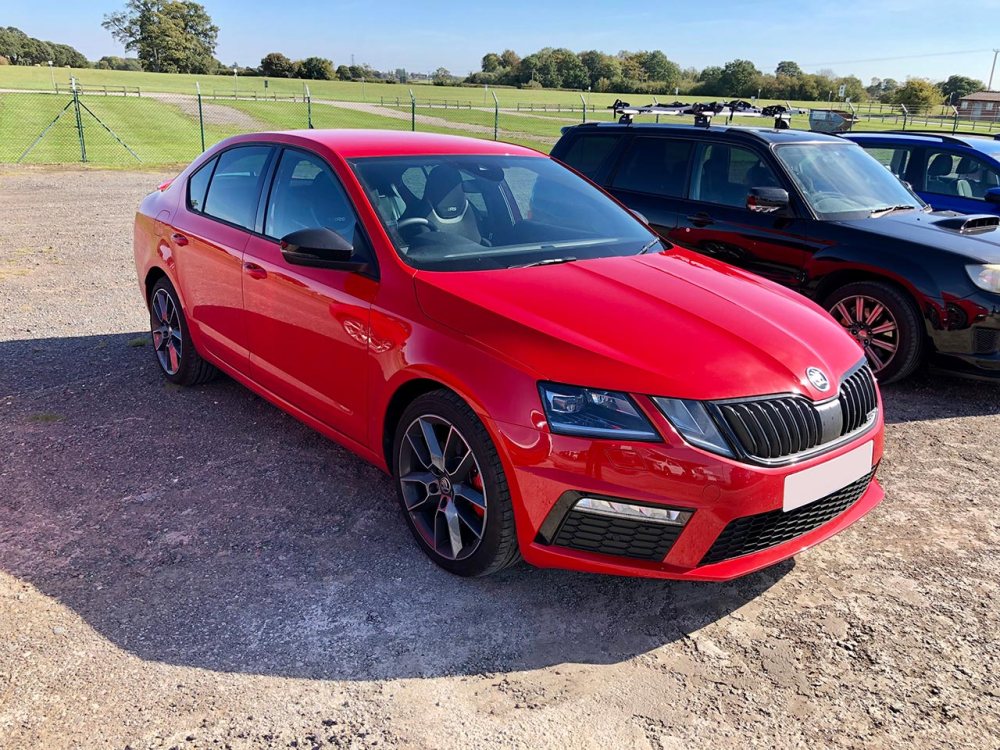 The vRS might be the most grown-up car I’ve had, yet it also manages to genuinely leave me with that slightly warm fuzzy feeling.

Being painted ‘dog dick red’ means it avoids looking too much like an unmarked police car, although it still bizarrely manages to unsettle some drivers. Corrida Red also makes it look a little like a taxi, but I enjoy that the blue collar connections of the Octavia avoid it being pretentious.

I may be over-romanticising the humble Octavia, but the extensive fleet usage of it makes me think of a Ford Crown Victoria. Just without the body-on-frame construction, or the unstressed V8 engine.

But the sentiment is the same. People buy the Octavia to depend on it and, after six months, I can genuinely understand that.

There we go then. EngageSportMode’s 2018 Car of the Year is, unashamedly, a diesel Skoda.