This week sees the start of the epic 10-day Mecum Kissimmee auction event, with 3,500 cars crossing the auction block. ESM has made some ‘different’ choices from the lot list. 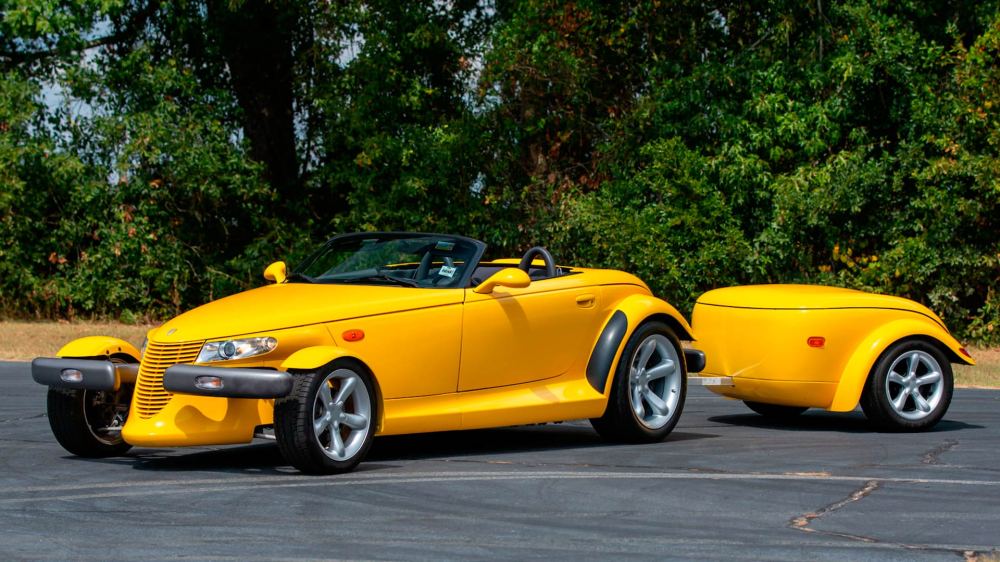 With so many cars on offer, the Mecum Kissimmee sale really is a case of something for everyone. As a result, ESM has decided to delve into the auction catalogue and dig out ten alternatives to the collector car regulars.

Forget traditional Mustangs or Ferraris, as we have gone digging for the more random options heading for sale in Florida.

The Mecum Kissimmee auction is absolutely packed with classic muscle cars, with almost too many to choose from. However, in a break from the reams of Chargers and Challengers, we have gone for an alternative Mopar Hemi.

A 1966 Plymouth Satellite is a fairly subtle thing, even when painted in Gold Metallic. As the range-topping Belvedere model, this Plymouth could be ordered with a special option in ‘66. The incredible 426-cubic inch (7.0-litre) Street Hemi V8 engine, with 425 hp and 490 lb-ft of torque, originally developed for use in motorsport.

It makes for a fearsome machine on the road, yet this ‘Hemi-powered drone’ has only the subtlest of exterior badges to give the game away. ESM would buy it, and scare anything short of supercars at the nearest drag strip.

With an even bigger engine than the Hemi Satellite, but nowhere near the horsepower, a Lincoln Continental Mark IV would make an intriguing garage companion. Painted in Light Ginger Diamond Fire Metallic, and with a white interior, this is a wonderful example of the excesses of the mid-1970s.

The 460-cubic inch (7.5-litre) V8 engine might be massive, but power peaks at just 225 hp. Given the Continental Mark IV weighs in excess of 5,260 lb (2,300 kg) it makes for sedate performance. Oh, and let’s ignore the question of fuel consumption…

What makes this car a potential star at Kissimmee is the low mileage. Only 14,000 miles have been covered from new, with the original spare wheel still untouched. 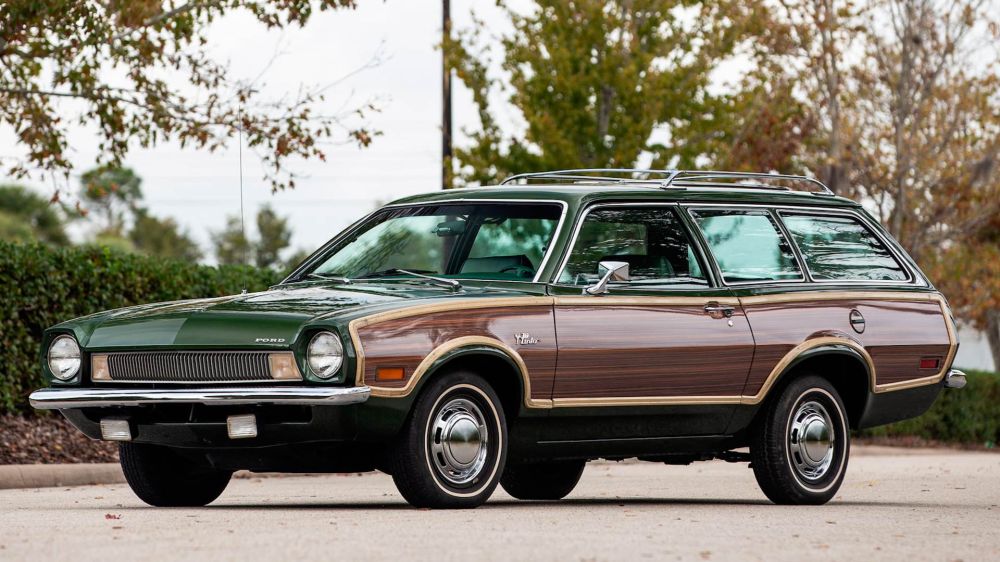 The Ford Pinto often gets a raw deal due to its reputation for catching fire in rear-end collisions. Also, Ford’s response to the criticism was less than impressive, with the resulting litigation and recall costing the company hundreds of millions of dollars.

That shouldn’t detract too much from this petite Pinto wagon, featuring the optional Squire package. Ticking that box meant woodgrain trim on the sides of the exterior, making it look like the full-size Country Squire estate. Yet this one will fit far more neatly on UK roads.

There is no large V8 engine here though, with 2.0-litre four-cylinder engine providing a meagre 86 horsepower. Still, it’ll help offset the fuel economy from the Lincoln.

A relative of the Fox-body Ford Mustang, a Mercury Capri makes for an intriguing alternative to the more predictable ‘Stang. Given the popularity of all things from the 1980s at present, ESM is keen to jump on the bandwagon with some extra retro cool.

Engine options varied between model years for the Capri, but this RS version has a 5.0-litre V8 fitted. It also has a rare five-speed manual gearbox, rather than an automatic unit, adding an extra dose of driver appeal. An output of 175 hp might not trouble modern muscle cars, but it will still let the Capri RS hold its own in traffic. Oh, and it does have three-spoke alloy wheels!

With films like Top Gun and Wonder Woman 1984 being released in 2020, nostalgia for the 1980s looks here to stay. Just like this Capri RS. 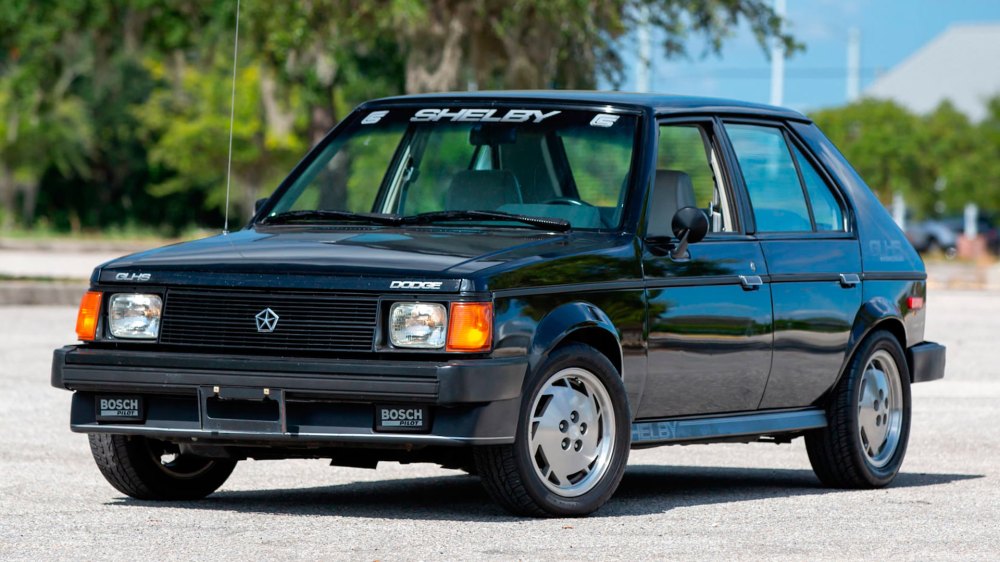 What does GLH-S stand for, you may wonder? The answer is “Goes Like Hell Some more”, with Carroll Shelby using it to describe the performance of this modified Dodge Omni hatchback.

Shelby made only 500 examples of the GLH-S in 1986, powered by a 2.2-litre turbocharged engine making 175 hp. That might not seem much today, but it’s worth remembering a contemporary VW Golf GTI 16v came with only 137 hp at that time. Each was fitted with adjustable Koni suspension, upgraded brakes, and a five-speed manual gearbox.

Being able to hit 0-60 mph in 6.7 seconds made it good enough for this example to be included in a collection of muscle cars. It’s also likely to be the (second) most affordable Shelby-badged vehicle on sale in Kissimmee.

Shelby made 500 examples of the CSX VNT, using a variable-vane turbocharger to increase torque from the 2.2-litre engine. Although power stayed at 175 hp, twist increased to 205 lb-ft, whilst turbo lag was reduced. Shelby also fitted wheels made of composite plastic for lower weight.

Does ESM really need two Dodge-based Shelby creations from the 1980s? No, but we still want them, thanks.

The Plymouth Prowler is a real guilty pleasure for ESM. Forever criticised for not featuring a V8 engine under the hot rod-inspired bodywork, the Prowler has always had a chip on its shoulder.

This is at least a later 1999 version, which saw the standard 3.5-litre V6 engine improved to offer 253 hp. It meant the 0-60 mph time dropped to under 6 seconds, offering performance slightly more in keeping with the looks. This one even has the added bonus of coming with a matching trailer that mimics the Prowler’s boot.

Perfect for a pan-European holiday trip, or just a really elaborate way to take things to the local recycling centre.

Dale Earnhardt was a NASCAR legend and his death in 2001 shocked the motorsport world. His iconic #3 Chevy was the inspiration for this special edition version of the road-going Monte Carlo SS.

It’s worth noting that by 2002, NASCAR racers bore little mechanical resemblance to the cars they were ostensibly based on. Instead of a pushrod V8 engine, this SS features a 200 hp 3.8-litre V6 engine driving the front wheels. It has, however, only covered 230 miles from new, leaving it in showroom condition.

We’ll take this one to pay tribute to the greatest moustache in motorsport.

ESM loves wagons, so rounding out this collection is one of the biggest of all. This is a rare estate version of the Cadillac Fleetwood, made by Traditional Coachworks in California. Only 11 examples of the Castilian Wagon are believed to have been produced, with each car tailored perfectly for their individual buyer.

The price when new was more than double the $15,000 charged for a range-topping Fleetwood sedan. Under the hood of this example is a 500-cubic inch V8 engine, with an automatic transmission, power steering and power brakes also fitted. Leather upholstery, air conditioning, cruise control, and tinted windows ensure the Castilian is as luxurious as you may expect inside.

It might be vast for UK roads, but think how much stuff you could fit inside it. Forget SUVs, and make this the perfect family machine.