Continuing the Volkswagen Motorsport domination of the 2013 World Rally Championship the team, and Sebastien Ogier, can now add Finland to those already notched up.

Ogier had finished day one of the rally in second place, but made his move on Friday to stake out a 38 second lead going into today’s final stages. He showed no sign of slowing down, claiming a further brace of stage wins, including the legendary Ouninpohja test.

To celebrate, here’s a photo of Ogier getting some serious air in the Polo R WRC earlier: 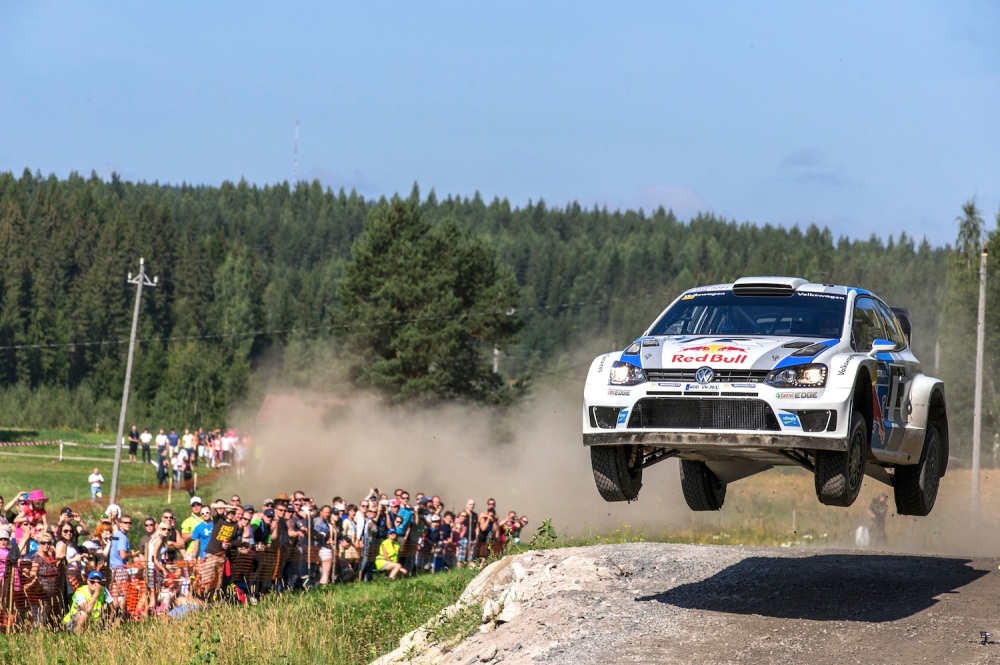 Rally Finland, formerly called the 1000 Lakes Rally is renowned as one of the fastest rounds on the World Rally Championship calendar. Characterised by fast sweeping gravel roads, huge jumps, unforgiving trees and thousands of spectators Finland is perhaps rallying in its purest form. To win here marks out Ogier, and the Polo R WRC, as seriously respectable.

Ogier now has a commanding lead in the driver’s championship, and will be looking to add another win to his collection at Rally Germany in three weeks time. No doubt Volkswagen will expect a strong performance in front of their home crowd too.