After an extended hiatus due to relocation, ESM returns with it’s regular Friday feature.

Ok, 24 hours probably doesn’t qualify as archived, but EngageSportMode finds it impossible not to feature the all new 2015 Ford Mustang. So here it is: 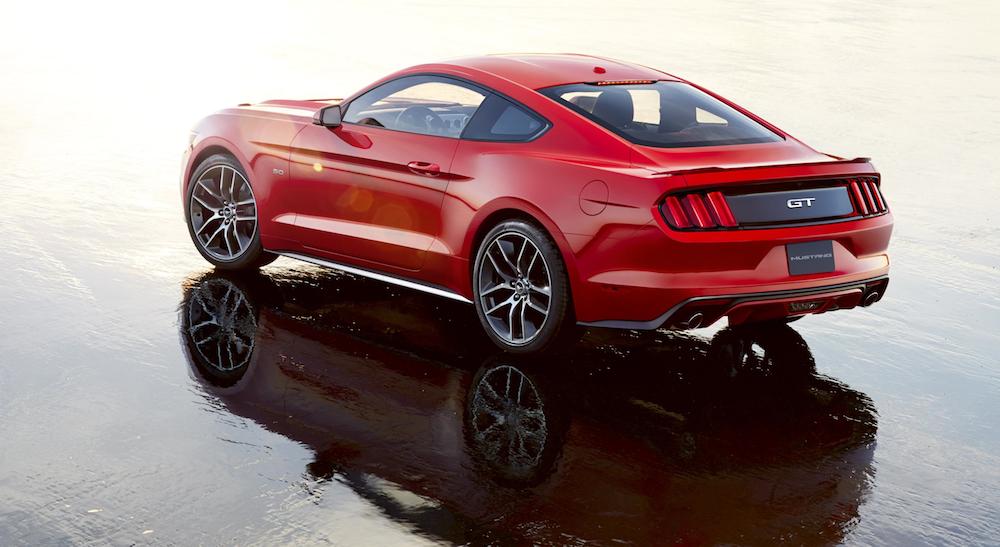 Styled by Moray Callum, younger brother of Ian Callum, the new Mustang dispenses with a lot of the previous versions heavily-retro features. Familiar Pony car elements such as the triple-bar tail lights remain, they’re just modernised. Is it handsome? Yes. Is it unmistakably a Mustang? Hmm, probably, but not as we know it of late. The basic shape shares more design similarity with the fourth generation Mustang which existed from 1993 to 2004, than the outgoing model. Some have also pointed out that the front end has a whiff of Nissan about it, and there’s certainly some BMW 6-Series in the lines along the door.Importantly, according to Ford, it’s also going to be the first time in the Mustang’s 50 year history that it’ll be officially sold in Europe. With the EU in mind, the Blue Oval has seen fit to add a turbocharged EcoBoost 2.3 litre four-cylinder engine to the range, with one eye on fuel economy and emissions at least. 309 PS will surely make for decent performance, but anyone wanting the full-fat ‘Stang experience will likely want the five-point-oh V8. This 5 litre lump packs 426 PS and 390 lb ft of torque.

The ancient live-axle rear suspension has finally been ditched from the Mustang’s chassis, with it now using a thoroughly modern independent setup. Overall weight has been reduced, with stiffness also increased, changes said to make the Mustang more dynamic and engaging to drive.

In time the shape will grow on EngageSportMode, and the promise of right-hand-drive is very appealing. Fingers crossed the 2014 may bring the chance to get behind the wheel of the global market ‘Stang.