No, it might not ever sell as many units as the Ford Focus, but a supercharged V8 estate car is still something to be celebrated. So here it is, ahead of its official Geneva Motor Show unveiling; the new Jaguar XFR-S Sportbrake: 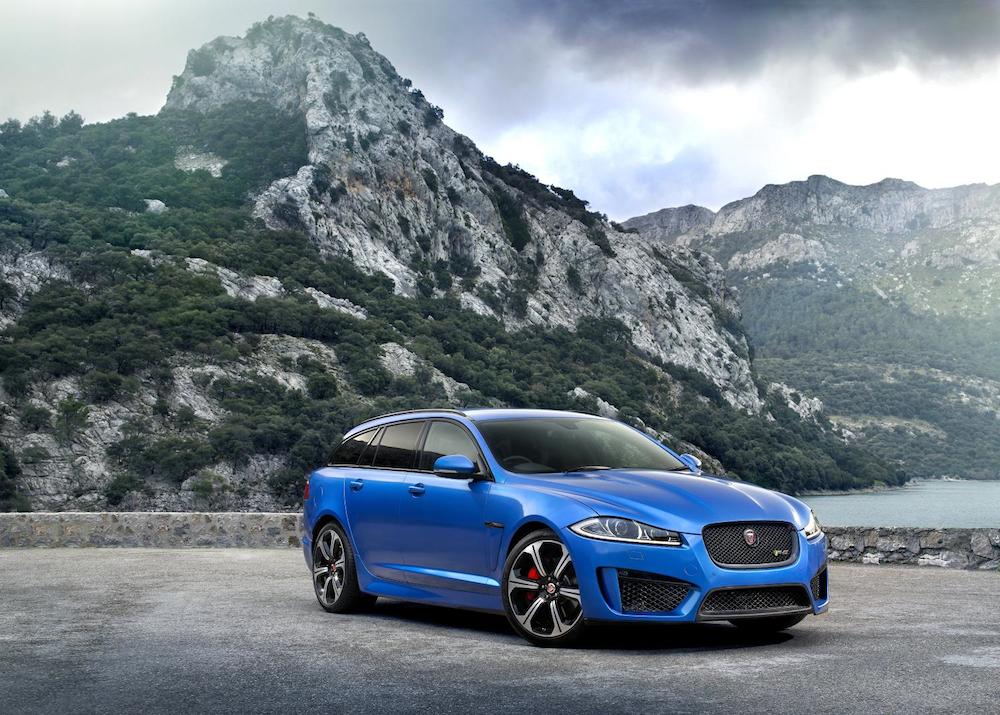 ESM will be honest and say this one took us very slightly by surprise. Jaguar was rather late to the party with introducing an estate version of the XF in the first place, so we really didn’t expect this given that the entire Sportbrake range currently consists of only diesels!  However, it’s here and as EngageSportMode is a lover of fast load-luggers, it’s something to be celebrated.

The headline stats are virtually identical to the four-door saloon variant, but just incase you’re unfamiliar here’s a quick recap:

With that much firepower the XFR-S Sportbrake takes to fight to rivals such as the Audi RS6 Avant and Mercedes-Benz E63 AMG, but finds itself a little lacking. Compared to the 560 PS RS6 and 565 PS E63 AMG, the XFR-S it only a touch behind the Germans on power, but lags further behind on torque – 700 NM (516 lb-ft) for the Audi, with 720 NM (531 lb-ft) from the Mercedes-Benz. As a result, the XFR-S loses out on 0-62 mph times but does at least, by virtue of the Germans being limited to 155 mph, best them on top speed. 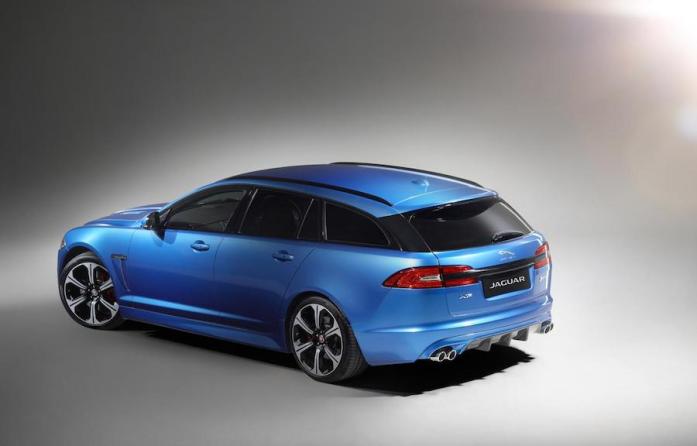 Does it matter? Well, it’s all relative. if you’re someone who’ll never own a German performance car on principle alone, the introduction of the XFR-S Sportbrake at least now gives you the option of a rapid dog-carrying device. But with an anticipated list price of £82,495 in the UK, you’re going to really have to want one to justify it over the £76,985 Audi RS6 and £75,885 E63 AMG. In this price bracket a few thousand perhaps matters less than at the other end of the scale, but it still sets high expectations for the XFR-S to justify the premium pricing.

Perhaps the standard Adaptive Dynamics active suspension system, electronically locking differential, bespoke Pirelli tyres and 380mm front / 376 mm rear disc brakes can produce a package able to beat the Audi and Mercedes-Benz away from a drag race? environment? Failing that, the 825W Meridian 18-speaker stereo system and 1,675 litres of luggage space with the rear seats folded flat might be enough to convince potential buyers of the need for the XFR-S Sportbrake in their lives. The fact it’s damn handsome with its 20″ ‘Varuna’ forged alloy wheels, bigger bumpers and Ultra Blue paintwork might just be enough to make buyers fall in love with it.

EngageSportMode doubts we’ll find ourselves falling over XFR-S Sportbrakes in the near future. Jaguar sold 21 XFR-S saloon models in the UK during 2013, so equally low expectations for the estate version seem reasonable. Still, any day that sees a new load-lugger with 550 PS be announced should be celebrated. For those 12 people wanting to buy one, orders can be taken from  1st April 2014, alongside a revamped 2015 Model Year XF range. Expect to see a lot more of the XFR-S Sportbrake at next week’s Geneva Motor Show.