Gran Turismo 6 has been kicking around for a while now, with a next-generation console GT7 still some way off. As such, Polyphony is still encouraging manufacturers to add more content to the PS3 game in the form of ‘Vision’ concepts. 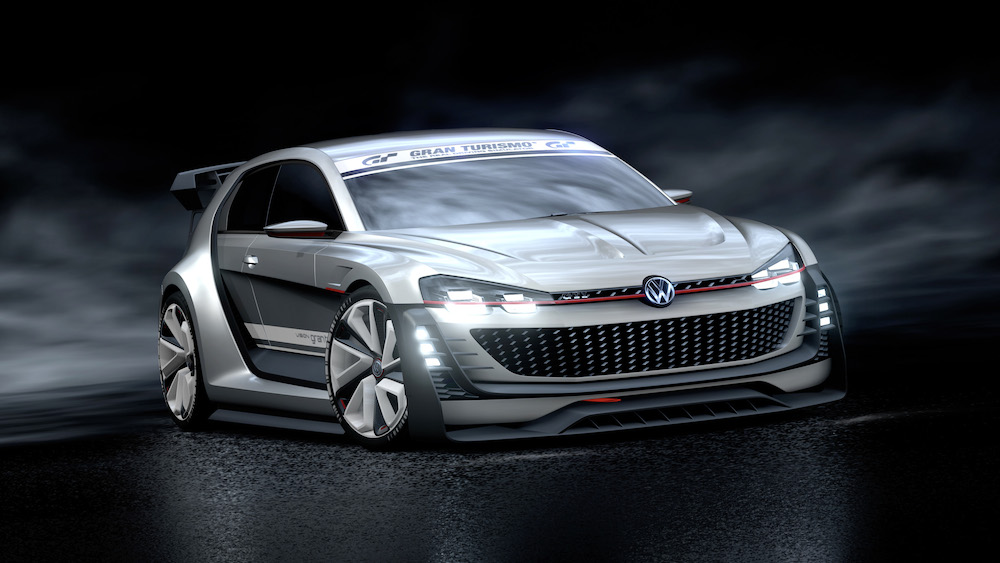 Volkswagen has already contributed to Gran Turismo 6 with the mental Vision Roadster from last year. But it’s decided to offer up another digital concept in the form of this GTI Supersport. Safe to say, it’s also pretty crazy. 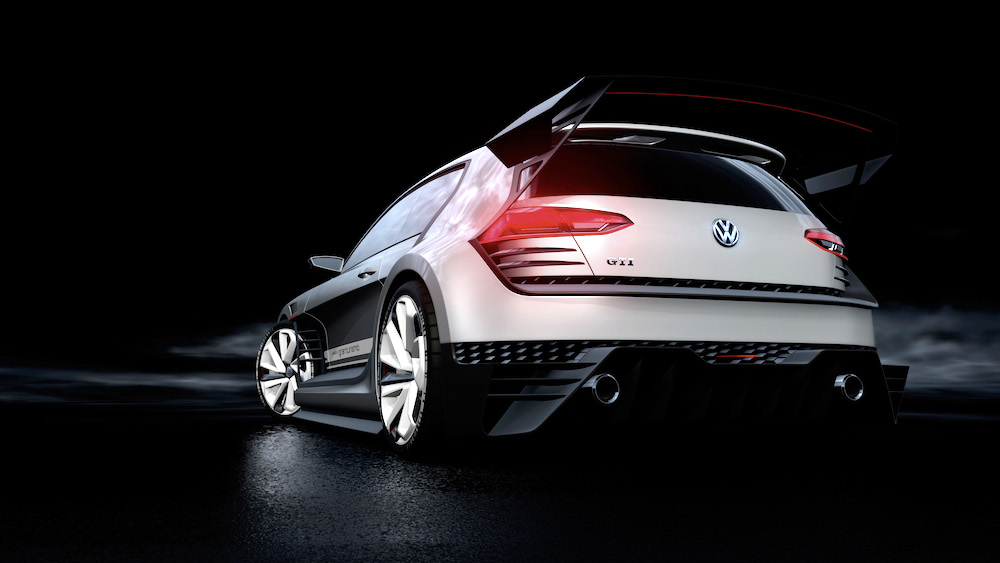 With a 503PS turbocharged VR6 engine and a 7-Speed DSG gearbox, there’s no doubting the virtual firepower of the GTI Supersport Vision GT. Unlike a normal Golf GTI, there’s a 4MOTION 4WD system to keep all that power under control, and 20″ wheels to, well, just look cool! The 0-62mph sprint happens in just 3.6 seconds, and there’s a top speed of over 186mph. 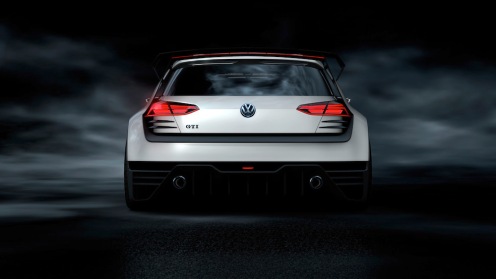 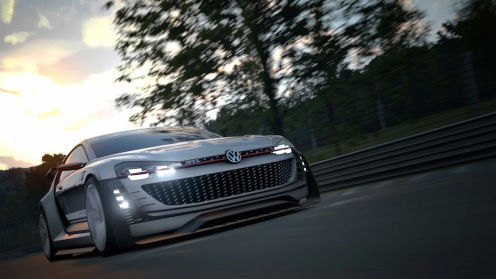 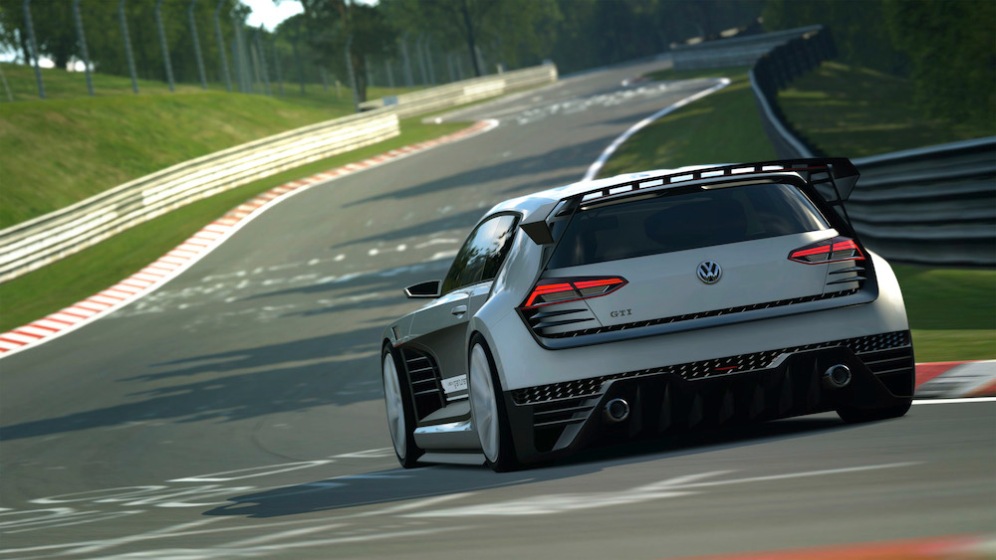 Freed from the shackles of practicality and road safety laws, it’s also meant Volkswagen’s designers could really let loose with the bodywork. The GTI Supersport does, however, still maintain obvious Golf GTI cues like the red trim running through the grille and headlights, and the daytime running lights in the outer reaches of the front bumper. But the huge wheel arches and gaping vents behind the front wheels are clearly the design team letting their minds run wild. Colour options include ‘Reflex Silver’, ‘Gran Turismo Red’, ‘Lapiz Blue’ and ‘Oryx White’, although there’s no word on whether the latter costs £900 more like on a real Golf GTI.

Like the Vision Roadster last year, expect to see a ‘production’ version of the GTI Supersport at the Worthersee Volkswagen meet next month, along with other concept offerings from across the Volkswagen Group empire. For now, we’re off to play Forza Horizon 2 some more – sorry Sony.