Round two of our SMMT 2015 mega-test continues, with a further batch of four cars. By mid-morning had we picked any more winners from the 170 on offer? Part one can be found here, if you need to read that first. 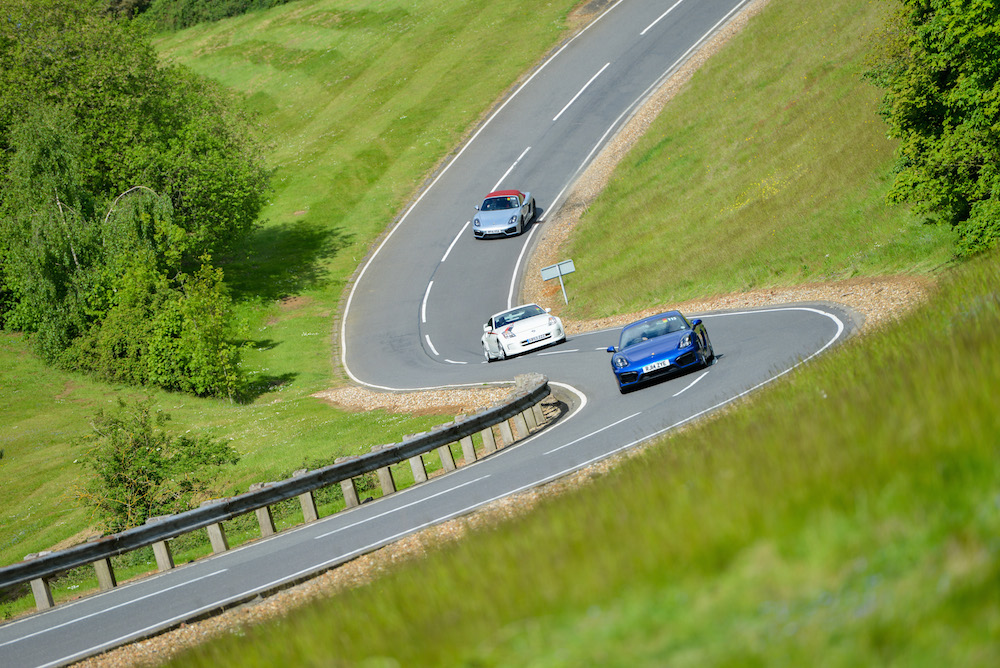 As a way to build up an appetite for lunch, two performance Renaults and a new MINI aren’t a bad workout. A soft-top Audi TT added an alternative slant on things. 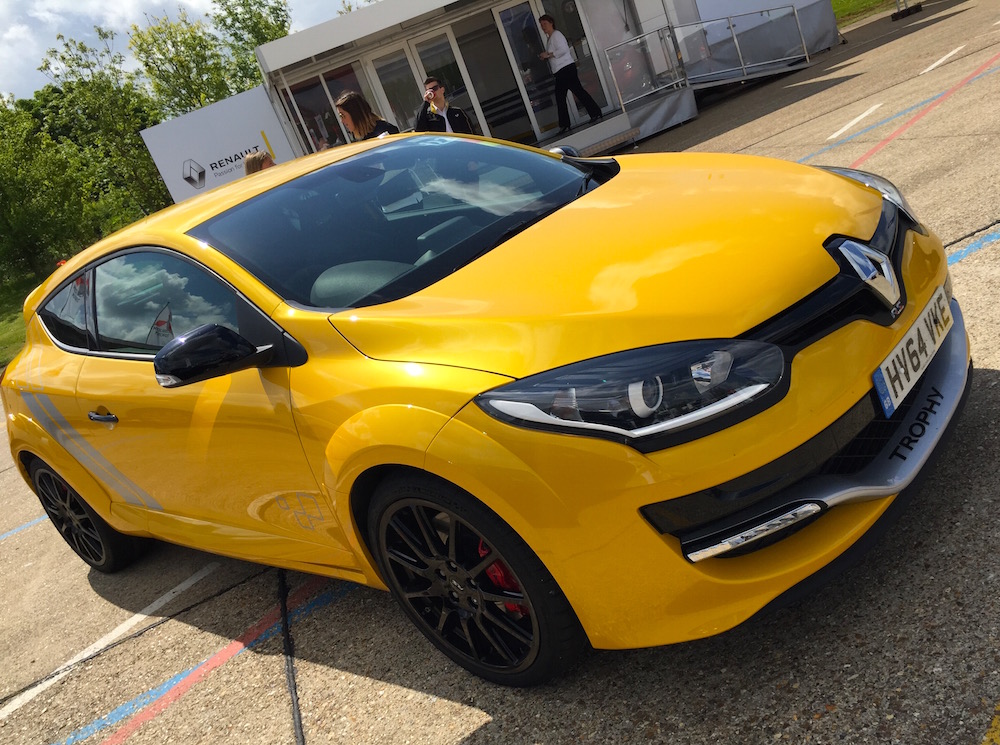 Some cars come with a large amount of hype surrounding them, and a Renaultsport product has to carry the substantial weight of expectation from motoring journalists on those French shoulders. Quite simply, the 275 Trophy cashed in over every single cheque written by it, to the point of ridiculousness. 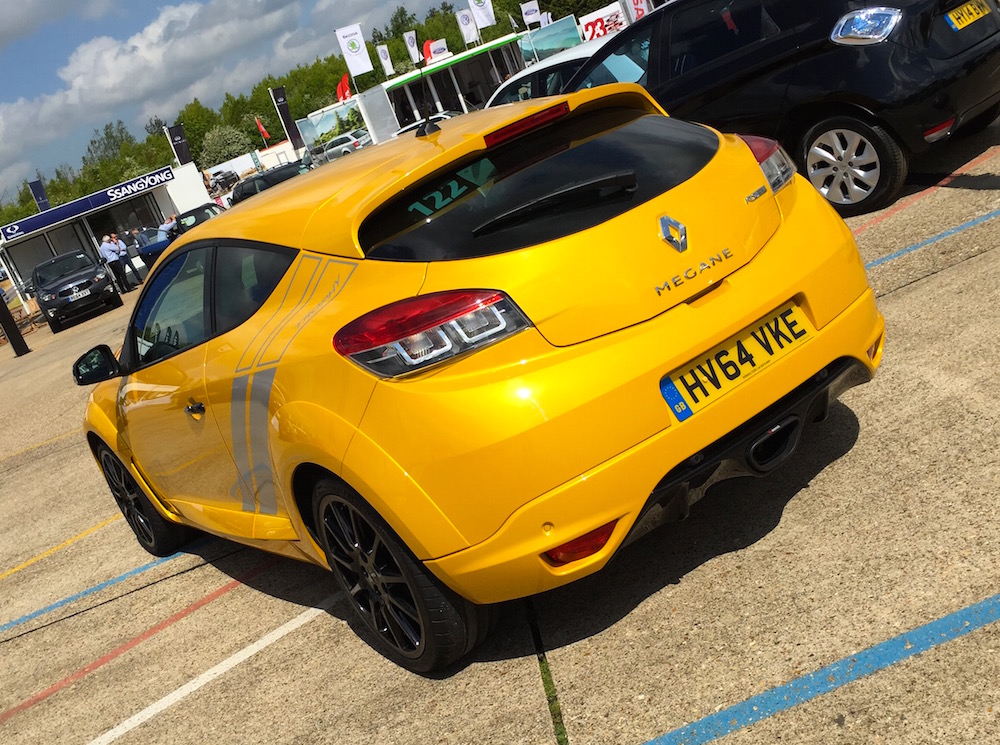 It probably helped that the guy from Renault made sure to put it ‘into Sport mode’ before we’d even left the steering pad. Even after the WRX STI, it became clear very quickly just how special the 275 Trophy is, with the Millbrook hill route suiting it perfectly.

The handling was as direct and precise as you could wish for in a sub-£30k hot-hatch, with such feel that you could really push the 275 Trophy with confidence. Renaultsport is keen to attract the track-day market, and there was no doubt this car would make an excellent ‘arrive-and-drive’ option.

However, the best bit had to be the Akrapovič titanium exhaust system, with a lovely bass note topped by pops and crackles on the overrun. With 271bhp, acceleration was suitably strong and the six-speed manual gearbox tight and precise.

It’s worth noting that, bucket seats and Alcantara steering wheel aside, the interior is nothing special. But such is the depth of talent in the 275 Trophy that this can be overlooked. In short, we didn’t want to give it back, and are still quietly pining for it right now.

Up until a few weeks ago, we didn’t even know this car existed. Yet, weirdly, it’s been on the Renault fleet for a while. Given the rising popularity for fast estates, the Sport Tourer GT 220 could be a real contender.

Having just driven the 275 Trophy, the GT 220 was an interesting comparison. Performance, with less power and the larger bodyshell, felt only slightly reduced and more than quick enough for normal driving. Without the titanium exhaust it was obviously quieter than the hardcore Trophy, but the 2.0-litre engine still makes a good sound.

Renaultsport have tuned the chassis, which came across in feel, though not quite as sharp as the Trophy. As with the performance, again there was no sensation of the Sport Tourer being unwieldy, with the estate body feeling smaller than it actually is. The ride, despite being on 18″ wheels, was also supple enough to use everyday.

In short, the GT 220 takes 80% of the 275 Trophy, but packages it in a body that allows you to bring the kids and dog along for the ride. Despite being somewhat obscure, there’s actually a lot to like about this car – it’s just a shame so few will probably ever know how competent it is.

Another car where Sport mode was engaged straight from the off, which probably made it even more fun on the Millbrook hill route. With 228bhp, the latest John Cooper Works is the most powerful production Mini yet, and the new 2.0-litre engine is meant to be a big deal.

Yet it was the chassis that was more entertaining than the power plant, as the ‘flappy-paddle’ gearbox seemed intent on ruining the fun. Whilst fairly happy changing up, coming back down through the gears the ‘box just didn’t play ball. This resulted in a lot of frustrated flapping away at the tiny paddles, and knocking the multifunction steering wheel buttons by accident. We’d hope the £1,300 cheaper manual option would be a lot more fun. 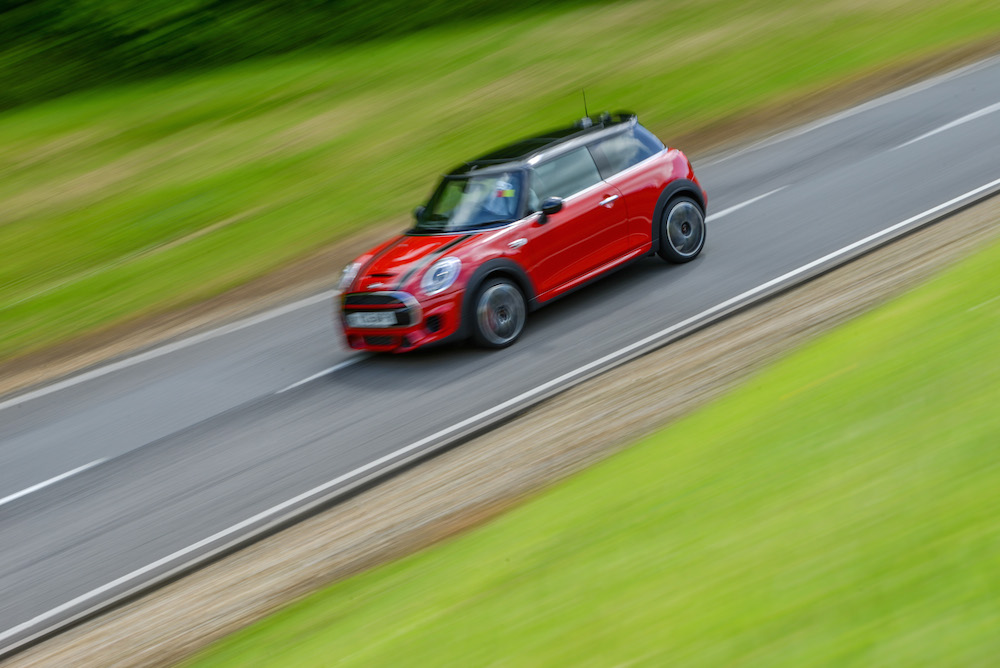 Helpfully, the engine has a lot of torque, so there’s less need to flap away at the gearbox, and it makes for effective cross-country potential. The exhaust creates a lot of silly pops and bangs, and adds to the general aura of silliness which surrounds Mini and the John Cooper Works model in particular.

Less silly is the interior which, bucket seats aside, already looks dated despite the latest incarnation of the Mini hatch being only 18 months old. The head-up display managed to be unhelpfully out of eyesight, and the digital fuel gauge mounted to the speedo looks plain cheap. With a starting price of £24,380 in automatic form, it quickly becomes a lot of money for a small car. We’d sooner stick with an Audi S1.

The latest generation Audi TT has been hailed as the one which finally adds driver involvement to the package of style and sophistication. Does chopping the roof off take anything away from this new car?

In short, no. Modern car construction is effective enough these days that removing something major – like the roof – doesn’t result in a total dynamic collapse. In fact, were it not for the clichéd ‘wind in the hair’ (and sunburn on the forehead) experience, you wouldn’t even notice that it was a roadster. Handling is as confident and accurate as you’d want from an Audi convertible, and the ride in Dynamic mode wasn’t too horrendous. It’ll never be a full-on sports car, so driven at 70% it’s not a bad way to cruise along.

The 2.0-litre TSFI engine makes a pretty good sound, although the manual gearbox fitted to this particular car wasn’t amazing. The gear knob itself seemed to project too far from the centre console, making shifts seem long and imprecise. Having tried the DSG S tronic box before, we’d have to recommend that one unquestionably over the stick-shift.

The Virtual Cockpit dashboard remains as cool as ever, and we’re still probably far too easily amused by the air-conditioning controls being housed in the vents. Everything else feels reassuringly solid, and goes some way to justifying that premium price tag. Not a bad car, but less EngageSportMode, more EngageCruiseMode instead.

Don’t forget to check back for our final part very soon.