The greatest noise from Aston Martin this year has, understandably, been all about the new DB11. Does it mean time is up for the naturally aspirated V12 creations? Ned Jasper takes a look at the latest Vanquish S.

Now, I don’t usually tend to comment on a car manufacturers yearly model alterations. The changes from the previous year are minor and, for the most part, insignificant. For me to write about a new brake light cluster or centre console alterations is, to say the least, boring. You’d probably enjoy reading about them as much as a vegetarian enjoys a bacon sandwich. But, when Aston Martin announced they were adding the Vanquish S to their range next year, I just had to do something.

This is it. At a glance it looks much the same as a ‘normal’ Vanquish. That is, effortlessly pretty. Somehow, Aston manages to do something to its cars – something indescribably special. (The fact that you’re reading this means we probably share the same passion, and that you completely understand what I mean. It’s like Aston sprinkles a little bit of magic in with every car that leaves the production line. The bodywork manages to catch the light in ways that you never thought were possible. The paint’s so deep, and so rich, you could almost waste an afternoon getting lost in the colour. Then there’s the noise, a deep, baritone, soulful howl that couldn’t be more Aston if it tried. All of this is true for a normal Vanquish, so what about the ‘S’?

The ‘S’ features a GT12-style grille (in carbon, of course), a reworked front splitter which makes the car look like a chisel-jawed movie star, quad-exhausts (up two from standard), a sculptured carbon diffuser, and a smattering of baby blue flourishes around the car. Aston had a big task of trying to improve on the standard Vanquish and, whilst they haven’t exactly made it worse, I do wonder if you can have too much of a good thing. Don’t get me wrong, I’m all up for a bit of exposed carbon fibre, but I can’t help wondering if the Vanquish S would look a little more suited to some gloss black paint highlights. After all, this is Aston’s GT car; a Grand Tourer, not a track focused weapon. Perhaps I’m being pedantic, but you can make your own mind up about the carbon when you order one.

The interior, however, is refreshingly old-school Aston. There’s an endless sea of Black ‘Filograph’ leather laced, with contrasting white stitching – other colours are probably available. Then there’s the centre console; the climate control buttons and glass key slot that stick out like jewels on a crown. Not a bit of cheap plastic in sight. The centre console trim is, annoyingly, carbon fibre yet again only this time it’s not just any old carbon fibre. This is satin chopped carbon fibre. That means it looks a cross between urban camouflage and brushed steel, you can make your own minds up about that. But get the black piano wood instead… 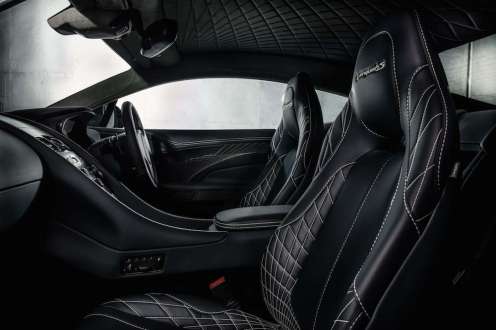 Acres and acres of leather.

Now we’ve seen the aesthetics, you probably want to know just what makes this Vanquish S, an ‘S’. Under the bonnet you’ll find the same glorious 6.0-litre V12 as in the ‘standard’ car. Only here it’s been fettled to make an extra 27bhp. That brings the total horsepower up to 595, and the 0-62 time down to 3.5 seconds – a tenth quicker than the standard car. Both the Vanquish and Vanquish S still top out at 201mph though. As well as the extra bump in power, the ‘S’ also has an updated eight-speed Touchtronic transmission – hello, quicker gearshifts. There’s also some suspension changes, namely tweaked spring rates, anti-roll bar bushes and damper internals. 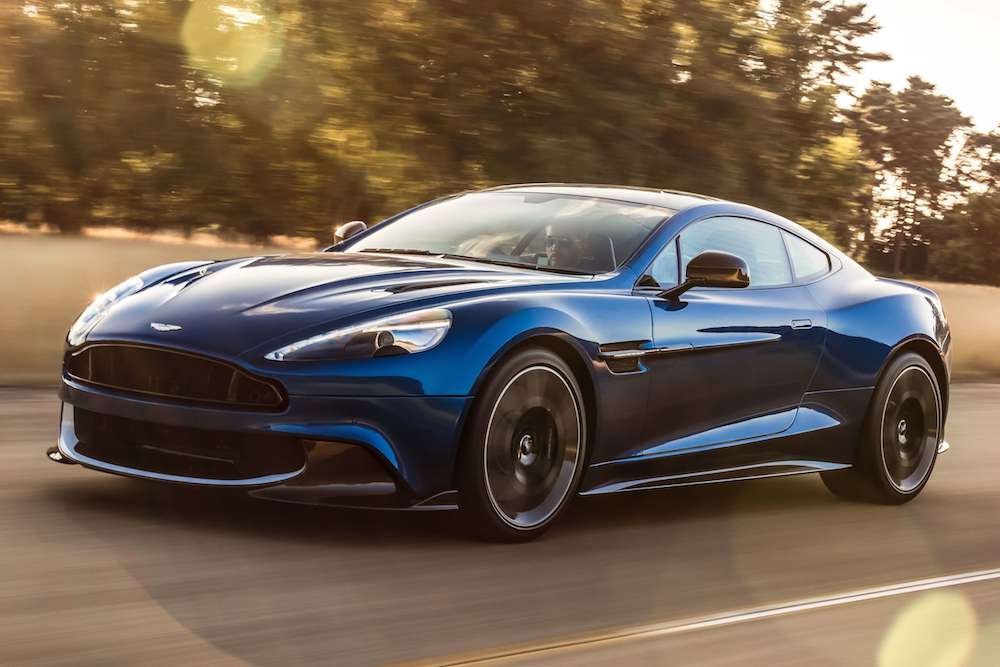 But, to be honest, none of any of that really matters. You see Aston Martin is now in a new age. The famed 6.0 V12 is soon to be out, in favour of the new twin-turbo 5.2-litre V12. The Vantage is also on its way out, and now they’re even making an SUV. Sure, the Vanquish will live on into the future, but the chances of it leaving Gaydon (Aston HQ) without forced induction are slim. I hate to say it, but this the Vanquish S might be the last true Aston Martin ever made. It’s a true British sports car made by a little British company, just before they went big.

The new Vanquish S costs £199,950. So if you’ve just won the lottery, or feel the need to splash some cash on a mile munching GT car, you should probably get one of these while still can.