It seems to have spent an inordinate amount of time lapping the Nürburgring, but Hyundai’s new hot hatch is finally here. 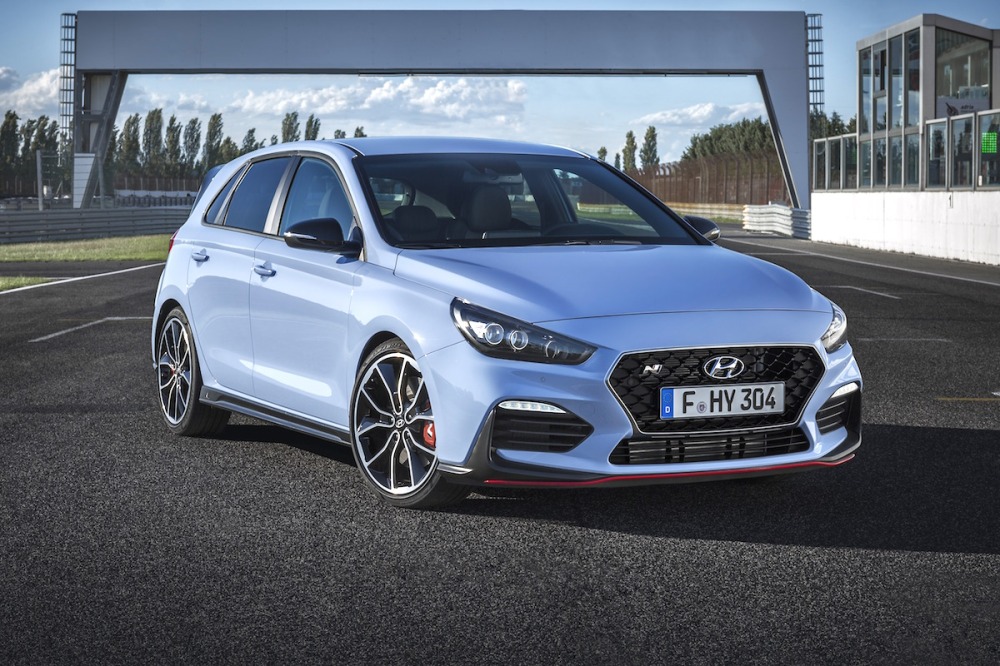 Hyundai is suitably proud of the fact that the new i30 N has racked up some 6,000 miles of testing at the fearsome Nürburgring-Nordschleife circuit. That includes competition running in the ADAC 24 hours race, along with substantial time polishing and refining the dynamics. It means Hyundai is putting real faith in the i30 N being able to perform on track. 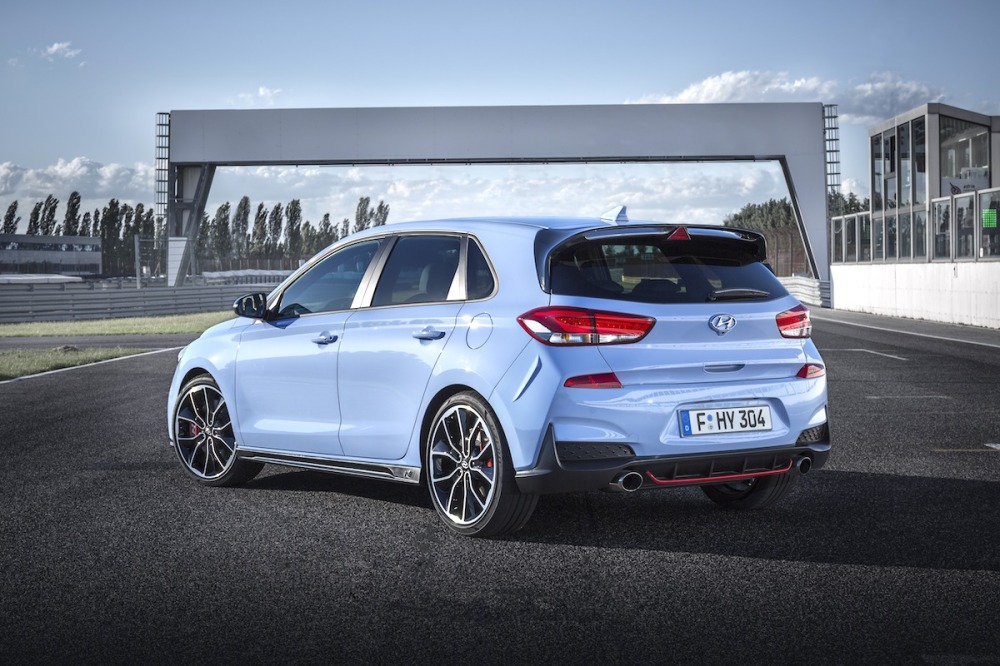 Before we go any further; what does the ‘N’ stand for? According to Hyundai it symbolises the shape of a chicane, and is relevant to this i30 being developed in both Namyang and at the Nürburgring. There are plans for more N-branded road cars, but this is where it all begins for real. 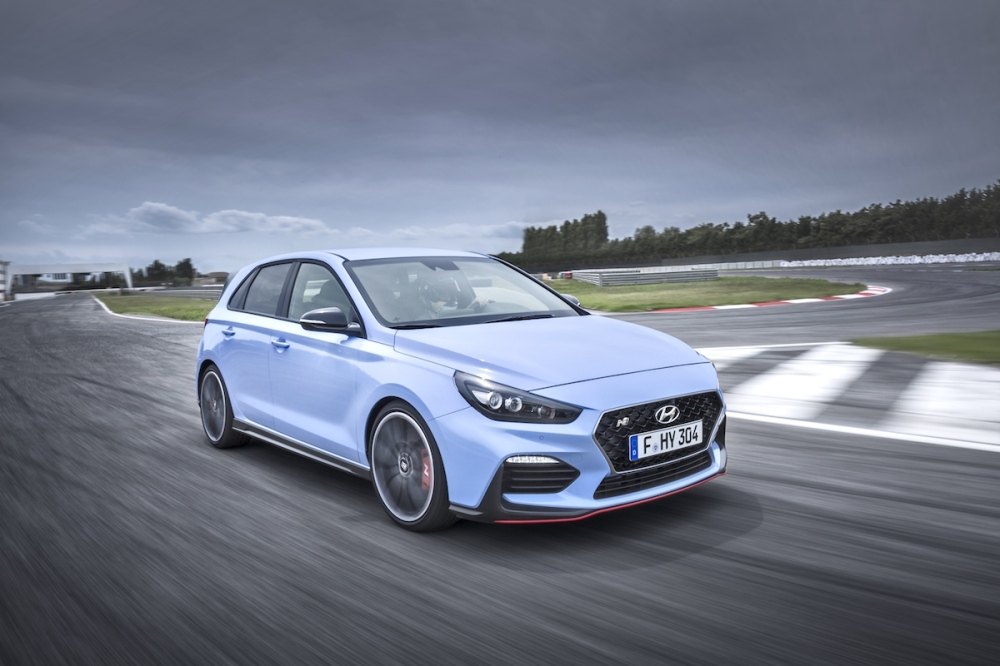 Although in reality, things started quite some time before 2017. Hyundai has been competing in the World Rally Championship with the i20 WRC car, wearing N badges, since 2014. Also, Hyundai offered the i30 Turbo as part of the previous generation range. We tested the old i30 Turbo and found it broadly commendable, plus a solid platform for future hot hatches. As such, we’ve high hopes for the i30 N, based on our previous quick Hyundai experiences and the wealth of performance equipment thrown at this new car. 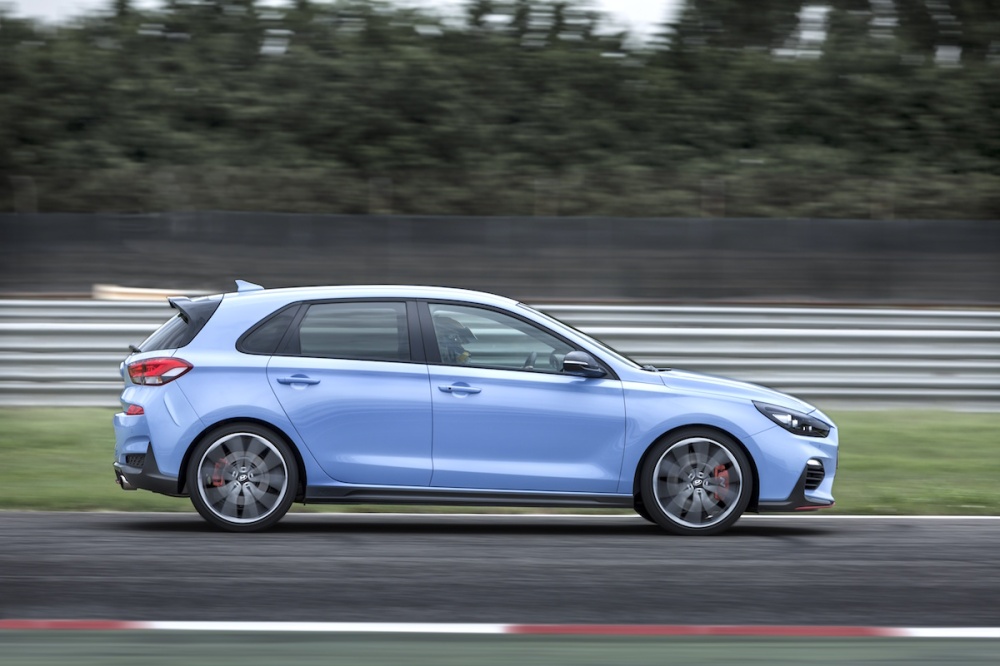 Power comes from a 2.0-litre turbocharged petrol engine, producing 247hp and 260lb-ft of torque. There is, however, an optional Performance Package that along with various other tweaks, boosts power to a more substantial 271hp. This leaves the i30 N in something of a hot hatch hinterland – more powerful than a Golf GTI, but with less horsepower than a Golf R, for example.

Actual straight line performance is more comparable to the Golf GTI, with 0-62mph done in 6.4 seconds for the standard car, with the Performance Pack-equipped version dropping this to 6.1 instead. Top speed for both is a respectable 155mph. A six-speed manual gearbox is the only transmission option, feeding just the front wheels with power. The gearbox includes a rev-mataching function, and even has a ‘launch control’ setting – perfect for ensuring you’re first away from the traffic lights.

The latter even includes something described as ‘after burn’ in the press release, but we’re guessing that’ll involve pops and bangs, rather than flames shooting from the tailpipe. We’re willing to be proved wrong though… Pleasingly the i30 N has a variety of driver modes available – five, in fact – ranging from Eco, to Sport, Sport+, N Mode, and N custom. N Mode is of course the most hardcore, and even has a separate steering wheel mounted button for it.

Interior changes are relatively subtle with sports seats available in cloth or leather/suede trim, and blue stitching on the steering wheel and gear knob. More significant is the electronic instrument cluster, which not only includes a boost gauge and gear shift lights, but features a changeable redline for the rev-counter. Like that used in the BMW E39 M5, the LED lights change the redline as the engine warms up, and also dependent on what driving mode is selected. 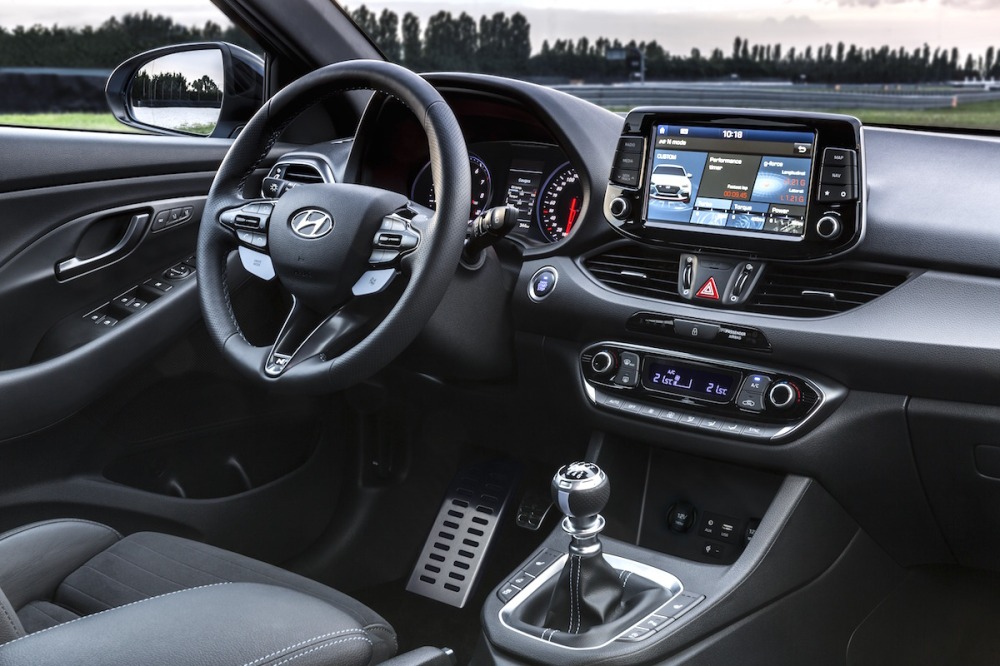 After the dramatic RN30 concept car shown in Paris last year, the finished i30 N looks a little more sensible. It’s certainly handsome, but the exterior details again owe more to the Golf GTI school of thought than Civic Type R. The i30 has bespoke bumpers front and rear, an abundance of gloss black trim, and – just like that old i30 Turbo – has red stripes. That’s to remind you it’s sporty, of course. 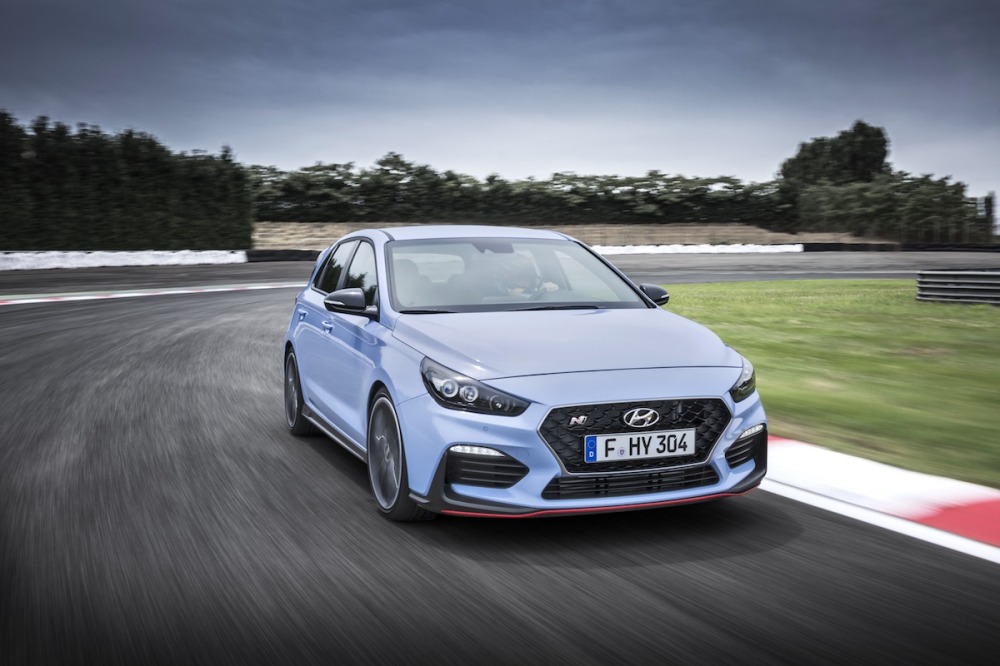 At ESM we are genuinely optimistic that Hyundai has, through a great deal of hard work, produced an effective and compelling hot hatch. It’s a fearsomely tough market, and Hyundai will need to win over potential buyers with strong finance offerings along with decent dynamics. Prices will be confirmed closer to the start of production, scheduled for later this year. 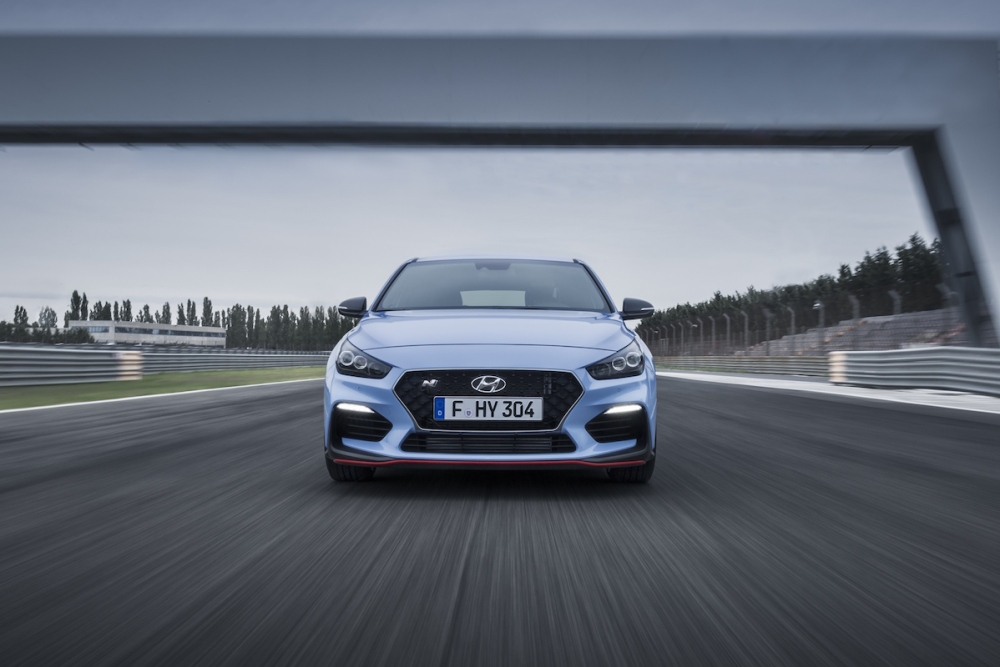