The British Touring Car Championship rolled up at Thruxton for the first of its two visits this year, following the closure of Rockingham Motor Speedway. Other circuits and track layouts are, of course, available, but Thruxton got the nod to hold two meetings. On the evidence of visit one, what a treat we are in for… or maybe not, says our BTCC Correspondent.

Saturday’s qualifying session brought a first pole position of the season for Sam Tordoff, who just edged out Dan Cammish. Andrew Jordan was third following a complete re-build of his BMW after his unfortunate and large accident last time out at Donington Park. He lined up next to teammate, Colin Turkington, as Rory Butcher and Jason Plato completed the top six. Race one was a largely forgettable event. Tordoff got away well as Jordan and Turkington both overtook Cammish, although Turkington’s move was short lived. Lap 9 saw the top four evenly spread and Matt Neal was sent into an impressive slide by current championship leader, Ash Sutton. With a few laps remaining, Tordoff had a small moment at Church, which allowed Jordan to power by and into the lead. Race rating: 3/10.

Race two was an improvement on the opening race. After a slow green flag lap, Jordan made an excellent start as Turkington made his way up to second. The opening laps were quite entertaining as lots of positions were swapped with close racing, although it became too close for Ollie Jackson after he collided with Chris Smiley and suffered terminal damage.

At the front, Turkington closed on Jordan and was very much on his boot lid for the entire race without ever really challenging for the lead, although Cammish did give the pair a slight concern for a few laps.

Championship stalwarts, Plato and Neal, both took advantage of a small Tordoff error at the chicane as they secured fourth and fifth at the end of lap 8. Despite a few spots of late rain, it wasn’t heavy enough to have any effect on the race result as Jordan completed his double. Rate rating: 5.5/10. 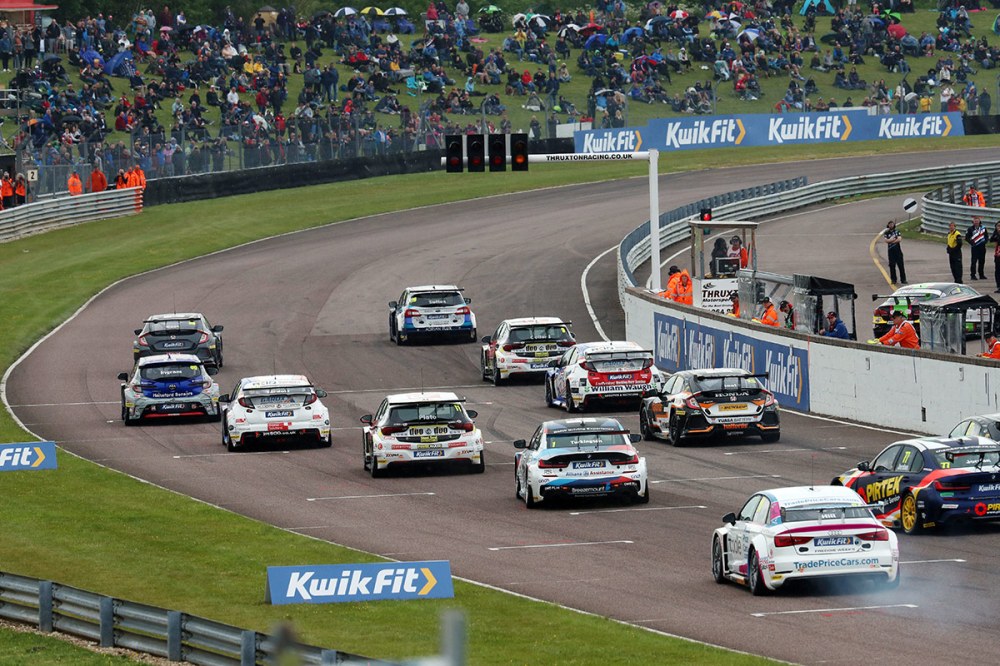 Sutton was the lucky man to be drawn on pole for race three by ex-McLaren team principal, Martin Whitmarsh, and he was joined on the front row by Josh Cook with Rob Collard and Tom Ingram a row further back. The top three started well, but by the first chicane Cook had managed to squeeze ahead of Sutton. Further action occurred there too, as Collard went in a little too deep and sent himself into a spin before being collected by the unsighted Adam Morgan, resulting in a safety car period.

Racing re-started on lap 5 and Butcher, who’d started each race from fifth, was quickly ahead of Sutton for second, although Tordoff soon cruised to retirement. On lap 9, the top three were fairly processional, Neal was comfortable in fourth, but Ingram was in a battle to retain fifth. However, the main event of the lap was the need for another safety car after Carl Boardley was involved in an incident with Rob Smith, which left debris in the middle of the track.

After three laps, the racing re-started and double race winner, Jordan, was sent into a spin by an over-zealous Stephen Jelley. Cook, meanwhile, set about creating a big lead over Butcher and Sutton as the final laps turned into another dull showing. Race rating: 5/10.

After Jordan’s double at Thruxton, the all new BMW 330i M Sport has now won five out of the nine races this season, which is quite astonishing for a new car. As ITV rightly pointed out, it’s not as though the ballast weight isn’t working as in race three, the ballast free Tom Oliphant finished the highest out of the WSR run trio. It’s quite ominous for the championship though, as Turkington leads it and although Jordan is down in 9thin the standings, it must be remembered that he didn’t score a single point at Donington Park after his early crash.

At Croft, Jordan will surely be favourite to secure at least another victory, possibly two, as he’ll have a negligible amount of success ballast on for qualifying, on a rear wheel drive suited track, in pretty much the best car on the grid this season. 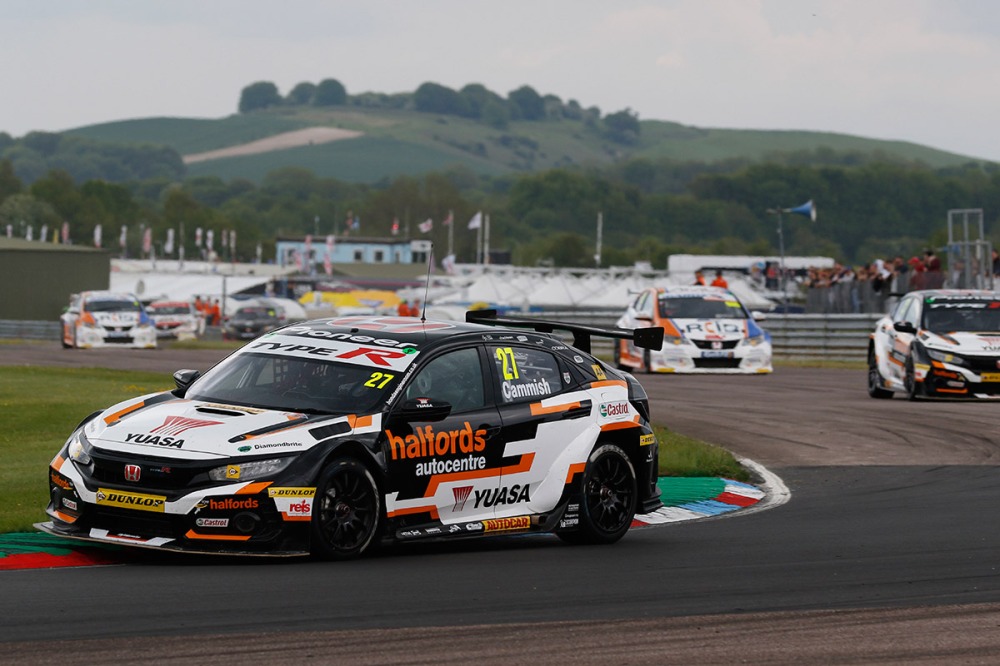 As such, the efforts of Butcher to be jointly leading the championship with Jordan’s teammate, Turkington, are quite incredible. Butcher has already amassed more points than he did in the entirety of last season, albeit in a different car. His consistent approach is always vital to a good season and he is yet to finish lower than 11th. With independents AMD running the older version Civic too, it must be quite a kick in the teeth for the constructor Honda entry who, of course, run the newer FK8 version. That blow will only be heightened by the fact that Cook, who does run the newer Civic, is third in the championship and only a couple of points behind the leaders.

How Sutton remains so close to the top of the standings is quite a mystery. The Subaru is awful for straight line speed, yet Sutton continues to pick up a great haul of points at each race meeting, like Butcher. Sutton is 86 points ahead of his teammate, Senna Proctor, after 9 races, in the same car. The guy is undoubtedly a special talent to be producing wonders every time out and for that reason he is very much a championship contender.

The BTCC circus moves on to Croft for the next set of races and returns to Thruxton for round 7 in mid-August. Between now and then, let’s pray that visit two produces more excitement than the first.

Championship standings after 9 races out of 30: