With the sun burn now slowly (and painfully) turning to a rich golden brown, it’s time for Engage Sport Mode to reflect on just what happened at Oulton Park yesterday.

The 2.26 mile Cheshire Circuit played host to rounds 10, 11 and 12 of this year’s British Touring Car Championship. The Yuasa Hondas of Matt Neal and Gordon Shedden look to be the cars to beat this season, with convincing performances in the previous rounds. Admittedly, ESM fell out of love with the BTCC a number of years ago (to be discussed later in the week) and was very much there for a good time, rather than as a die-hard fan.

As a result, the pictures you see below cover a variety of on and off track entertainment, including 2010 champion Jason Plato eating a burger. All the photos below were taken in an amateur style on a iPhone 4. I do not profess to be a professional photographer, nor do I particularly aspire to be one. ESM took along its “roving photographer” for the proper pics, also to be featured later in the week. Enjoy:

Somewhere on the M62 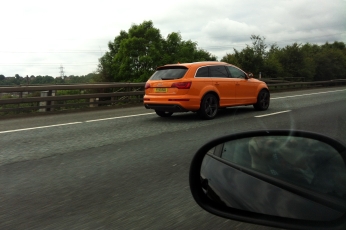 No, your eyes are not deceiving you, that is an orange Audi Q7.

ESM’s fearless roving photographer and driver for the day. Two hands on the wheel of course.

The MG stand proving to be rather low rent.

The angled, carbon fibre, goodness of a BMW 320si.

You can tell we’re in Cheshire. The Chrome Edition BMW M3.

The rather lovely, if expensive BMW M5 M Performance Edition

The rather less lovely BMW X6.

Race One; Civics of Shedden and Neal make their way round to the grid.

Followed by the eBay Motors BMWs. 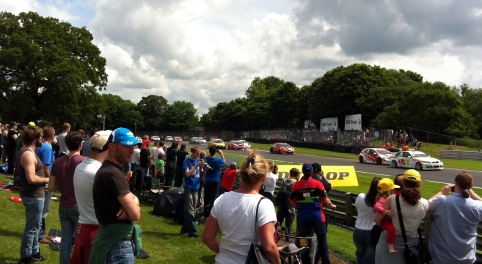 The sprint out of Old Hall on the first lap, heading down towards Cascades. 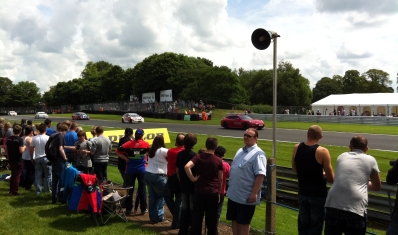 Safety Car bunches the pack up. 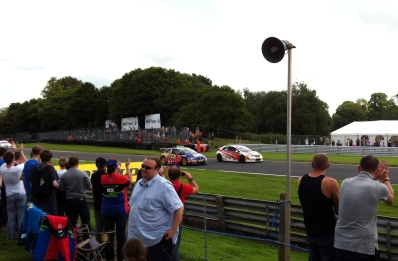 Crossing the track is exciting. This is the view back up towards Old Hall. 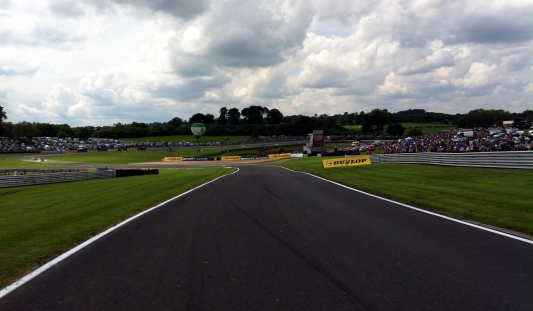 And this is the view to Cascades. It’s a lot steeper than TV makes out!

Porsche Carrera Cup race one with Daniel Lloyd charging down the start-finish straight.

Forget your big camera; I’ve got an iPhone and some angles!

Ginettas under braking into Lodge.

BTCC Race Two; a lonely looking grid girl for Jason Plato, starting from the back after technical issues in the first race. 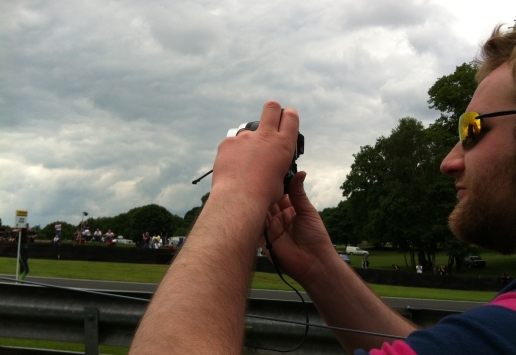 ESM’s roving photographer getting the snaps that matter most! 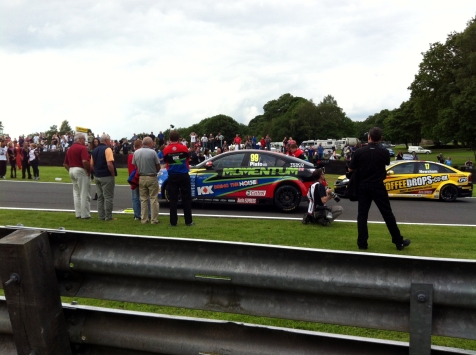 Plato arrives at the back, as Dave Newsham sidles past. 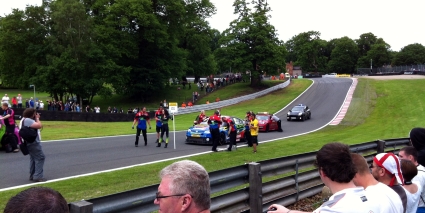 A good view of just how STEEP Deer Leap is. Hope JP’s got his handbrake on. 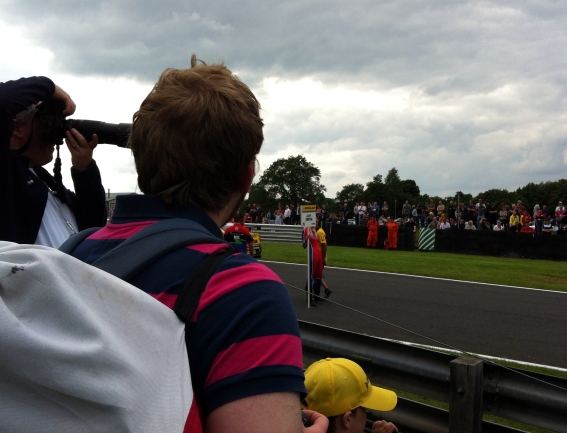 Onto the Clio Cup. Whilst one Hamilton was about to embark on a drive to victory in Canada, younger brother Nick was going to be less successful. 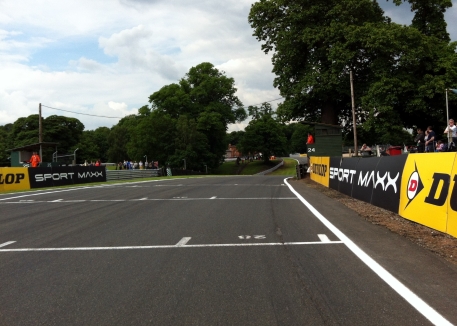 Found lurking in the car park, a rather sultry looking Ferrari FF.

The “other” Hamilton at the back of the pack. Note mismatched door. 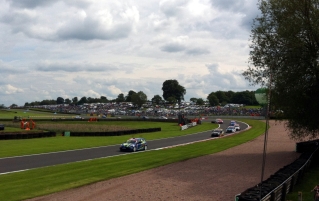 Clios powering their way out of Knickerbrook and up towards Druids.

Astra VXR, Ferrari California, VW Scirocco, Porsche Boxster, Citroen C4. Which is the odd one out? 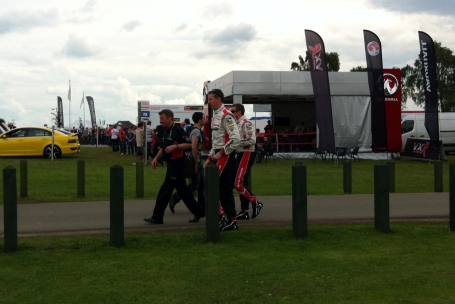 Hmmm….cannot for the life of me remember why I took this one. Perhaps my finger slipped? 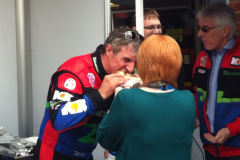 The KING OF SANDWICHES not eating a sandwich.

It was just after this point that ESM’s iPhone ran out of battery. Which was a shame, as the third and final BTCC race provided lots of action right under our very noses. Luckily our roving photographer got some great shots which will be neatly delivered later in the week.

If you want to know more about who won, who lost and who half of the people above are, then head on over to the offical BTCC website here.