After a rather lengthy summer hiatus, ESM is back once again. To kick things off after the holidays, I figured another Friday Photo From the Archives might be in order. In fact, this is one taken four years ago this week: 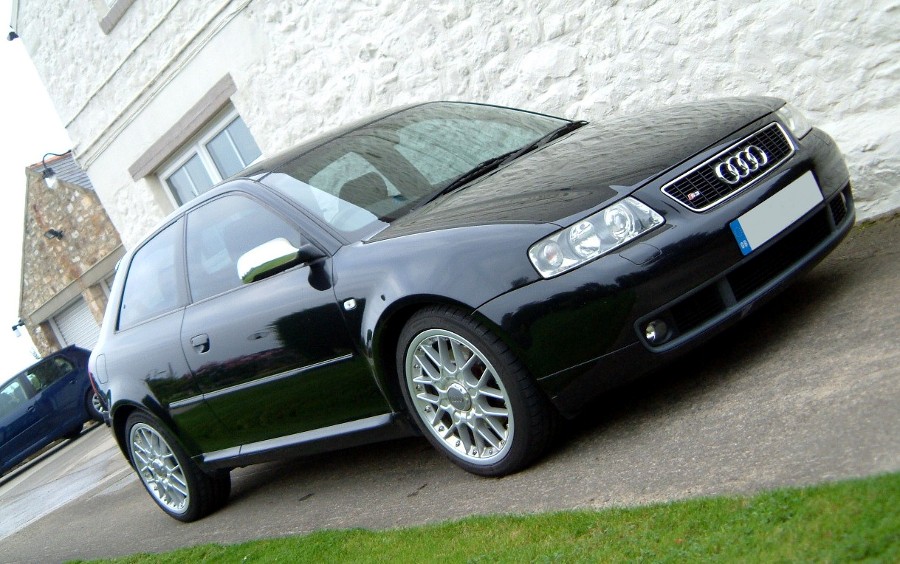 This is my Audi S3, also known as the “worst car I’ve ever owned” and “that bastard Audi”. It was the 225bhp BAM model, fully kitted up with electric, heated, leather Recaro seats, CD-multichanger, climate control and expensive aluminium wing mirrors. It also had an unbelievably high specification of unreliability.

I had never really set out to buy this particular S3. At the time I was only 23 and was more interested in just test driving one rather than actually purchasing. However, the salesman at a local used car dealership was such a patronising, belittling arsehole when I enquired about the S3 that I set out to prove him wrong. He didn’t believe I could afford to buy “his” car, and that he would only let me test drive it if my Father was there. Perhaps this was an incredibly elaborate sales technique, but it worked. Money was transferred, the car became mine.

On the day of picking it up I was understandably excited. Here was a proper car, not the small hatchbacks I’d been used to. The Polo GTi was traded in, and I drove off in the S3. My happiness lasted all of about an hour. Accelerating away from a roundabout the S3 stuttered, a warning light appeared on the dash, and the car instantly felt slower. Not being far from home, I trundled back and used the Microsoft repair method; turned it off, then back on again. The fault light had gone. Phew.

My relief was only short-lived. Monday morning’s commute to work again brought the warning lights, misfires and low power back into play. Luckily, a colleague had access to the VAGcom diagnostic software which we plugged the S3 into. Some diagnostic runs up the A19 suggested something was clearly amiss with the Audi; with an overboosting turbo knocking the engine into limp-mode when the pressure became too much. Phonecalls were made to the dealership and, with the car being under warranty, they were happy to take it back and get it sorted. They even provided me with a courtesy car; a gold Peugeot 307 with a knackered exhaust.

Time passed. July became August, and August became September. In total it took six weeks, two garages and an Audi UK technical specialist to finally resolve the S3. Numerous parts were changed or swapped. I even received a second courtesy car because the first one’s tax expired. The replacement Vauxhall Astra 1.4 automatic is possibly the worst car I’ve ever driven.

The repairs to the S3 cost me nothing, but cost the dealership around £1,750, wiping out any profit they had made on the car. In hindsight, I should have rejected the car after the first week of it being off the road and got my money back. But my age, and determination to own that car, overruled my head on this occasion. Frankly, I wish I hadn’t bothered. Even when fixed the S3 proved to be an unreliable pain. In addition to the replacement parts fitted under warranty, in my tenure with the car it also had:

To put this into perspective, the above all took place between September 2008 and March 2010! The car was hardly a paragon of vorsprung durch technik, and left me with the constant feeling that something else would break whenever I drove it. To top it off, the actual driving experience itself was hardly incendiary. With such weighty trim level and quattro drivetrain, the S3 constantly felt slower than it should be. The 1.8T engine always felt laboured and soulless, with the six-speed gearbox not adding much to the party either. The 4WD system wast not even a true “quattro” setup, using the Haldex controlled system instead.

Power would only be diverted to the back wheels once the fronts began to lose grip. Combined with the overenthusiastic ESP system, the result was a rear differential which did very little the vast majority of the time. Once the front wheels began to slip, the ESP would generally cut in, killing power and leaving nothing to be transferred to the back. This would prove particularly frustrating in snow, when the ESP and Haldex sensors would get into a fight, leaving the S3 to swing between grinding understeer or lairy oversteer in the same corner.

Add to this the fact the Recaro seats gave the constant impression of sitting on top of them rather than in them (the electrical gubbins also made it impossible to get them to sit low enough in the car), the lifeless steering and the horrendous thirst for super unleaded never failed to uninspire me.

All in, the S3 ranks as the worst car I’ve owned for the simple fact the driving experience failed to make up for the unreliability and dynamic shortcomings. To finish off the Friday theme, some research into the chassis number turned up some interesting reading. My S3 was actually built on a Friday afternoon. This probably explained its half-baked build quality!

Eventually the constant expenditure on new parts and repairs became too much. The S3 went up for sale and set off for pastures new in Aberdeen. Within a week, the pesky hot-hatch had already broken down. At least it was draining somebody else’s bank account for a change.