With the raft of new hot hatches currently dominating motoring headlines (Fiesta ST, Peugeot 208 GTI, Mercedes-Benz A45 AMG) it’s perhaps easy to forget that the Mégane Renaultsport is still out there after three years of being on sale. 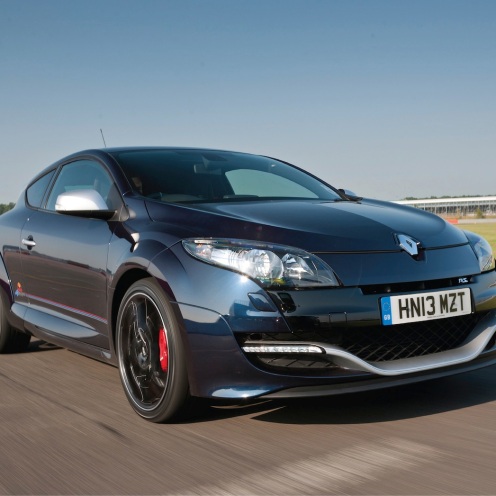 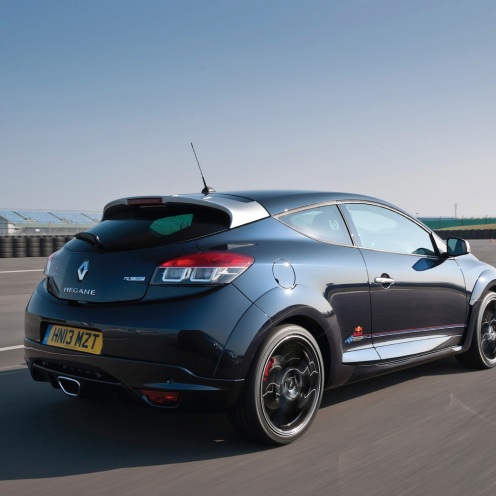 Perhaps to remind us, or more probably to plug Renaultsport’s F1 engine supply successes, Renault are offering just 30 of the Mégane Renaultsport RB8s for the UK market. Based on the 265 Cup version of the Mégane, the RB8 sports a variety of Red Bull branding to distinguish if from regular RS, including Red Bull decals on the sides and boot, along with numbered aluminium kick plates, unique carpets and the Red Bull Racing branding on the Recaro bucket seat’s headrests. 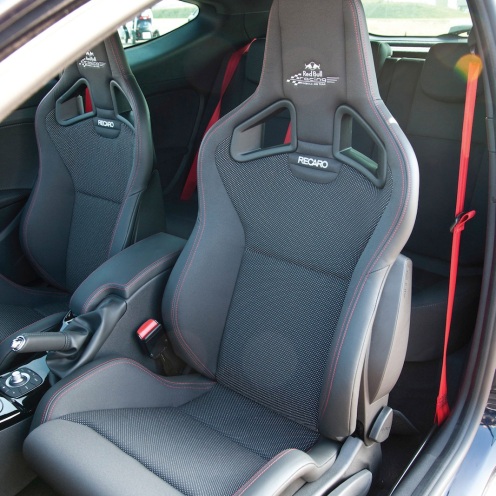 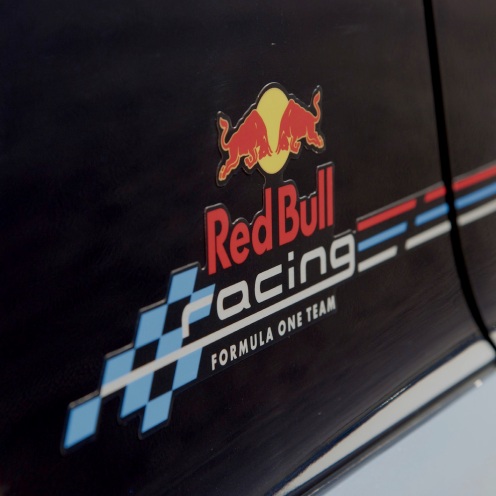 If you want one, then you had better like bleu, as all 30 will only be available in the Twilight Blue colour shown, with Platinum Grey detailing on the front spoiler, door handles, wing mirrors and rear spoiler. Special black 19″ wheels, called ‘Steev’ – but not after ESM’s Uncle Steve – hide the regular Cup chassis’d car’s Brembo brakes and limited slip differential. Bridgestone – not Pirelli – Potenza RE050 tyres help control the 265 bhp from the 2.0 turbocharged engine, and the revised Renaultsport Monitor allows you to measure 0-60 mph sprints and lap times in real-time. Very handy for track days, or if you’re trying to shave seconds from your personal best on the trip to Tesco.

Priced at £28,245, the Mégane RB8 puts itself well ahead of the new Volkswagen Golf GTI (£25,845) and Vauxhall Astra VXR (£27,010) but, represents decent value against the normal Cup specification Megane when fitted with similar options.

Renaultsport products have built up a cult following in the UK, and they’re no stranger to F1 related special editions, such as the Renaultsport Mégane F1 Team R26 from 2006 and the later Clio Team R27. There was also a Red Bull branded Clio RB7 launched in 2012, which we in the UK were denied the option of.

EngageSportMode can understand why Renault would want to highlight its ongoing success in Formula 1 with Red Bull Racing. Three constructors titles in three years is not something to be sniffed at. But with Red Bull Racing now sponsored by Infiniti, does this not start to produce brand-blurring? Granted, Infiniti is a division of Nissan which is, in turn, linked to Renault, through the Renault-Nissan Alliance. However, it does make you wonder just which brand Renault-Nissan wants to use Formula 1 to promote.

Regardless, I’m sure branding won’t be an issue for the 30 lucky people in the UK who find themselves behind the wheel of a Mégane RB8. Let’s just hope there’s no “Multi 21” action on the streets though.