Some say he manages to get behind the wheel of more new cars than The Stig. All we know is he’s called The Tame Geek, and tonight he’s feeling all Catalonian. 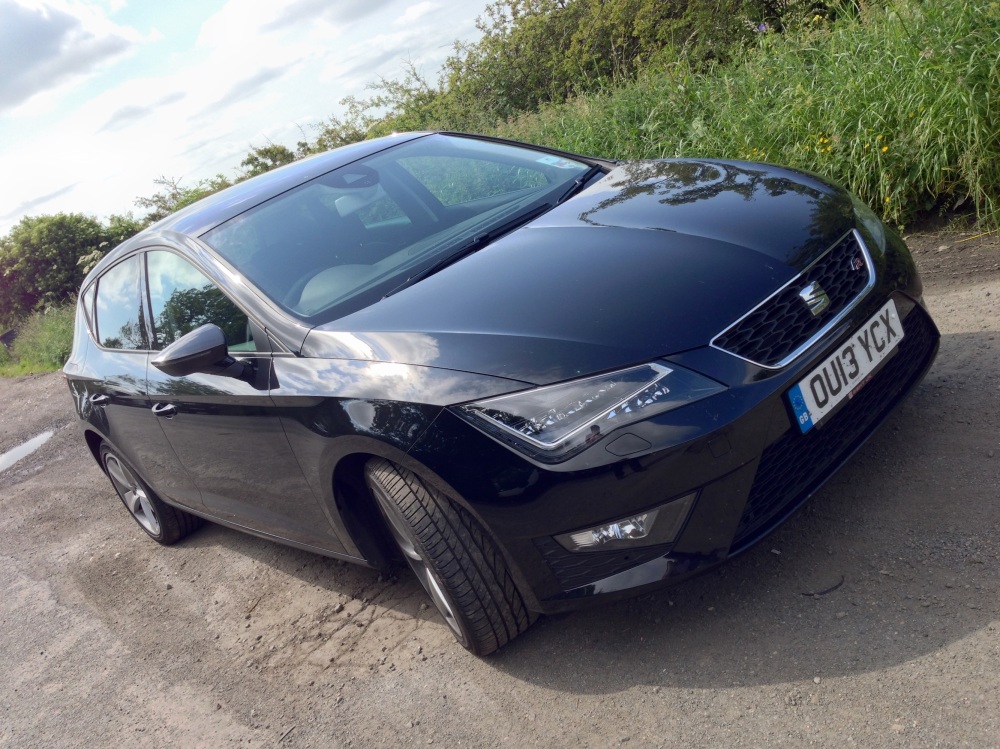 What! The Tame Geek is going to review another car from the Volkswagen Group? Yes, but hold on! This is important, as it’s actually some consumer advice too!

So, as these things often go, and act of providence brought this car to me and I couldn’t pass up the opportunity for a good long spin.

Having reviewed the new Audi A3 already, many would say what’s the difference considering they are both based on the MQB? Well the differences are subtle in some respects and vast in others.

First, the big differences. The looks. Audi has become a very refined looking brand stable of cars. There’s not a bad one in there. Some that are starting to look their age (A4, Q7, I’m looking at you) but the modern A3 is sleek and smooth, whereas the Leon is very lively and sharp. With the added tech pack, the LED headlights and day time running lights are more intricate and exciting, not to mention, compliment the lines of the car very well.

It’s hard to talk about the Leon’s styling without mentioning the new SC 3 door variant. Where the 5 door is nice, the 3 door is like a SEAT Scirocco (Searocco?) and to me, that’s a very good thing. 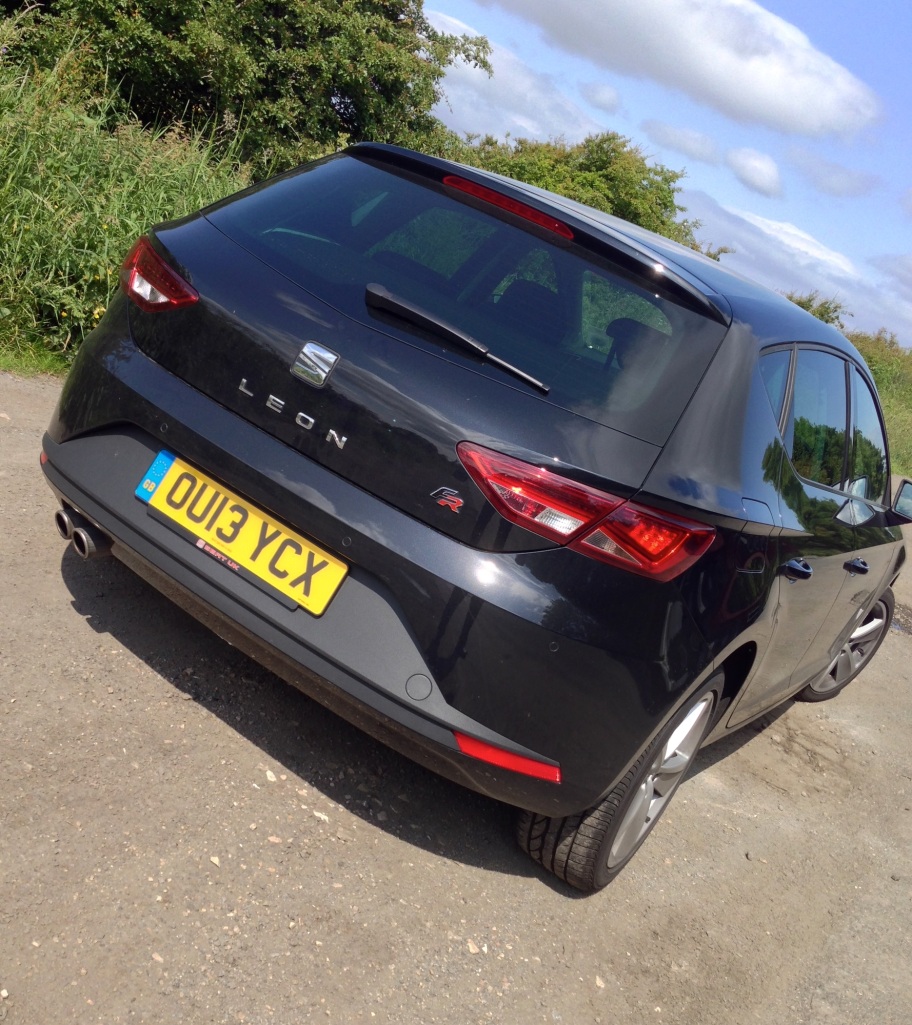 Inside, there’s a very simple way to sum up this car. Not quite Audi but close. The fit and finish inside is fantastic. It doesn’t feel like the poor second cousin of SEATs of old. This car, as cliché as it sounds, is just like a Golf. The new interior is very driver focused and the steering wheel is just right. A nice flat-bottomed steering wheel with good leather stitching, that’s also well-balanced and adjustable. All classed as ‘wins’ in my book.

Side note. Barring the seat, the thing you touch most in a car is the steering so it’s important that’s it’s right for you. 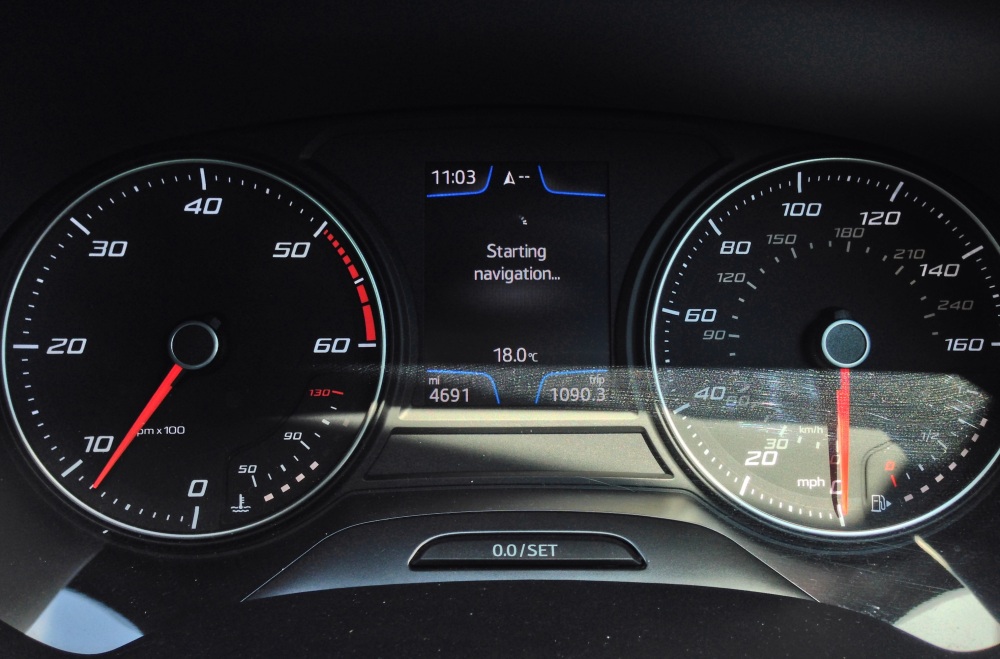 The infotainment and computer are a revelation and have been stolen from the Audi factory. The colour screen in between the dials would make some Android handsets jealous in its speed and the user interface. I was in a Ford Mondeo a little while ago and the screen and user interface in that were more like Windows 98 than a nice fresh mobile OS. And there’s not much more mobile than a car!

The centre console has the usual arrangement of buttons and dials in the right place, but the party piece is the touch screen. Something that’s been around in cars for 5 years now, but in this generation, it comes with a nifty proximity sensor. This means, when you’re not touching it, the buttons fade away, allowing things like the sat-nav map to fill the screen. Move within a few inches and they turn back up! It’s like the future, and the more you use it, the more you wonder why no one has thought of this before.

There’s also a special button, the Mode button. The Mode button take us nicely in to the world of driving dynamics.

Driving the Leon was instantly familiar. There’s a definite characteristic of these C-segment MQB based cars. They feel wider and more planted than their previous versions. There’s also a tad more rigidity that just makes the whole package feel tighter, in a good way.

That Mode button mentioned above. It unlocks the main drive modes of the car; Normal, Eco, Sport and Personal.

Normal is as you guessed, the car’s regular setup. Eco tinkers with the throttle response and the ratios to the point that the car is some what unresponsive at speed. I.E. If you wanted to go from 70 to 80 on the motorway to overtake, you’re going to have to plan a head in Eco.

Personal is a way of taking all of the adjustable settings and making your own mode.
I’ve come to Sport last, as there has been some controversy over the use of the ‘Sport Button’ in modern cars over the last few weeks. Well, in the past, I’ve driven a number of cars with and without this kind of button. In a Jaguar XK it was referred to as the Smile Button. In a Vauxhall Astra, it did nothing.

In the FR though, it does make a difference. The steering is a little sharper, the throttle response a lot better and it feels like the torque curve is completely different, as all the car want’s to do is MOVE. So this makes me think, the Sport mode in the new Golf GTI may not do a lot as it’s already, fairly sporty, but the FR with a Diesel engine, with Sport mode engaged, changes the car in a noticeable way for the better. Perhaps Diesel tuning is going mainstream.

With casual driving, the car is just as accomplished as it is when you throw it at some corners. Yes, the ride is no A6 or S-Class, but the way it covers ground and deals with British roads is comforting and refined. 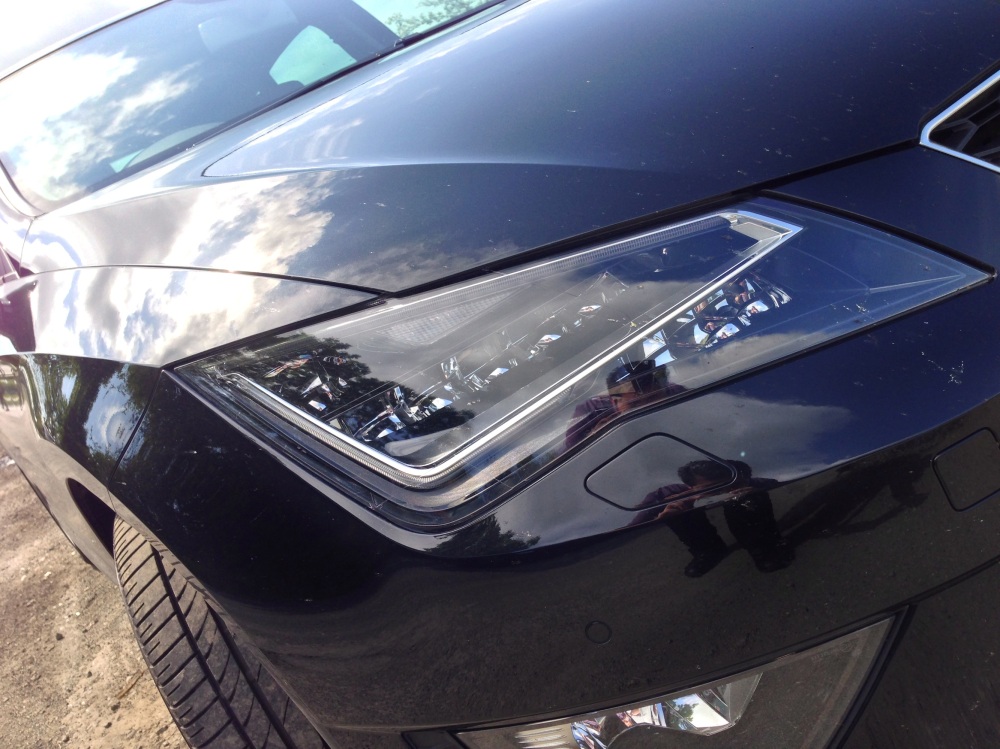 To wrap up, it’s clear why this is Auto Express’s car of the year. It’s a top spec Golf, for less money, more exciting looks and more kit. After spending time with this, I can understand why you’d buy the Audi (that badge is worth the same as all of Greece) but between the Golf and the Leon. That’s a choice for your wallet to make. For me, Viva Espanyol!