After the mixed up message from the previous week’s episode, including the media fallout from parts of the Hover Van segment being staged, what would number five bring? As usual, contains spoilers (of the pop-up kind too).

Some people have already labelled this as the best episode of the season so far. Hmm… 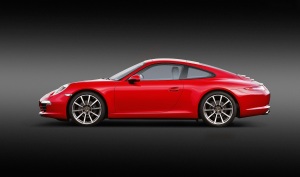 Although the 991 model Porsche 911 has been around for quite some time now, this was the first time Top Gear had actually featured the car on the show. Given that the GT3 edition is not far from being launched should tell you just how behind the times this is.

James May presented a fairly decent summary of the car, with only a smattering of fancy-OTT production visuals and sounds. He did, kind of, ruin it with some analogies that had clearly been dragged from Clarkson’s leftovers, but otherwise it wasn’t too horrendous. 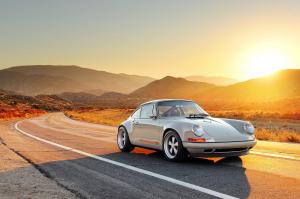 The review then merged somehow into a segment on the Singer 911; a classic 911 thoroughly modernised and updated. May attempted to explain this with an analogy to a tribute act, but that seems to miss the point somewhat. Again, Singer have been around for  a while now, so it all felt a little late to the party.

Aside from May’s fawning analogies, both cars were explained and demonstrated well, with the important issue of the new 911’s Electric Power Steering being mentioned. But, as ESM’s Other Half pointed out, what exactly was “the point” of the feature? To be honest, I wasn’t so sure.

Back in the studio, Clarkson instantly quelled any 911 discussion with his usual “posh VW Beetle” jokes. He also rode completely over the issue of electric power steering in sports cars; something which genuinely matters to a lot of car enthusiasts.  At this point I did remind myself Top Gear is just an entertainment programme, but it still seems to avoid important topics for fear of being boring.

The rest of the news was focussed on the same trite lines about the issues with voice recognition in cars, followed by a celebration of the Dacia Duster Black Edition.

Richard Hammond driving around Imola in a lightweight, V12-engined, Lamborghini concept car. It was actually just as spectacular as it sounds when you write it down.

Aside from silly visuals, and a director who seemed determined to keep the car out of shot, it was really very good. Hammond explained what made the car so great, along with relaying how incredible it was to drive.

Back on the Top Gear test-track, The Stig lost the back end whilst on a timed lap. It didn’t matter anyway as, despite being second fastest of all, the Sesto Elemento isn’t a road car so can’t take its place on the Power Lap board.

Steve Tyler is the lead singer of Aerosmith. He’s also 65, which probably explains the slightly perplexing look to his “enhanced” face. Clarkson also made it abundantly clear he’d have much rather had Tyler’s daughter, actress Liv, than the old man himself. However, for a change, Tyler turned out to actually be a car guy based on the fact he owns scarily quick 1,200 bhp Hennessey Venom GT. Perhaps that’s what made his face that way?

He wasn’t too quick around the track, posting the second slowest lap time so far. Clarkson also belied a lack of research when he asked “so are Aerosmith getting back together” to be told “yeah, we’re touring right now.” Ouch.

The segment opened with a scene strangely reminiscent of old Top Gear from 1998, looking like the show might be about to tackle some genuine consumer journalism. Naturally that went rapidly downhill as May and Clarkson attempted to find the best SUV for towing a caravan. I tried to keep track of the staged humour, but I lost track after the first few minutes.

Maybe there is something wrong with me, but I just didn’t find it funny. I wanted to, I really and truly wanted to, but I just couldn’t. I’ve seen too many episodes to know what was coming next, which spoils the experience.

This was the first full episode ESM’s OH had watched from this series. She summed it up as “an hour of my life I’ll never get back” which is possibly a little harsh. But the caravanning segment undid all the good work of the earlier features, just like the week before.

Perhaps Top Gear needs to screen two shows simultaneously. One on BBC Three featuring explosions, staged humour and James May saying “oh cock” and another on BBC Four showing reviews of actual cars and discussion of things real petrol heads might be interested in. We can but dream.