Along with train fare increases and post-Christmas depression, January is also the customary time for EngageSportMode to dish out the infamous macaroni and glitter trophies to our favourite cars and people. Part one covers all things mechanical, whilst part two will cover the human side of things. 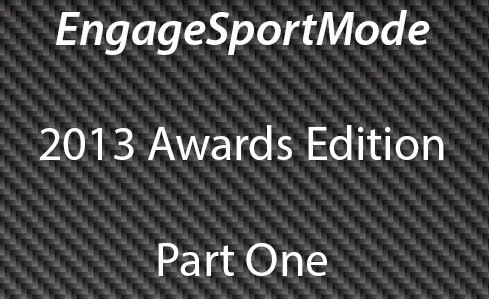 2013 was a big year for many things, some good, some bad. But as EngageSportMode has grown in size and readership, so has the number of trophies to dish out. We’re now sat on a metaphorical stack of 12, so let’s get the ceremony under way: 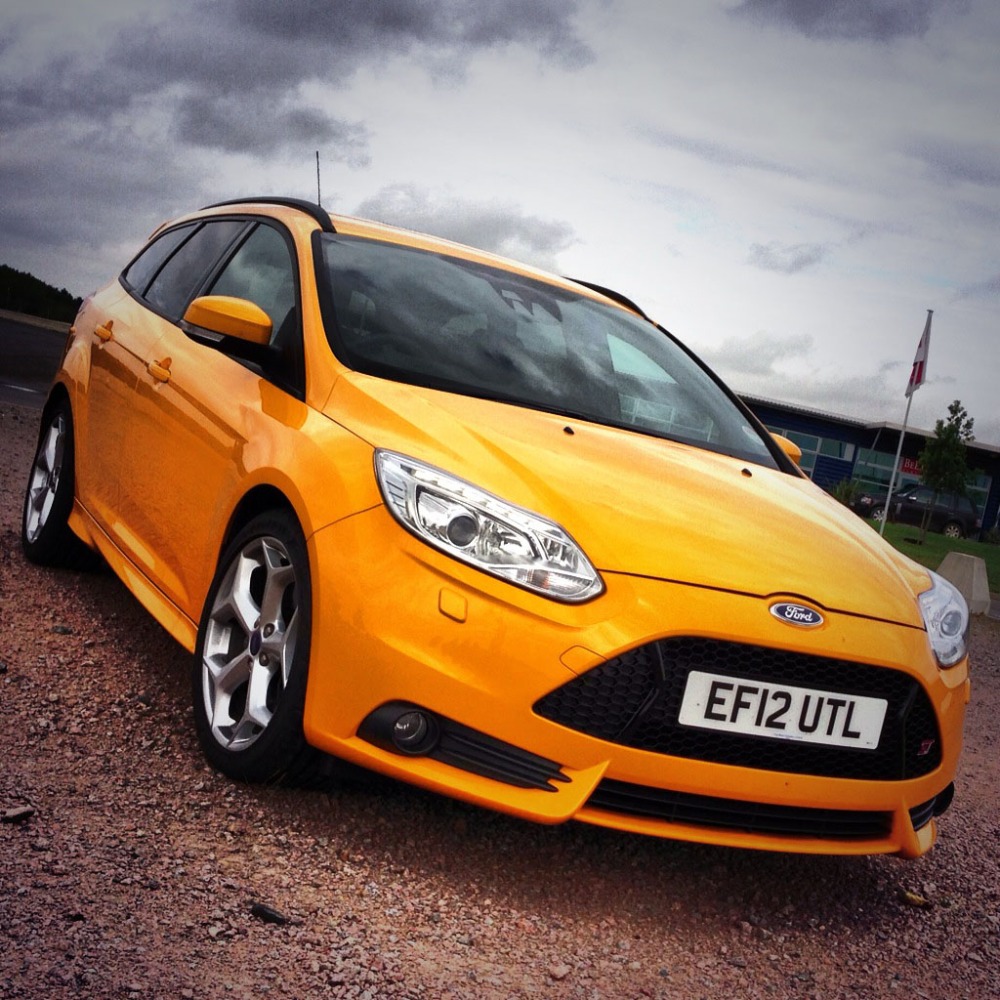 The Focus ST Mountune could also qualify for a number of other awards, if we had them, such as best bright-yellow estate car and silliest induction noise. But, instead, it takes the top gong for being just so damn good when we drove it back in August.

With 271 bhp and 295 lb-ft of torque, the 2.0 litre turbocharged four-cylinder engine really makes the ST Mountune into a rapid load-lugger. We loved the ridiculous noise from the aluminium air intake, with foot-to-the-floor action resulting in a wide grin every time. Claimed performance of 0-60 mph in less than 6 seconds and a 154 mph top speed tell only half the story, as it is the thumping torque which dominates the driving experience.

Despite all that twist, the ST Mountune never became too unruly when we drove it, and the level of ride comfort was outstanding for a hot-hatch. Only an overly complicated centre console and unsporty four-spoke steering wheel detracted from an otherwise hugely accomplished and polished package. The fact that the ST Mountune will still return an official combined 39 mpg and costs from just £24,320 in estate form cements the overall desirability and usability it offers. With the standard three-year warranty unchanged with the fitment of the Mountune kit, it begs the question why would you not opt for it if buying a Focus ST?

At the time we thought the world was a ‘much better place for having a quick, loud and very brightly coloured estate in it’ when first tested. Four months down the line we stick by that statement, to the point where the ST Mountune estate was by far the best car we drove in 2013 and one we would happily own. Good work Ford, good work.

This isn’t an award you’ll find from most magazine or websites. You could almost suspect we made it up on purpose, but that’s just strictly not true of course. It does, however, go without saying that EngageSportMode felt that the slightly oddball Juke Nismo needed some form of recognition after we drove it at Rockingham back in August. 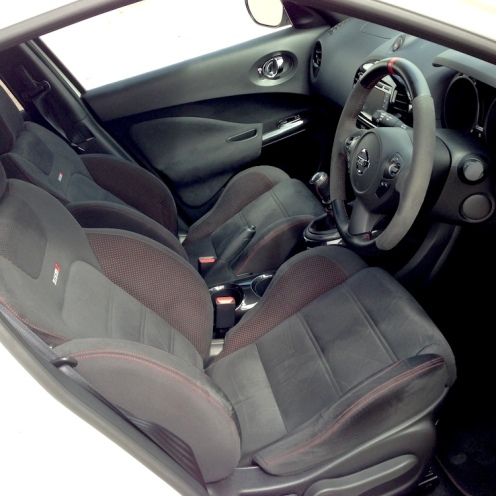 It’s a hot-hatch, but in an unconventional sense. On the outside it’s mostly ubiquitous, and divisively styled, Juke with the additions of spoilers, skirts and red piping as now found on the GT-R Nismo. The less said about the red wing mirrors the better though. Inside you sit high, but gripped by substantial Alcantara-clad sport seats, holding an equally well wrapped steering wheel. There’s also a central console full of buttons, including one marked sport that results in a digital boost gauge appearing on the display. Nice.

On the road it’s a riot, with lag from the turbocharged 1.6 litre engine meaning power comes in a big hit from around 3,000 rpm. This punchy ‘point and squirt’ delivery matches the overall experience of driving the Juke Nismo, as cornering results in inevitable, but controlled, body roll. In essence, you drive the Nismo like the Crossover it is, rather than as a conventional hot-hatch; powering through the straights, but backing off for the twisty bits.

In short, with a base price of £20,495 for a 197 bhp performance Crossover, the Juke Nismo is good value and immensely good fun too. 0-60 mph in 7.8 seconds and an official mpg of 40.9 combined round off a respectable packaged. It’s also built only 10 minutes down the road from EngageSportMode’s headquarters, so it’s a home town hero to us too. 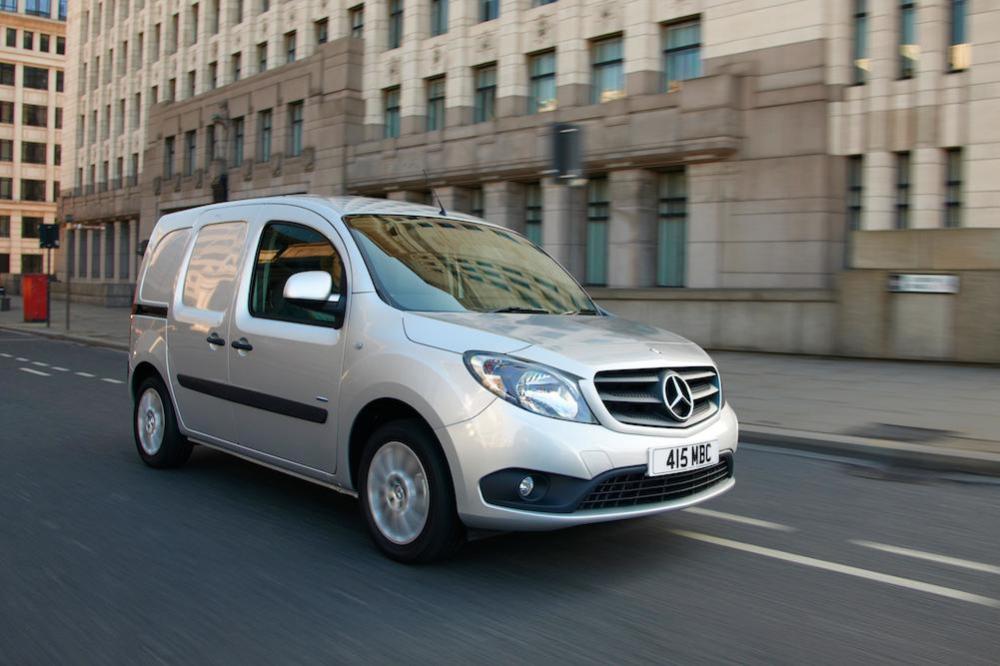 Moving house is a particularly stressful time, so when Mercedes-Benz offered the use of a free van, with driver, as part of its #NeedAVan competition we leapt at the chance. But don’t think that the Citan isn’t worthy of recognition in its own right.

Don’t let the compact dimensions fool you. We can attest to the fact that you can quite easily fit various boxes, a sofa-bed, flat packed wardrobe and the ESM production desk into the rear of a Citan, with its clever folding bulkhead design. In short, without the Citan we would have faced many more trips back and forth!

EngageSportMode is extremely grateful for the helpful generosity of Mercedes-Benz Vans UK, and the very friendly Lee. Thanks guys.

Out of all the show cars and concept vehicles unveiled this year, there’s something promising about the Sport quattro; it might actually become a reality.

Audi has been playing with the idea of a modern quattro for a number of years, starting with the 5-cylinder turbo version shown in 2010 that disappeared from sight. Fast-forward to Frankfurt 2013 and Ingolstadt unveils a similar looking concept, but with a hybrid V8 drivetrain underneath that offers 800 lb-ft of torque! As a result, the Sport quattro Concept is claimed to hit 0-62mph in 3.7 seconds but still return 113mpg.

Regardless of the mechanicals, the Sport quattro Concept would win for the fact it just looks so right on its 21” wheels, blistered arches and carbon fibre interior. Oh, and just to make it more special, the headlights now shoot laser beams. No, really.

Rumours of limited production continue to surface, and the recent laserlight version showed an interior that seemed road ready. Here’s hoping Audi comes through and gives the world what it wants. 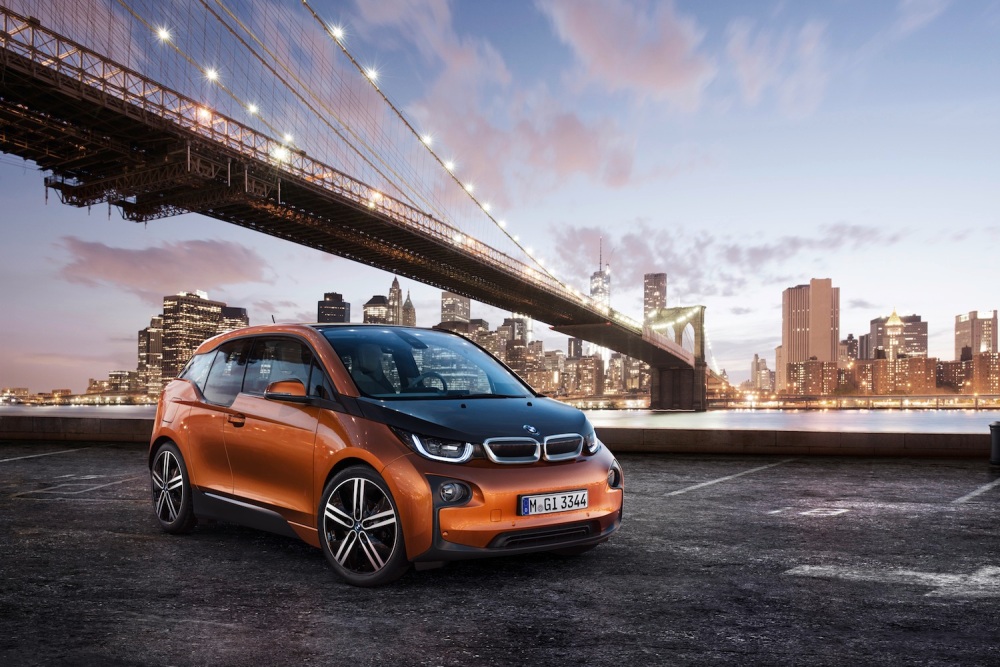 2013 was the year that hybrid and/or electric cars went up a notch, and became something to be revered rather than feared. If the Sport quattro is the best hybrid concept, then the BMW i3 is perhaps the ultimate expression of how an electric car can finally start to make sense as an ownership reality. 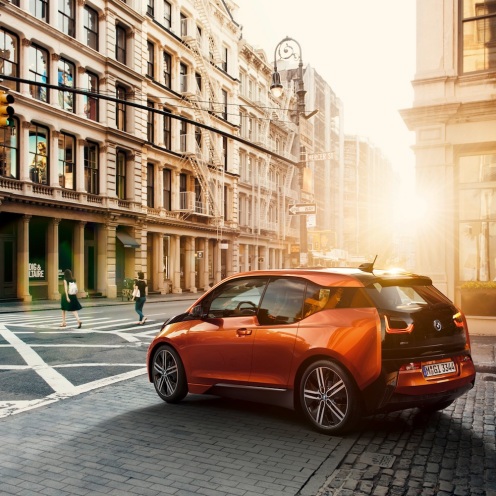 No, it’s not exactly pretty, but look beyond just the futuristic exterior styling and the details abound. The passenger cell is constructed from carbon fibre, which means the whole car weighs as much as a supermini, despite the battery packs on board. The benefit is performance better than the Juke Nismo above (0-62 mph in 7.2 seconds), a 50:50 weight distribution and an electric range of 80-100 miles.  There’s also the Range Extender model, and the option to use regular BMW cars, should you have the need to travel further afield.

The i3 wins because it displays a thought process that has set out to answer the common problems associated with the electric vehicle and suggests that we, as enthusiasts, need not fear as much the inevitable move away from fossil fuels for propulsion. It’s also a worthy contender for the 2014 European Car of the Year Award.

Last year ESM made a lot of noise in this section about wanting the Mazda MX-5 GT Concept to become real. It did. So we’re wondering just what we can achieve this year.

There are two winners this time; one which is still a little in the distance, and one we got so close to trying but ran out of time. The former is the new Audi S3 Saloon, and the latter is the Ford Fiesta ST – a car that has picked up numerous awards from the press already this year.

Audi’s S3 Saloon is included for the fact it harks closely back to the early days of the ‘S’ car history, with the specs very closely resembling those of the B5 Audi S4. It also adds a bit of visual drama that the S3 hatchback seems to lack, being so anonymous you’d easily lose it in a Travelodge car park amongst all the regular A3s.

A top speed of 155 mph, 0-62 mph in less than 5 seconds (for the DSG version) and 40mpg represent real progress. Audi also promises decent ride and handling, with magnetic dampers and standard quattro all-wheel-drive. It may be costly at £33,000 but we’d still love to put it to the test when it hits the road in March and see if it justifies that price tag. 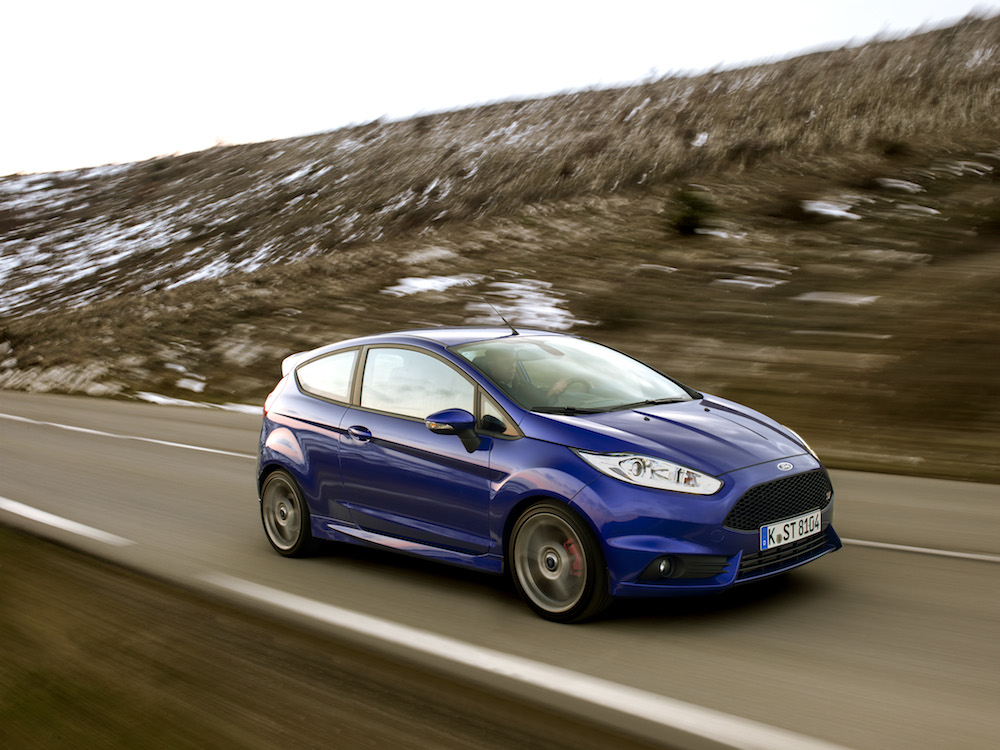 By contrast, the Ford Fiesta ST is one car that could seemingly double its asking price and still be loved by everyone who drove it. Unquestionably, it was the hero car of 2013, which meant at the Guild of Motoring Writers’ ‘Big Day Out’ it was impossible to get behind the wheel of!

Everyone who drove it that day raved about how much fun it was, with its spritely 180 bhp 1.6 litre EcoBoost turbo engine matched, to a six-speed manual gearbox. The last part is important in an age where its key rival, the Renaultsport Clio 200 comes with a flappy-paddle ‘box only. Add in superbly developed handling, funky good looks and a bargain list price of £16,995; it’s easy to see why the little ST proved so popular. It’s definitely our most wanted of 2014.

Check back soon for Part Two of the EngageSportmode 2013 Awards.