Welcome back to March 2008, a time before rising fuel prices, global recession and Justin Bieber. Good memories, no? Anyway, Mitsubishi would like to take you back there by re-releasing a special edition of the Lancer Evolution X; a car first offered to the UK market some 6 years ago. 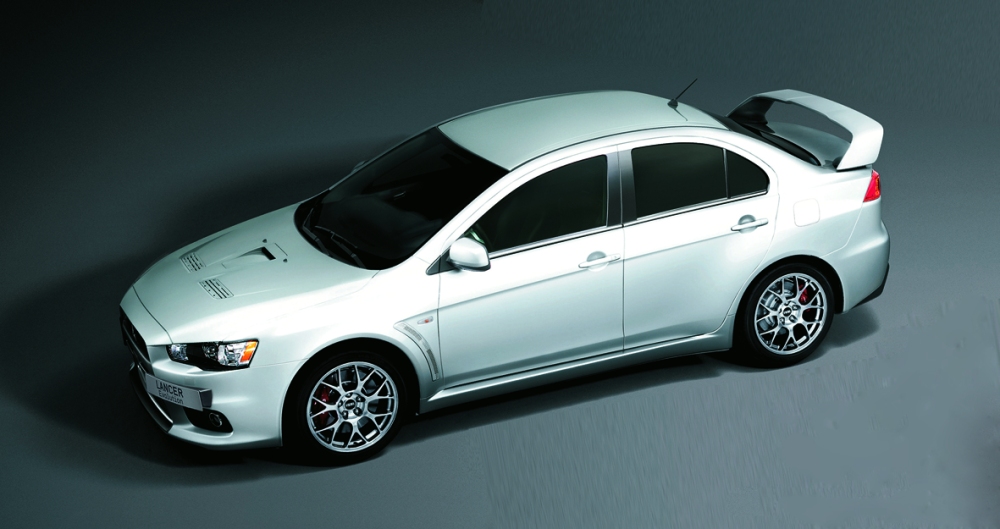 We’ll admit we’d even forgotten the Lancer Evo X existed, let alone that they were still churning them out the factory. But apparently so, to the point where Mitsubishi UK has decided to offer 40 lucky, and wealthy, buyers the chance to get their own slice of Evo history. It’s all being done in aid of the 40th anniversary of Mitsubishi’s UK importer, meaning that 40 figure crops up in the specs as well as the number available to buy.

Clues to the power output are evident in the Limited Lancer’s full name: Lancer Evolution X FQ-440 MR with the 440 standing for 440 hp, and FQ meaning something which rhymes with clucking thick. So yes, 440 hp and 412 lb-ft of torque in an all-wheel-drive saloon will result in rather rapid progress you can assume. However, it does come fitted with Mitsubishi’s dual-clutch SST gearbox, so it’s not quite the back-to-basics car you might imagine. Additional technical highlights include:

As you can see, it’s not short on special kit, but does that really justify a price tag of exactly £50,000. £50k, on a modified Japanese saloon that was originally made available some 6 years ago. Plus, one which comes with a special “black-box” data-logger fitted as part of the 3-year warranty agreement.

The data logger is said to record information such as “driving style, performance, vehicle diagnostics, and present location” with the details being available to both the registered owner and Mitsubishi UK. Being part of the 3-year / 36,000 mile warranty means that there is virtually no way you can choose not to be monitored by the manufacturer. It also opens up a wealth of questions as for just what purposes Mitsubishi will use the data they log. Abuse your Evo X special edition hard on a track day – Mitsubishi UK might just decide not to pay out if your turbocharger goes pop.

Without being too dramatic, there’s something a little bit Orwellian about the idea that makes us cynical. Realistically there’s little chance of this data being used for good. On top of that, you’ve got to contend with servicing intervals of every 4,500 miles or 6 months, whichever comes first. Oh, and you can only have it in Frost White.

At EngageSportMode we’re usually all about big power, big performance and not conforming to societies demands. But there’s something about this 40th anniversary Evo X which leaves us a little cold. We already have the NSA, CIA, MI6 and GCHQ monitoring our every move; we don’t need a car manufacturer doing it too. It’s also very hard to justify spending £50,000 on what it, mechanically, quite an outdated package.

Given that nearly-new Audi RS4s are appearing on the used market for around £48k, that’s surely a much wiser way to get a 400 bhp 4WD vehicle. It won’t keep tabs on what you’ve been up to, and tell Audi, for a start.