April Fools’ Day is that one opportunity each year for automotive PR teams and marketing departments to cut loose and show off their sense of humour. For the rest of the year it’s all about extolling the benefits of 5 year warranties, diesel engine balancer shafts and 0% finance, so April 1st is the chance to show off a little fun. We’ve already highlighted the efforts of BMW and MINI UK’s PR departments, but what has the rest of the motoring world been up to today? 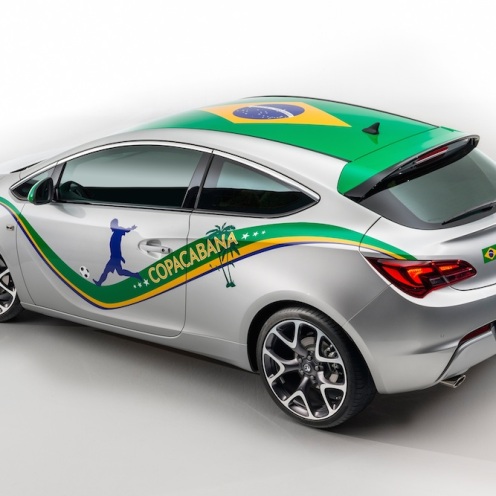 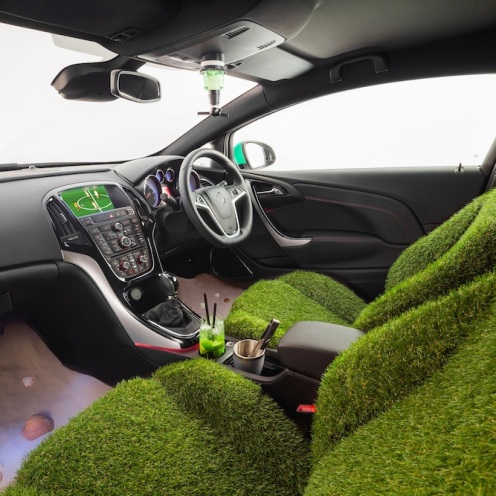 Kicking things off – apologies for the pun – is Vauxhall with its Brazil 2014 World Cup themed Astra Copacabana. In addition to the fairly obvious Brazilian flag on the roof, there are footwells filled with sand, seats covered in turf from the Maracanã Stadium, a pair of flip-flops in the glovebox and a roof-mounted cocktail maker serving up Caipirinhas. The 200 PS 1.6 litre Turbo engine apparently boots the Copacabana from 0-62 mph in 2.6 seconds, and comes with a list price of £41,024.01.

ESM Verdict: Thumbs Up! We wouldn’t be surprised if various manufacturer do make some awful World Cup promotions come the summer time. At least this Copacabana doesn’t include a stereo which only plays Barry Manilow.

As one of Arsenal’s corporate partners Citroën decided to show off the customisability of its forthcoming C4 Cactus, with one painted in the red, blue and gold of the Gunners’ crest. 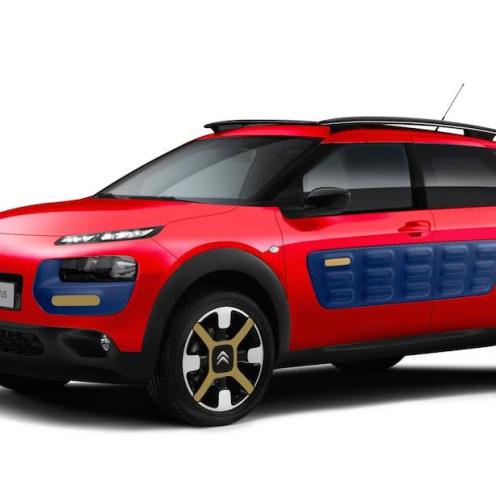 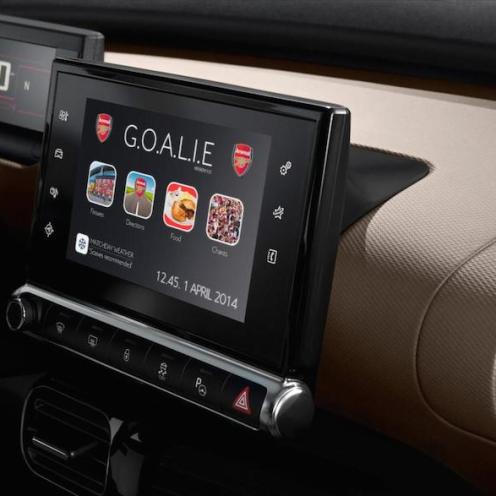 In addition to that colour scheme is the Geo Organised Away-day Location, Information & Entertainment interface, or G.O.A.L.I.E. system fitted to the touchscreen dashboard. Included settings are directions to all Arsenal’s away matches, a database of pie and mash sellers and a special football themed music playlist. Limited to just 11 examples, obviously, the C4 Cactus Arsenal is said to be available later in the year, apart from at Citroën’s Tottenham dealership.

ESM Verdict: Thumbs Down! The C4 Cactus is mental looking anyway; it’s hard to believe it’s real in the first place. Given Arsenal’s recent on-pitch form, there are probably bigger jokes out there at the minute about the Gunners.

Over at ŠKODA the recently revised Yeti was the butt of this year’s joke, making a play on the Crossover’s cryptid namesake.  The Yeti Ice includes a special faux fur finish in place of the usual choice of traditional paintwork. It’s inventor, Dr Yu Ciddingme, claims the fur is so thick and insulating that when testing in the Himalayas engineers didn’t even need to use the heater. 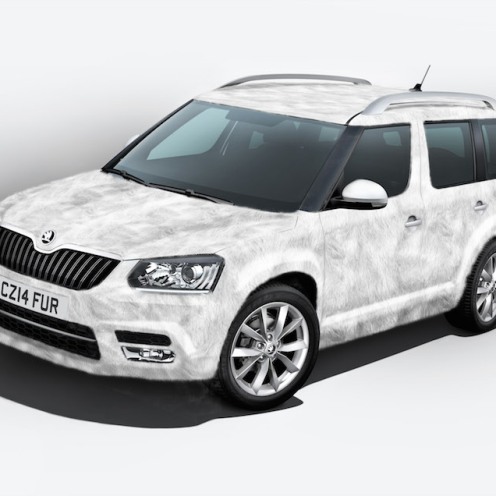 Suppose it stops the chance of your car being scratched? 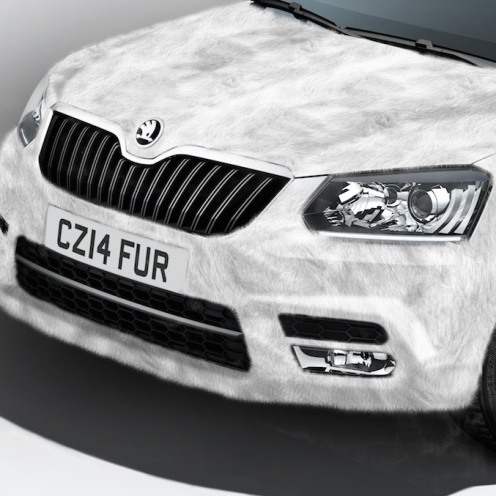 ŠKODA says all models will be built to order, with buyers having the choice of personalisation options such as side-partings and fur extensions. Car care is solved with a lifetime supply of ŠKODA-branded shampoo and conditioner along with a comb and brush kit.

ESM Verdict: Thumbs Up! We like it, if only for the fact someone quite clearly spent a lot of time in Photoshop to give that Yeti the appearance of a fur body. Nice work ŠKODA.

Volkswagen’s Commercial Vehicle brand decided to go with an, almost, believable story about dogs being taught to drive a specially adapted Amarok pick-up.  VW claims that the dogs were first taught the basics of steering by using a wooden trolley pulled by string, before being introduced to car controls by their RSPCA trainers. 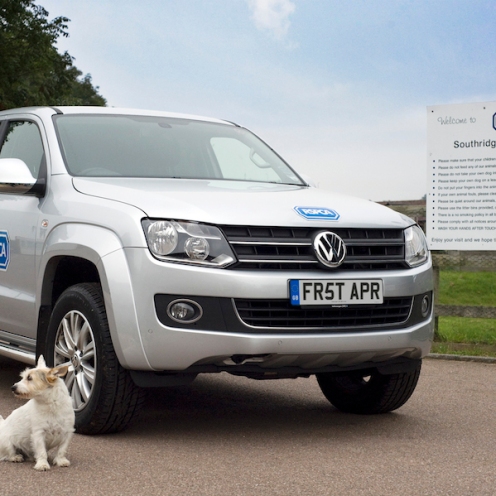 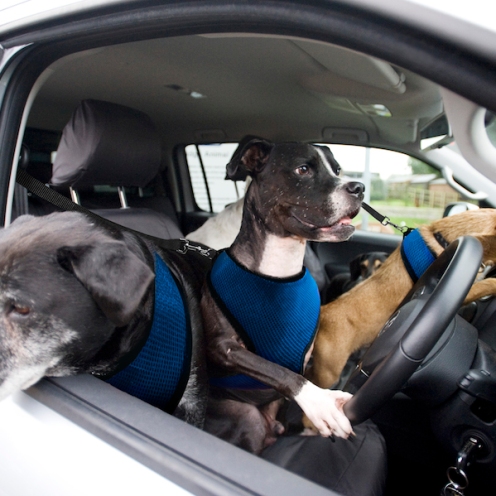 Once up to speed, the dogs were put behind the wheel of a 180PS Amarok, with their front paws on the steering wheel and the gearstick with their rear paws on purpose-built extension levers attached to the accelerator and brake pedals. For safety reasons the press release reassures us that the Amarok was limited in terms of its top speed.

Whilst obviously a joke, VW used this press release to highlight problems the RSPCA faces in a lack of volunteer drivers to transport rescue animals around the country.

ESM Verdict: Thumbs Up! It may be a rehash of a story from a New Zealand animal shelter, but there is an important message behind it. As such, we can’t help but give it a paw of approval.

Finally, Peugeot went all out with its special YouTube video, premiering the Audio Sonic Personalisation Programme that allows drivers to personalise the sound of their car’s horn.

Thankfully, it isn’t real – at least we hope it’s not. Car horns are annoying enough without letting people decide what noise they make!

ESM Verdict: Thumbs level. Top marks for effort, but it’s almost too realistic a proposition for us to enjoy!

After a day spent making marketing lolz, it’s back to the grindstone of sales figures and C02 statistics tomorrow. Until next year that is.