Like clockwork, BMW’s PR Department rolled out another almost believable product as part of its annual April Fools’ Day gag. This year, it’s the turn of the “Force Injection Booster” system. Full advert text below: 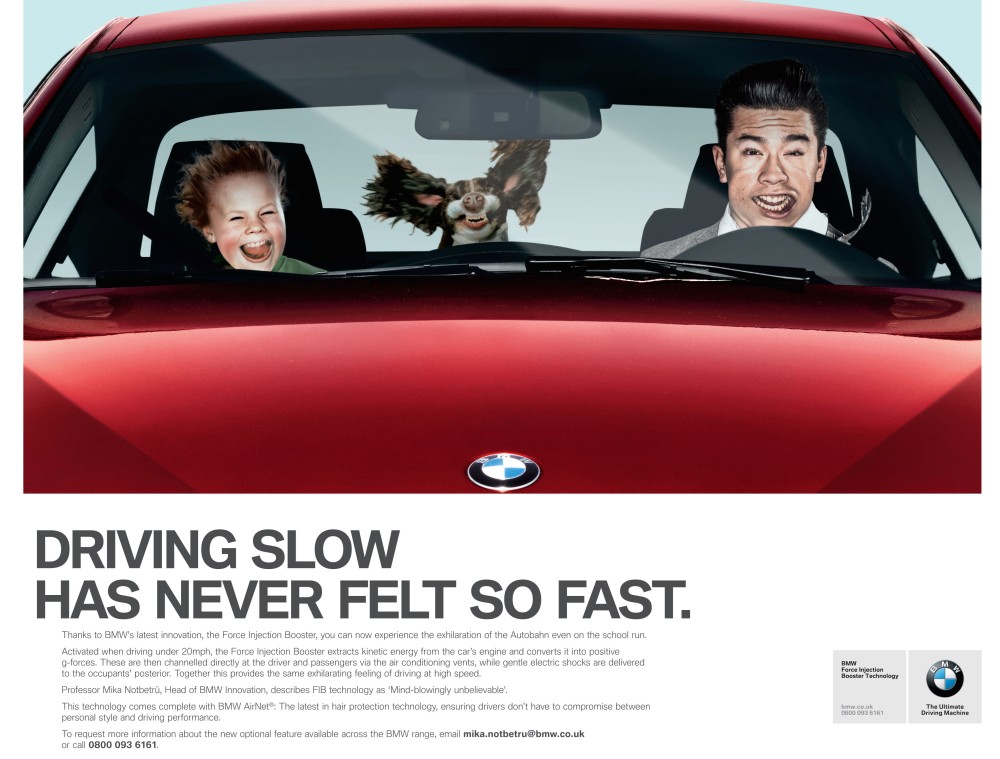 BMW looks set to change the face of motoring with the introduction of a patented artificial G-force technology.

BMW’s new Force Injection Booster simulates the effects of spirited driving, even when commuting at slower speeds, to create a thrilling ride. When activated at speeds under 20mph, the Force Injection Booster (FIB) works by extracting kinetic energy from the car’s engine and converting it into positive g-forces. These are then channelled directly at the driver and passengers through the air conditioning vents, while a mild electric current is delivered through the front seats, to simulate the same exhilarating feeling of driving at high speed*.

This technology comes complete with the BMW AirNet®, the latest in hair protection technology, to ensure that occupant’s don’t have to compromise between personal style and driving performance.

The Force Injection Booster will be available across the BMW range from 1 April, 2014.  For more information on this optional feature please call 0800 093 6161 or email mika.notbetru@bmw.com.

*Face alteration is not permanent

Good work BMW! Were it not for the AirNet we’d almost be tempted to believe it could be real. Meanwhile, MINI have got in on the act with their alternatively fuelled Cooper T. Full text below again: 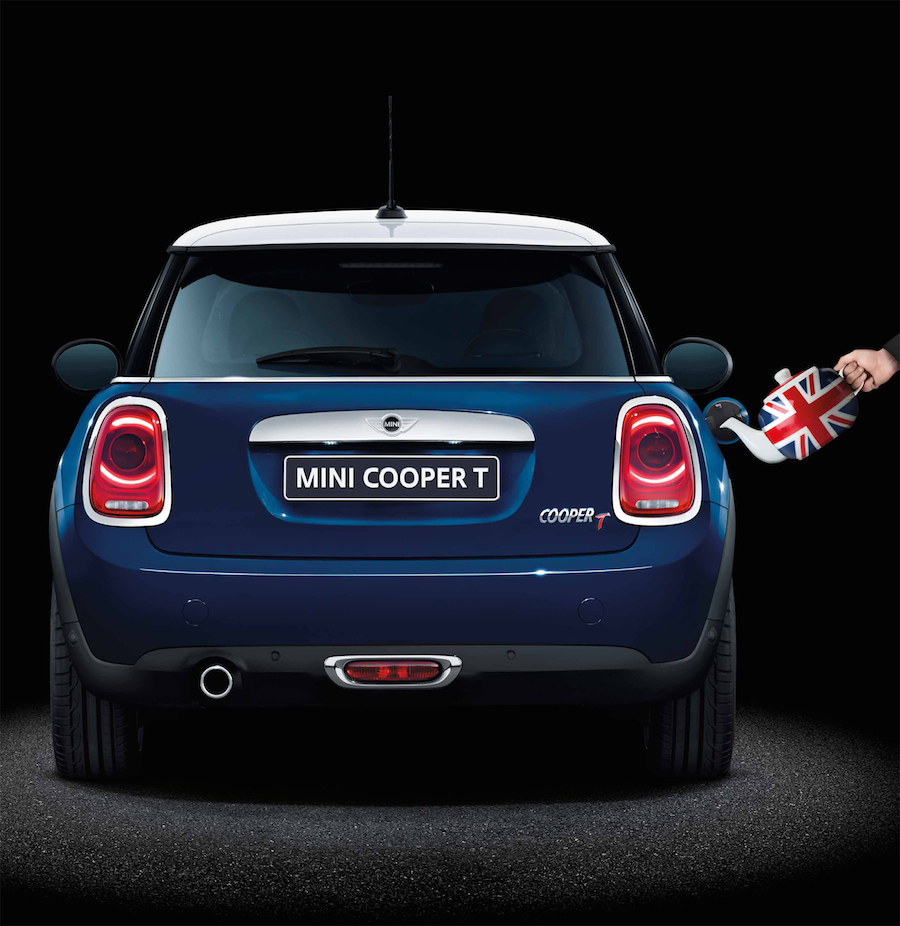 Enhancing the company’s sustainability credentials, MINI’s scientists, engineers and product designers have unveiled the new MINI Cooper T – the world’s first vehicle to be powered by a tea-leaf biofuel composite.

This revolutionary new model, which is available in a variety of colours including ‘Chamomile Yellow’, ‘Red Bush’ and ‘Earl Grey’, is expected to cause a real stir in the motor industry when it’s served up later this month.

Capable of covering up to 40 miles on a single cup, Cooper T certainly isn’t what you’d call thirsty. It boasts all the standard features you would expect, such as VVT, ABS and DSC, but also benefits from DAT or Dunk Avoidance Technology. This ingenious filtration system stops peckish owners and opportunistic passersby from inserting biscuits into the MINI T’s fuel tank in order to moisten their snacks.

Head of Cooper T engineering, Dr. Ivana Kuppa, said, “This particular project has been brewing for years. Our extensive research has shown that the nation’s favourite drink is also an ideal biofuel. We already know good things come in small packages, but with Cooper T customers benefitting from up to 40 miles per cup, we are delighted to have the opportunity to bring this car to market.”

MINI customers in the Gloucestershire area can get a first taste of the Cooper T at MINI Cotswold Gloucester on 1 April, where the vehicle will be displayed.