At the moment, there’s a sense of ‘opening all your presents before Christmas Day’ about the 2015 Geneva Motor Show. We’ve already had the Ferrari 488 GTB, Volkswagen has shown off the new Touran, and now Aston Martin gives us the Vulcan. At this rate there’ll be no surprises left.

The phrase ‘track-only supercar’ is certainly becoming a trend in the automotive industry. Take a normal, already hugely fast and powerful supercar, strip out all the road legal-ness, bolt a spoiler to the rear, and then charge a load of money for it. For an added bonus, be sure to include special, exclusive, track-day events for the few fortunate enough to buy one. Oh, and make them part of a ‘development programme’ so they feel important.

If that sounds slightly cynical, it’s because we’ve seen it recently with both the McLaren P1 GTR and the Ferrari FXX K. From a marketing point of view it allows manufacturers to build ridiculously fast cars, without the need to worry about complying with legislation to drive them on public roads. These are, essentially, the ‘editor’s cut’ of the supercar world. 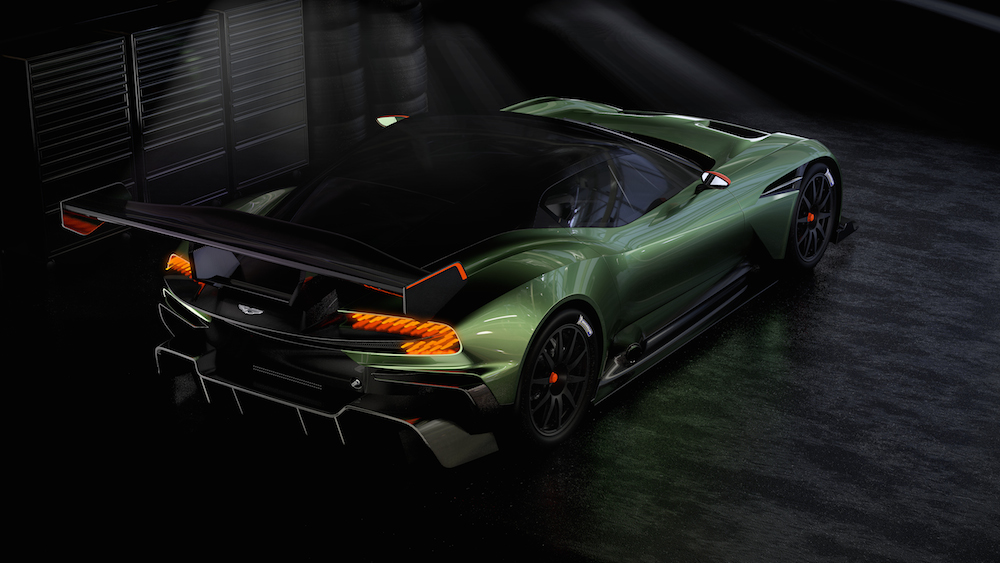 Without dwelling further on the reason why the Vulcan exists, let’s detail what it’s made from. Namely, the carbon fibre tub chassis from the One-77 mated to a naturally aspirated 7.0 litre V12 engine. With over 800 bhp, the Vulcan is going to be massively quick – of that there is no doubt. Aston Martin hasn’t released performance figures just yet, but it doesn’t take a genius to see this will be a very fast car! Channeling that power to the rear wheels is a six-speed, race-derived, sequential gearbox and a limited-slip differential.

Race-specification Michelin tyres are fitted to the 19″ wheels, whilst – 380 mm front / 360 mm rear – carbon ceramic brake discs are clamped by Brembo calipers.  Variable traction-control, driver adjustable brake-bias, and Dynamic Suspension Spool Valve (DSSV) adjustable dampers are just some of the motorsport toys fitted. In terms of hardware, the Vulcan is even more hardcore than the V12 Vantage GT3 from last week.

Externally there’s an obvious riot of spoilers, splitters and a huge rear-diffuser, whilst inside is an integral roll-cage and an immensely cool steering wheel. Seriously, that’s one of the best we’ve seen in a while. Carbon fibre and Alcantara are the order of the day for the trimmings, and naturally there’s no fancy sound-systems or multimedia setup here.

Orange trim breaks up an otherwise all black affair.

In terms of cost, we’re talking in the region of £1.5 – 2 million including taxes. That’s a hefty price but, if spending time in Aston Martin’s simulator and working with the firm’s GT racing drivers appeals that much, you know how much to write a cheque for. It’s worth considering the track-days won’t begin until 2016, although if you want to be one of the lucky 24 buyers, best get your name down now. Expect more information from Geneva next week.