Getting a full day’s live motorsport on TV, for free, is something to be celebrated. So what has got ESM’s editor so fired up about ITV’s British Touring Car Championship coverage?

Ask yourself this; when was the last time you really wished motorsport coverage would switch to show people stood in the pits, rather than something happening on-track? I’m willing to bet the answer is most probably … never. So why on earth do TV directors seem so intent on doing it?

Perhaps the aim is to add some sort of ‘human-interest’ angle to a motor race? Instead of merely being a sporting event, the TV director feels the need to elevate it to some great dramatic feat of cinematography. They didn’t spend several years at university, then many years more working up the ladder, to be standing at a rainy Oulton Park for just some noisy cars. No, they wanted to be directing epic movies, or something like Sherlock or Broadchurch. Forget those heathens who just want to see racing – there’s raw human emotion on show here!

In all seriousness, we have to commend ITV for the work they do in broadcasting an entire day of motorsport when it comes to the BTCC. To start at 10.30am and roll all the way to 6pm is a big deal. Not even Sky Sports F1 broadcasts for that length of time on race day. We should also be grateful that the BTCC remains free to air. There isn’t much live motorsport left that doesn’t now exist, at least partially, behind a pay wall.

But that doesn’t mean we should have to put up with TV directors trying to turn it into something that it isn’t. If you’ve looked at some of the comments on Twitter following the opening rounds at Brands Hatch, and Sunday’s action at Donington Park, there has been a consistent theme. The on-track action; brilliant. Just stop cutting away from it to show people in the bloody pits!

Mrs Colin Turkington is, I’m sure, a lovely person. But I imagine even she gets rather fed up of having a TV camera poked in her face every 30 seconds. Also, she’s trying to watch the race like everyone else. You, Mr TV Director, cutting to her is actually stopping her seeing what’s happening to Colin. So she’s naturally going to look frustrated or concerned – like the rest of us, she can’t see what’s going on.

It’s not just BTCC that this disease exists in, however. Naturally, as with most things motorsport, it’s Formula 1 we have to blame for this human-interest obsession. The Bahrain Grand Prix was littered with cutaways to random people in the crowd, random people holding babies, and Carlos Sainz Jr’s mother, every 35 seconds. It adds nothing to the experience. If someone’s son retires from a race, we can expect their parents to look sorry for them. When a Honda engine fails, again, we know Ron Dennis will look ever so slightly annoyed.

At no point is Big Ron going to find the chief engineer from Honda and give him a damn good thrashing on live TV. Ever. It’s just not going to happen. So please, Mr F1 Director, stop cutting to the pits so often. By doing so you just create the impression that it’s what you ‘have to do’ when filming motorsport, which filters down to every other echelon of the sport. 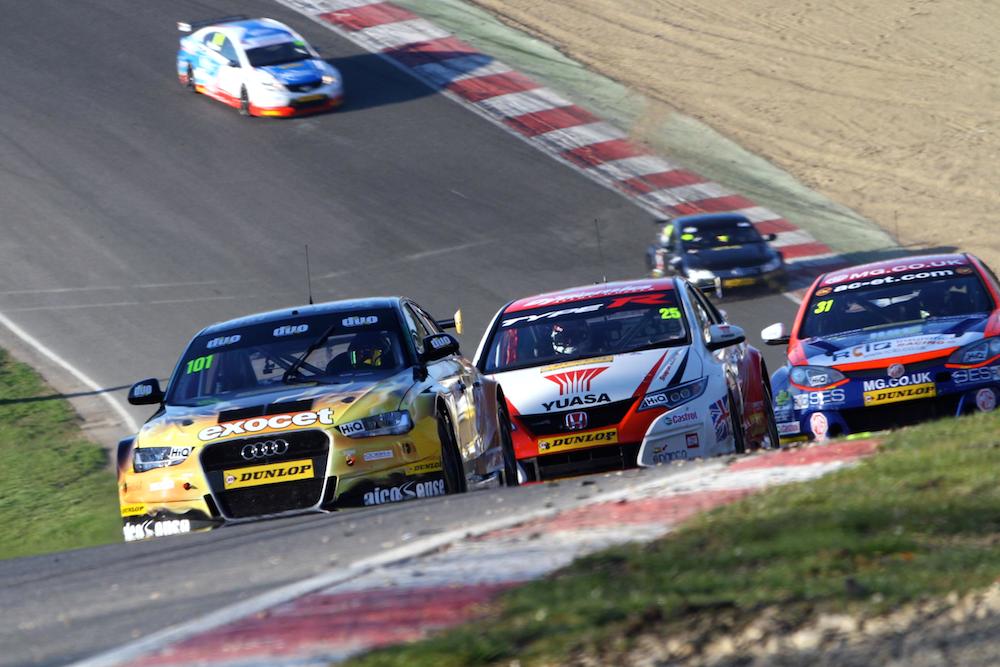 But please, ITV, ask your director to be the bigger person. Ask them to remember this is just humble BTCC. There’ll be no BAFTAs or Golden Globes for an overcast weekend at Thruxton. So just concentrate on what the cars are doing on the track, and stop harassing Mrs Turkington and friends. Thanks.