The growing importance of the Chinese market for upmarket brands cannot be ignored. Which is probably why Audi has decided to show off the third “Prologue” concept car at the Shanghai Auto Show this weekend. 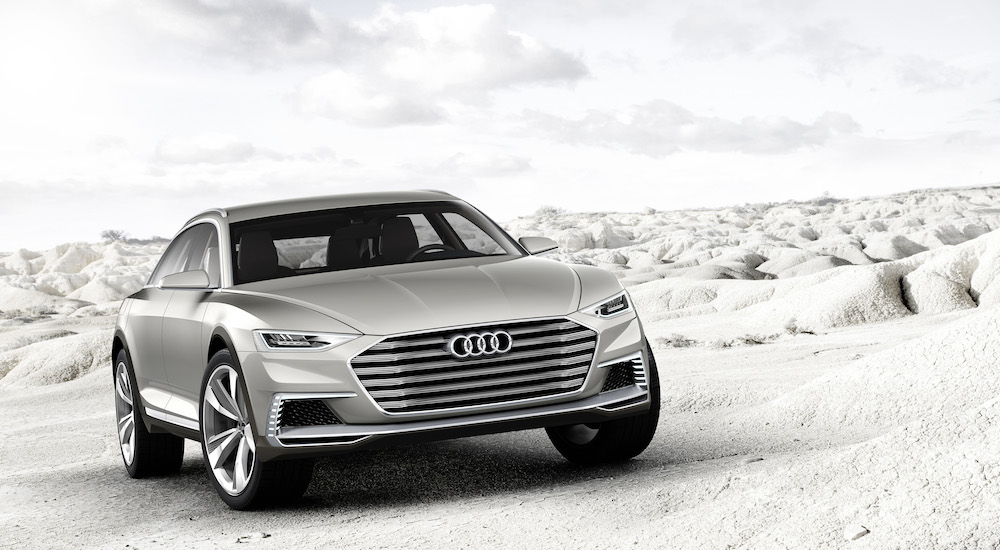 Make no mistake, this is a seriously big Audi. At 5.13 metres long, this is a car of rather epic proportions, something emphasised by the fact the 22″ alloy wheels look relatively normal on it! Being an Allroad car, the idea is of course to take a regular Avant model, and jack the suspension up for mild off-road potential. Here the suspension is raised by 77 mm, meaning there’s not much scope for extreme off-tarmac action – an overgrown lawn or high kerb might be the limits here.

Underneath the lengthy bodywork, which features touch-sensitive window trim to unlock the doors (yes, really), hides some rather interesting technology. A twin-turbocharged 4.0 litre V8 TFSI petrol engine is mated to an electric motor which, when combined, offer up a staggering 724 bhp and 664 lb-ft of torque! That’s more horsepower than a Lamborghini Aventador – but in an estate with raised suspension. 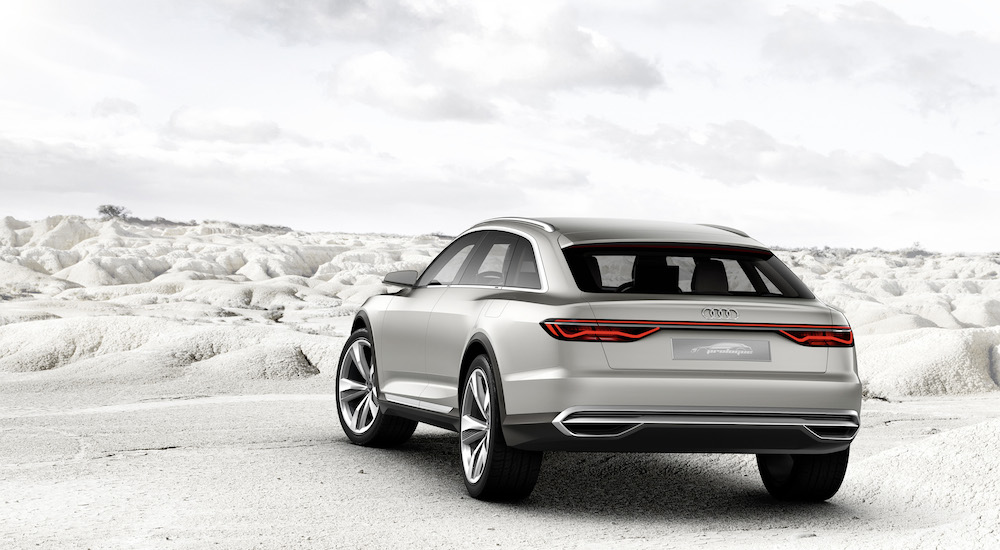 Naturally for an Audi, this power is sent to all four wheels via a quattro drivetrain, using an eight-speed tiptronic gearbox. Performance is suitably shocking, with 0-62 mph in just 3.5 seconds! 20″ carbon-ceramic brake discs are there to help keep things under control, whilst the air suspension offers a range of damping options. 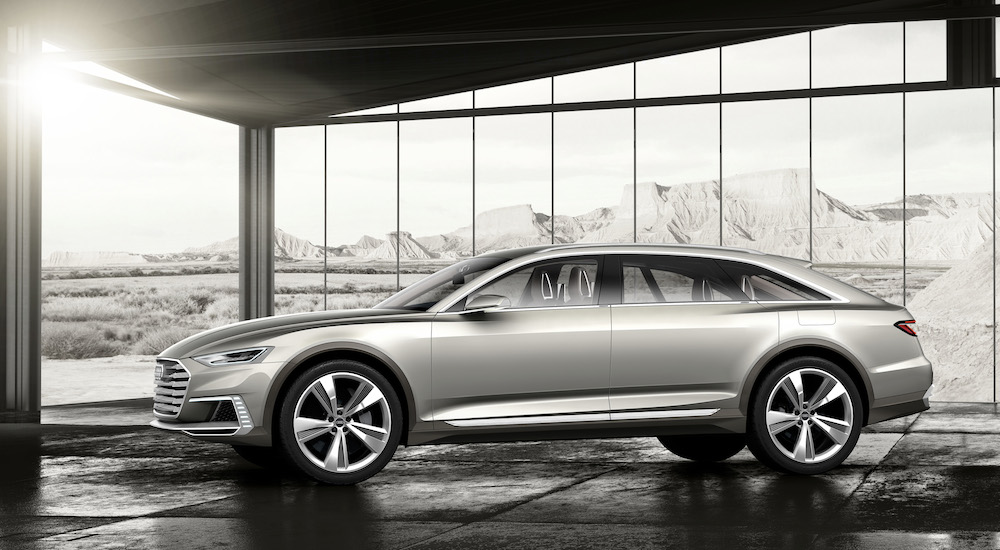 Thanks to the lithium-ion battery mounted at the back of the car, the Prologue Allroad can run in pure electric mode for 33 miles. This helps boost official fuel economy figures to 117 mpg, with just 56 grams CO2 per km. More impressive is the use of Audi Wireless Charging, which means the Prologue Allroad can be charged inductively. No more fiddling on with cables here. 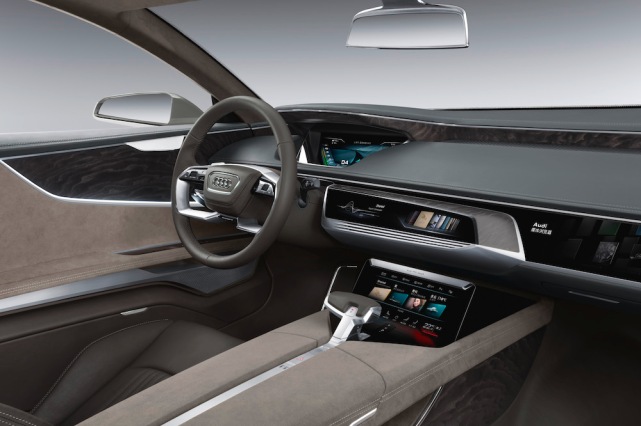 Attention to detail is hard to ignore

Inside is a plethora of OLED screens, with one in the front to control the air conditioning and multimedia systems, whilst the two rear passengers receive one each also. Audi’s virtual cockpit – as used in the latest TT – adds even further to the screen count. Most impressive is the virtual ‘butler’ system, which recognises passengers based on their smartphone and adjusts seats, climate control settings, and media options to suit. We presume it’s probably not able to mix drinks or serve canapés, however.

The Prologue Allroad is a serious concept car from Audi, and one which clearly shows the route the Ingolstadt firm intends to take over the coming years. Integrating technology, especially smartphone connectivity, must be a key driver for any marque moving forward, as the automotive industry has seemed slow to react to the rise of the iPhone. Audi has seemingly combined this, and the importance of the Chinese luxury market, it one substantial concept.