Following the launch of the latest Mazda MX-5 earlier in the year, we’ve now got the second half of the tie in between the Japanese manufacturer and Fiat. Pay witness to the new 124 Spider.

That the 124 Spider is making a debut at the Los Angeles Motor Show should probably tell you everything you need to know about the intended target audience for this roadster. Fiat clearly hopes to play on the American affection for the original 124 Spider, which proved to be hugely popular Stateside. In fact, from 1975 to 1983 the 124 Spider was only sold in the USA, which helped account for some 85% of the 200,000 cars made ending up across the Atlantic.

Given that the links to the previous model are so important, this goes some way towards explaining how Fiat have used the same underpinnings as the Mazda MX-5 to produce something which looks, well, a little bland. Viewed from certain angles there are elements of Honda S2000 or second generation MX-5 creeping in, whilst the front is a pastiche of the original 124 Spider with added LED lighting. At the back are taillights and integral rear spoiler that have more than a passing resemblance to a Maserati GranTurismo. 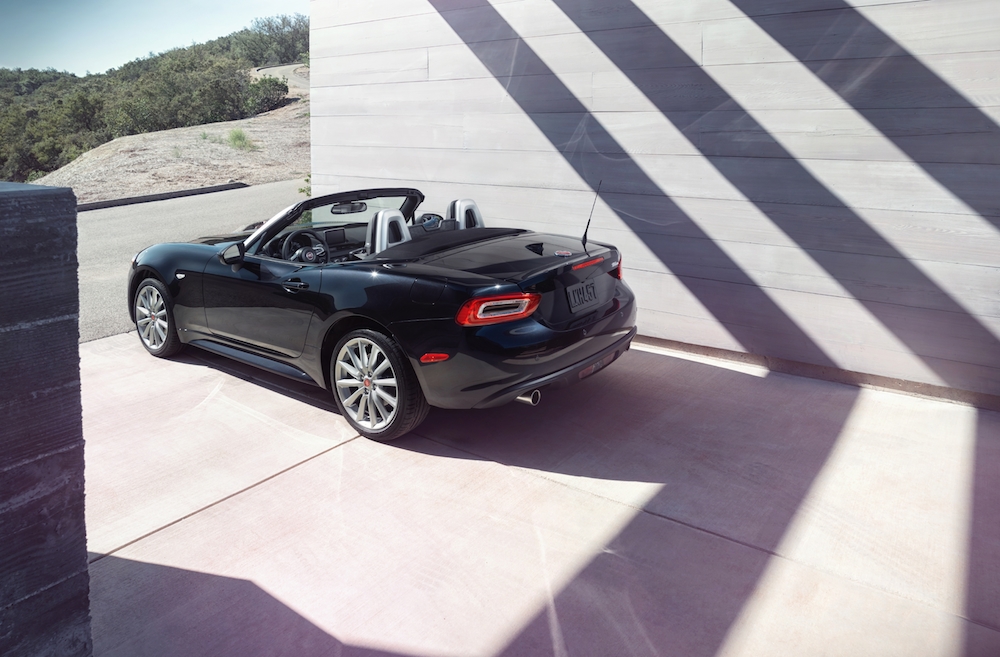 It’s not necessarily unattractive but does look a little bit dated already, when compared to the contemporary Mazda MX-5. Inside, however, it’s virtually all Mazda – even down to the infotainment touchscreen sprouting from the dashboard. It’s by no means a bad interior, but you can’t help but feel Fiat could have tried a little harder to add some Italian style to the Spider.

Whilst still rear-wheel drive, the engine used to send power to the back is where the 124 Spider does start to differ. Gone are the naturally aspirated SKYACTIV engines of the Mazda, and in comes a turbocharged 1.4-litre MultiAir unit making 140 bhp. In the USA the output gets upped to 160 bhp, with the option of an automatic gearbox in place of the standard six-speed manual unit. No word yet on whether those choices will make it to Europe. 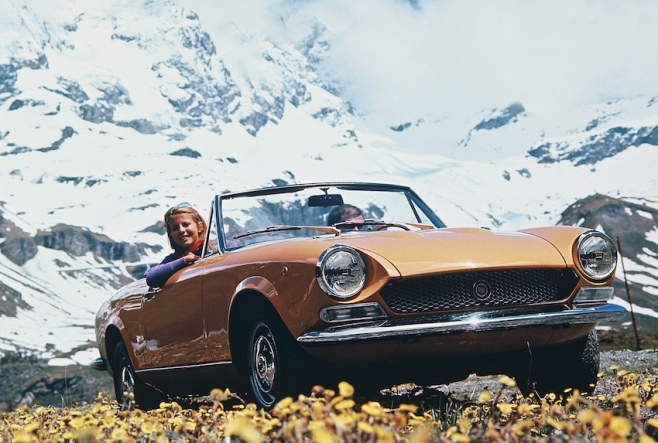 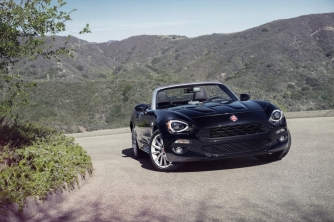 Black is a strange choice of colour for a promotional car

Sharing a platform with the Mazda MX-5 can only bode well for ride and handling of the 124 Spider. Fiat appears to be touting it as slightly more cruiser, than outright sports car, presumably to add some distance from the Japanese vehicle. That talk of sound insulation being added to the soft top roof comes higher up the press release than engine choices, probably indicates this direction too.

In the UK sales will begin in the second half of 2016, with prices and specification being confirmed nearer the time. Discounting the pram-roofed 500C, it’ll be the first time we’ve seen a Fiat cabriolet on these shores since the demise of the left-hand drive only Barchetta. In the meantime, feel free to buy an old Mazda Mx-5 or Honda S2000 whilst you wait.