Although the World Rally Championship has already finished for 2015, Hyundai have got the jump on their rivals by showing off their new 2016 car now.

We were always a little unsure as to why Hyundai began its second attempt at the WRC using a car based on the first-generation i20 model. Credit must be given to the original version though, as it allowed the team to battle for second place in the Manufacturers Championship all the way until the final round this year. The 2016 season kicks off at the Monte Carlo Rally in just six weeks, and the three-car Hyundai Motorsport squad should be in a strong position, having completed some 8,000km testing with the new machine this year. 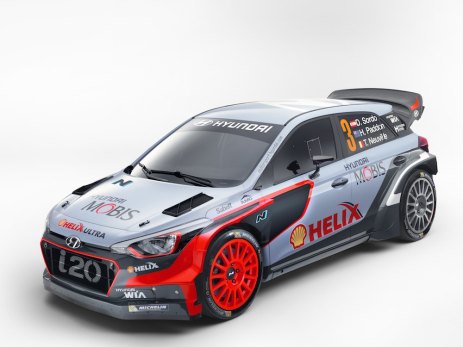 See if you can spot the best side repeater design, ever.

As much as EngageSportMode is a fan of the Volkswagen Polo, and the all-conquerieng dominance of WRC by it for the past three seasons, it would be good to see the Germans have a real challenger. Plus, with Citroën withdrawing factory support for the DS3 WRC, Hyundai should be able to sew up second place, at least.

Probably wider than a Tucson back here. 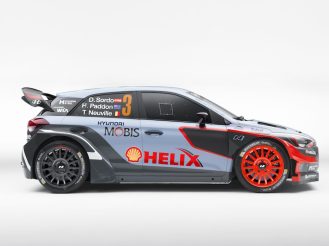 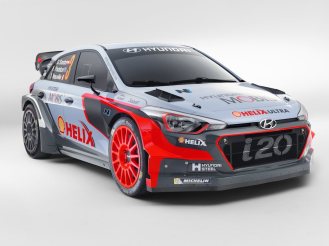 We’re thankful that the current WRC regulations have let Hyundai produce another good-looking rally car. There are some neat design features on the new i20 – we love the tiny, carbon-encapsulated, side repeaters for instance. All we need now is Hyundai to give us a proper N Performance road going version, with 4WD. That’s one way they could definitely beat Volkswagen…