OK, we admit ‘Return of the Mach’ would be the most appropriate pun-worthy headline. But, as Ford used that in their own press release, it would have been way too obvious. Thanks, Ford… 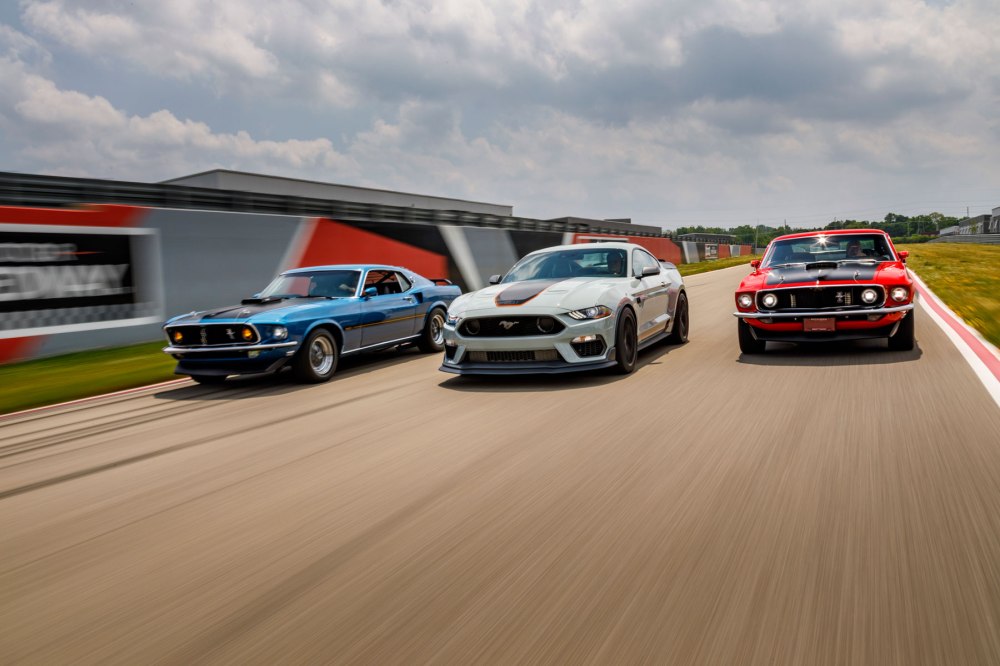 You probably don’t need EngageSportMode to tell you that 2020 is a pretty crazy place to be right now.

To get away from it all, let’s take a trip back to North America in the late 1960s, when everything was going so much better, right?

Say hello to the brand-new Ford Mustang Mach 1, inspired by the performance-option package first fitted to pony cars all the way back in 1969. 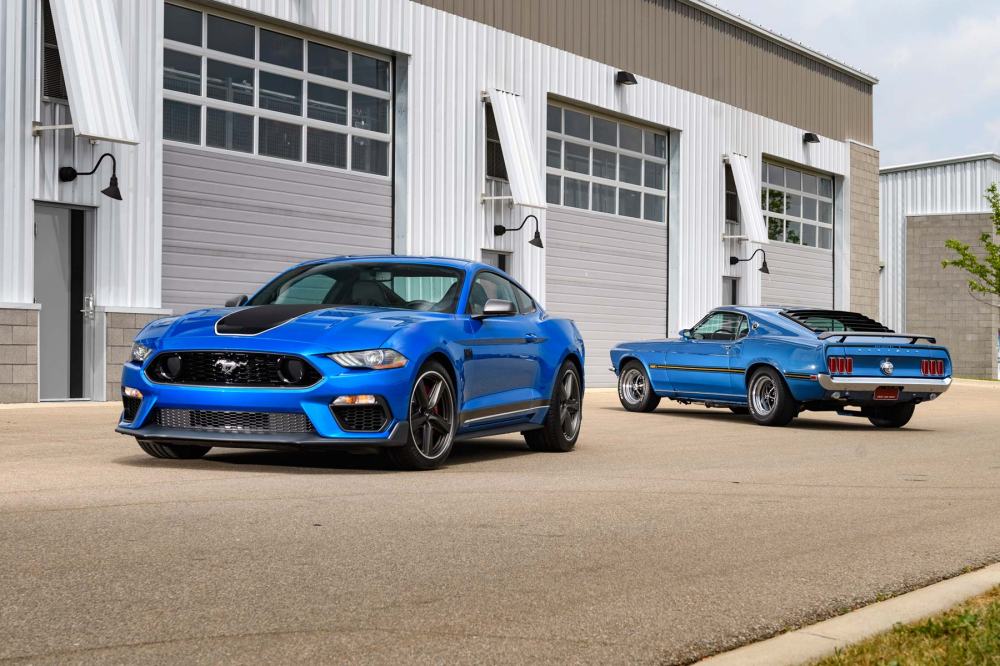 The announcement of the 5.0-litre V8-powered 2021 Mustang Mach 1 also marks the return of the model after seventeen years in the wilderness. The 2004 Mustang range was the most recent to feature a Mach 1 version.

However, in the press photos Ford has very much focussed on the original Mach 1, sold between 1969 and 1970. We can’t blame them, as the original Sportroof ‘Stang is a fairly iconic shape, aided by the performance enhancements the Mach 1 package brought.

Retro Mach 1s have  become hugely collectible in recent years, with rare Super Cobra Jet versions and their 428-cubic inch V8 engine the most prized of all. 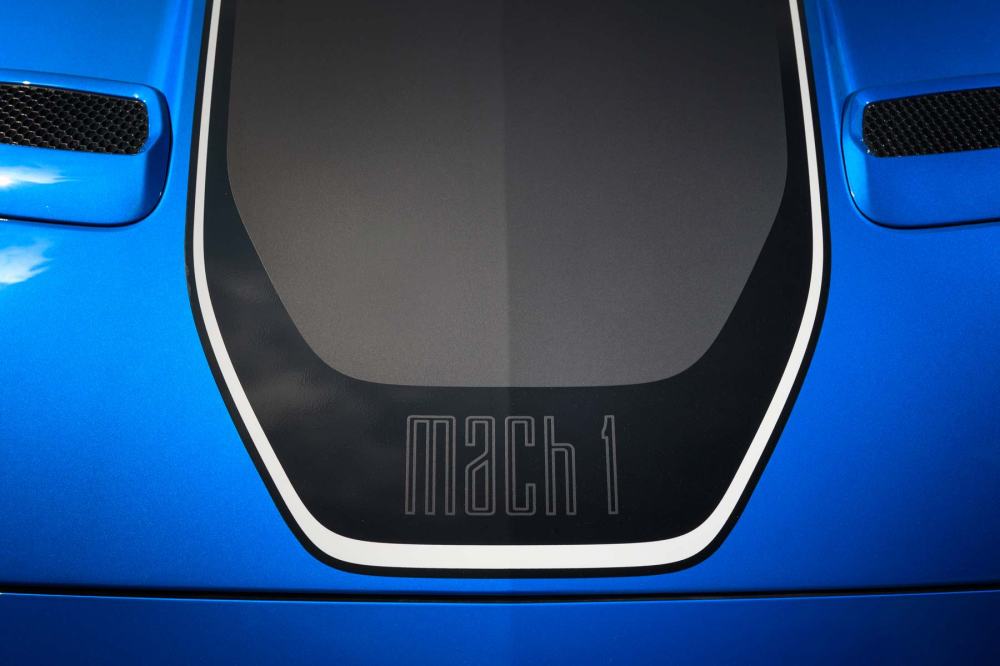 The engine beneath the hood of the new Mach 1 Mustang is not quite so large as those from the 1960s. But it does have more power, with the 5.0-litre V8 projected to deliver 480 horsepower and 420 lb-ft of torque.

A six-speed Tremec manual transmission is standard, including Ford’s rev-matching technology, whilst a ten-speed automatic is available as an option.

Built with track performance in mind, Ford fits the reborn Mach 1 with various parts from the Shelby GT350. This includes an intake manifold and engine oil cooler, whilst a new transmission oil cooler is added, too 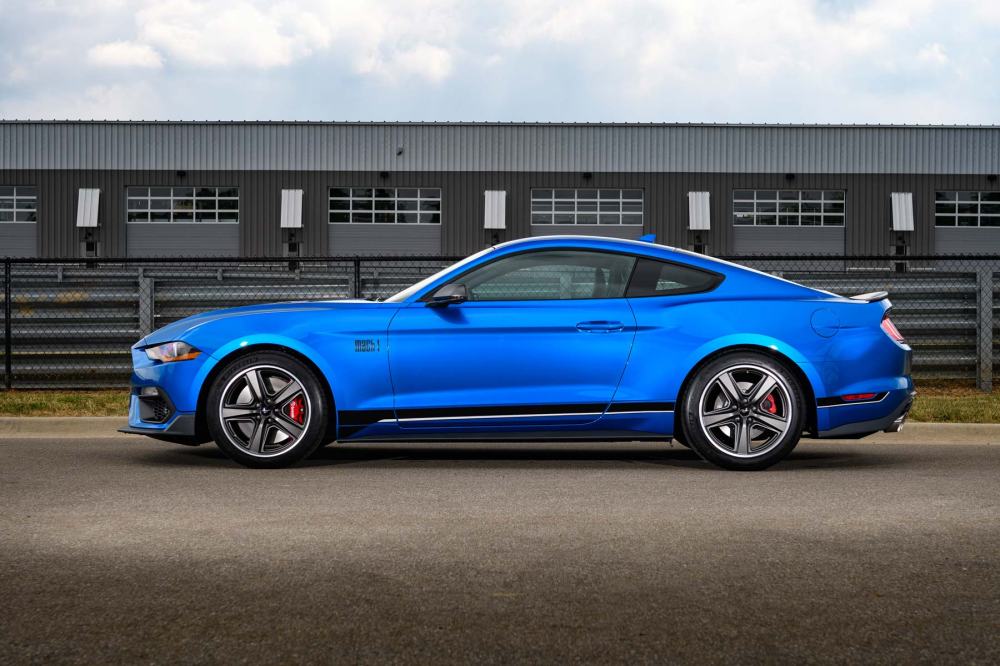 Helping the new Mach 1 stick to the track is a recalibrated Magneride suspension system, along with stiffer front springs and upgraded anti-roll bars. Choosing to keep the manual also opens up access to the optional Handling Package. This includes wider 19-inch alloy wheels in a multi-spoke design, unlike the retro-looking items fitted as standard.

The Handling Package also ups the already impressive level of aerodynamic performance. As standard, the Mach 1 features a front splitter and rear spoiler that generate 22% more downforce than a regular Mustang GT.

Opting for the Handling Package takes this to 150% more, aided by the addition of a larger splitter, a redesigned spoiler with Gurney flap, and wheel spats taken from the Shelby GT500.

Other special styling elements include a 3D front grille based on the 1960’s Mach 1, including imitation driving lights. A Magnetic grey Mustang badge is installed, with the same colour finish extended to the wing mirrors, and rear spoiler.

Unseen beneath the Mach 1 is a new belly pan, capable of directing airflow to increase downforce, and also to feed cooling ducts for the brakes. Michelin Pilot Sport 4 tyres come as standard.

Such attention to detail demonstrates that Ford intends this to be more than just a special edition with extra stripes. This should be a genuine performance car capable of filling a gap between the Mustang GT and Shelby models. 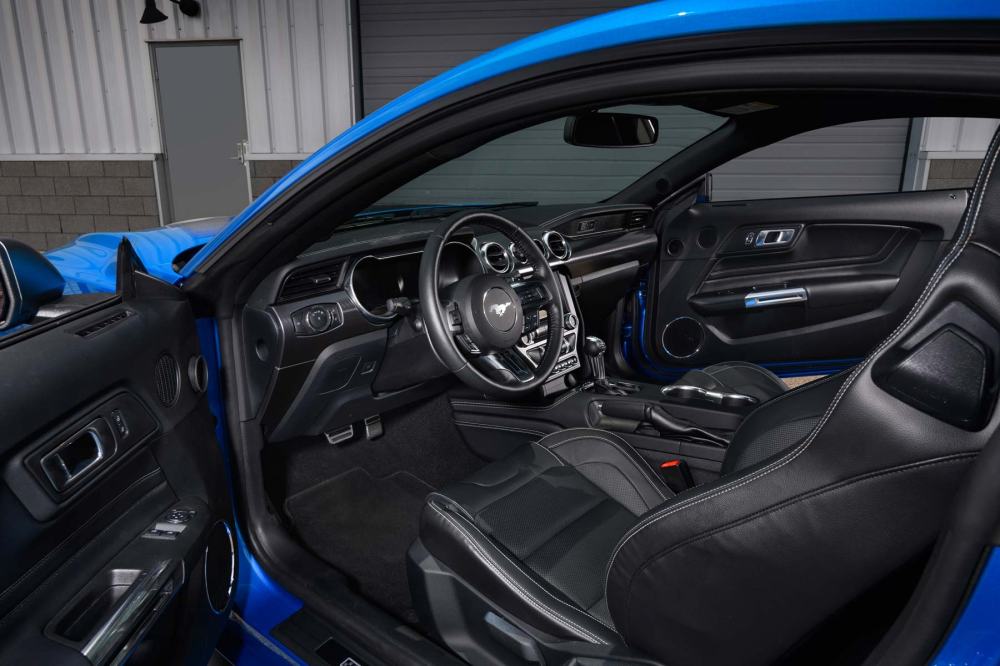 Inside is also a mixture of regular Mustang and extra additions. Optional leather seats feature stripes that resemble a classic model, whilst the instrument panel gains a special ‘Dark Spindrift finish’ with shiny aluminium accents.

A white cueball-style gear knob continues the retro theme, although a 12.3-inch digital dashboard is a thoroughly modern piece of technology.

Like any good limited edition, the Mach 1 has special door sill plates, and an engraved dashboard badge that includes the unique build number of the car. 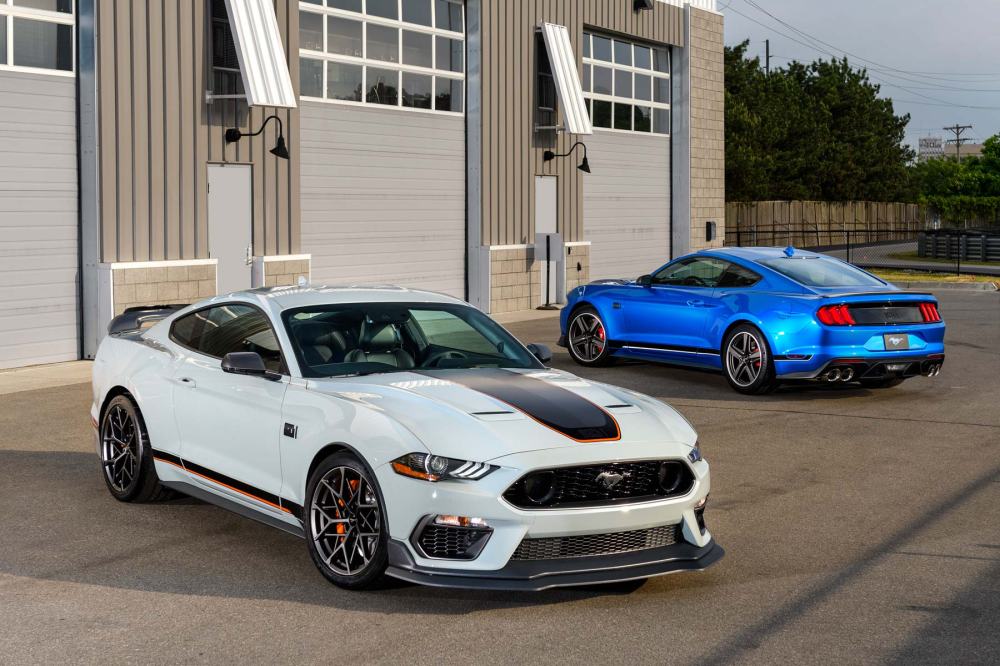 Buyers will have a choice of eight different exterior paint colours, including an exclusive ‘Fighter Jet Gray’ finish. Satin black stripes on the bonnet – yup, like the original – are standard, whilst red, white or orange reflective accents can also be specified.

Ford has not announced potential pricing for the 2021 Mustang Mach 1, or even how many examples will be produced. Given the almost unstoppable demand for muscle cars, it seems unlikely that Ford will have a problem shifting however many it decides to make. 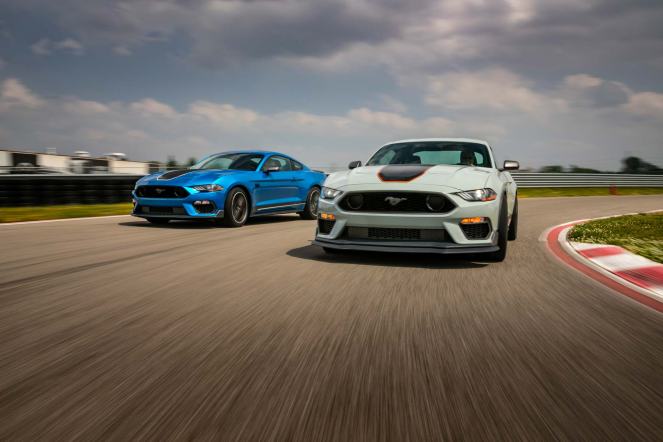 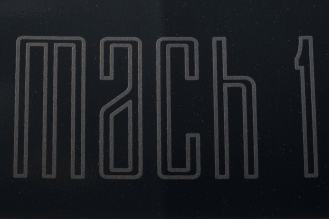 Could this be an attempt by Ford to make amends with enthusiasts for the controversial naming of the all-electric Mustang Mach-E? Who knows, we’ll just have to wait until the spring of 2021 to see if the modern Mach 1 delivers.