Here at EngageSportMode we’ve brought you a veritable banquet of new cars in the space of one short week. You can find all our coverage here, but with the dust settling and the return to normality, we’re left pondering just what did Geneva 2014 teach us about the state of the car industry?

Everything is now turbocharged
Be it from the smallest city car to the most powerful supercar, and everything in between, turbos are now seemingly commonplace in the pursuit of both performance and economy. With their ability to offer the witch craft combination of efficiency, compactness and added oomph the turbocharger is here to stay.

Three cylinders, 900cc and 90 hp for the new Twingo 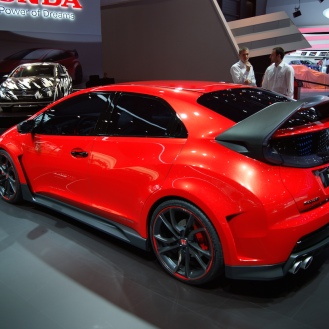 Biggest in terms of turbo news is the fact the Ferrari has resorted to forced induction for the first time since the F40 of the 1980s. The California T gains a new engine, and funky dash-mounted boost gauge, with resultant epic gains in torque and fuel economy. At the other end of the scale, the new rear-engined Renault Twingo comes with the option of turbo three-cylinder power beneath its boot floor. Oh, and lets not forget the concept Honda Civic Type R with its VTEC turbocharged power plant in place of the famous high-revving units used before.

Facelifts are all about subtlety
A number of models – automotive ones that is – at Geneva hit their mid-lifecycle facelift point. But, for many examples, you’d be hard pressed to spot what actually changed. 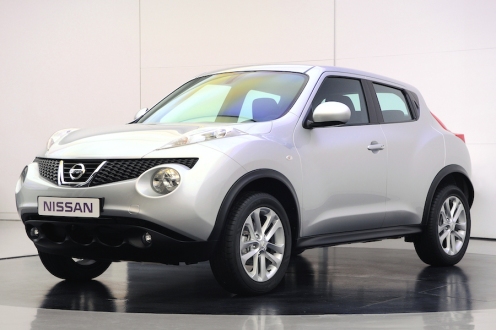 Although only three years old, Nissan decided its small Juke Crossover needed styling enhancements to bring it in line with the rest of the company’s range. Cue a slightly revised front grille, updated front and rear lights, side repeaters in the indicators and that’s pretty much it. Under the body a new 1.2 DIG-T (turbo, obviously) engine replaces the old 1.6 litre petrol unit, and boot space is upped by 40% on non-4WD models. Otherwise, it’s business as usual compared to the 420,000 examples already sold, apart from the introduction of the higher power Nismo RS model.

All new Scirocco R. Kind of.

Somewhat longer in the tooth is Volkswagen’s Scirocco which was first revealed at the Geneva show back in 2008. As one of the few Golf-based VW models not on the new MQB platform, Wolfsburg was clearly not in any mood to spend lots on a complex overhaul of its coupé. The result is a ‘blink and you’ll miss it’ massaging of the bumpers and updated light clusters. Internal changes include new gauges on the dashboard and updated engines for greater economy.

The styling department at Volkswagen has clearly been given lessons on the art of understatement, as the revised Polo also came in for the most minor of changes on the outside. Compared to the midlife updates given to previous generations of the VW supermini, we perhaps expected something a little more dramatic. Instead, external changes are mere minor tweaks to pull the Polo into line with the rest of the VW family, whilst the bigger modifications concern engines and multimedia systems. Check out our good friends at PoloDriver.com for a detailed run down of what’s new.

Geneva did at least produce some more noticeably updated models; Ford’s revised Focus being a clear step change from the styling of its predecessor. But beyond that, it’s difficult to think of any manufacturer investing big money in changing the looks of an existing model. Does this mean anything? Well, we’re still in the process of recovering from the global economic crisis which began in 2008. Manufacturers are therefore still potentially being cautious to protect the value of existing models, many of which will be financed on their own PCP ownership schemes. Too radical an update could see the values of those cars drop, leaving manufactures with a big tab to pick up when it comes to guaranteed final value figures.

Blue is the new brown
Last year every press car seemed to come in a shade of brown. At Geneva it seems, hopefully, we’ve turned the corner away from the sepia spectrum to cars with a little more colour, even if it is just shade of blue. Unless it’s Bugatti, who made the most incredibly brown version of the Veyron with the Grand Sport Rembrandt, or Volvo with their estate concept. 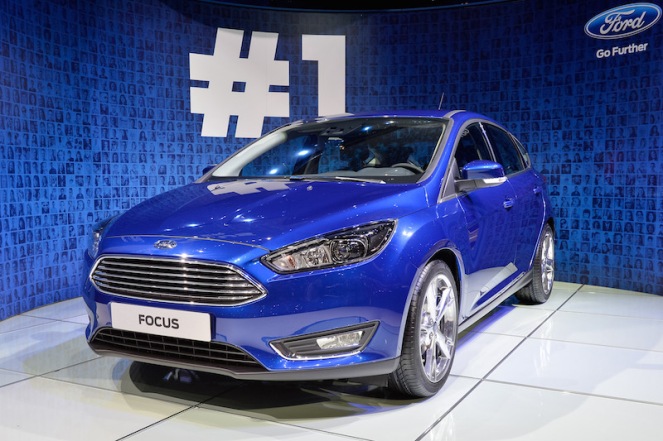 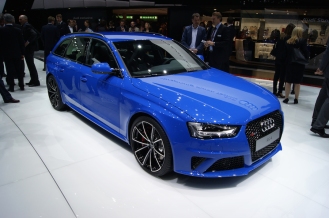 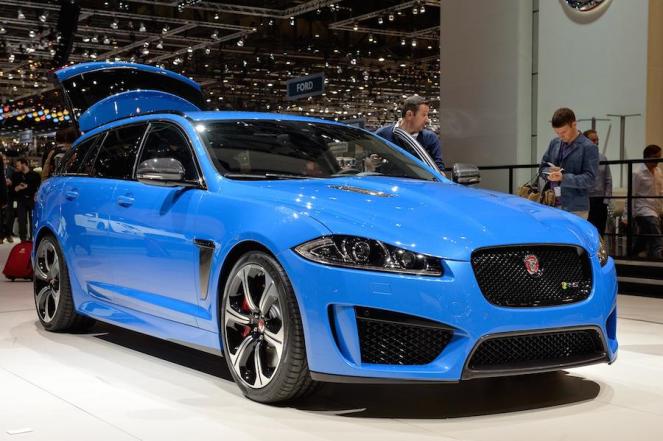 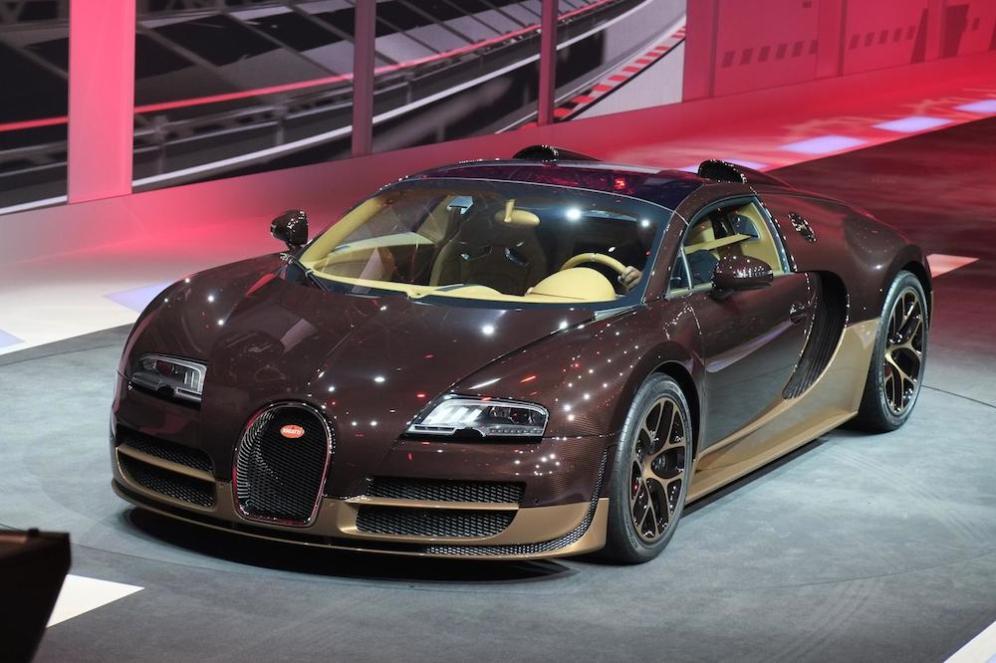 Two shades of brown on one Bugatti

Small cars still rock
If the past few years of financial restraint have taught us anything, it’s that downsizing matters. In particular, we saw a slew of new city-cars at Geneva 2014, with all-new cars in the shape of the Toyota Aygo / Citröen C1 / Peugeot 107 trio and Renault’s aforementioned Twingo, along with special editions for the SEAT Mii and Vauxhall’s Adam. Pint-sized off-roaders were also a big deal, with the concept Volkswagen T-ROC being revealed next to Jeep showing off the production ready Renegade. 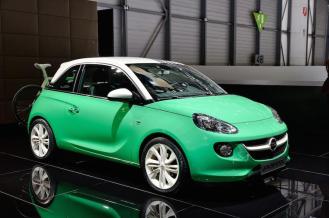 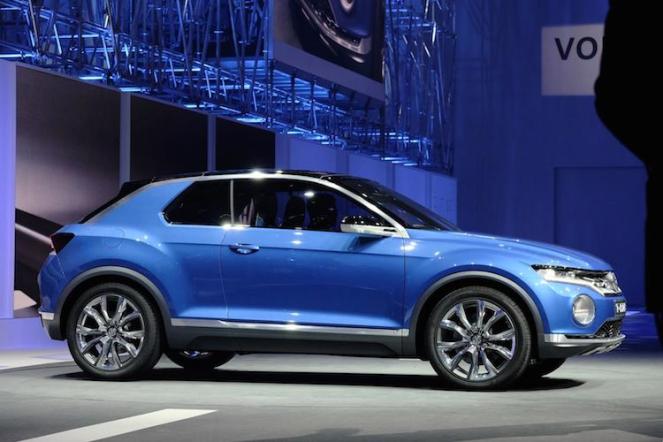 Jaguar is actually making a 3-Series rival
At the risk of putting headline writers for weekly car magazines out of work, Jaguar finally showed off a teaser of the forthcoming XE compact executive saloon. Those journalists have had free rein to write provocative, speculative, headers since the demise of the X-Type in 2009. Unfortunately, for them, and fortunately for the rest of us we’ll only have to wait until next year to see the release of the new ‘baby Jag’ model. The details are already interesting; an aluminium monocoque chassis with a new range of four-cylinder engines produced in the UK. There’ll be more news, and pictures, throughout the year we’re sure.  For once, at least, those headlines might actually be accurate.

We hope you’ve enjoyed our coverage of the 2014 Geneva Motor Show here on EngageSportMode. We’ll bring you further news and updates on the above as and when it becomes available. But, for now, we’re going to kick back with a giant Toblerone and relax.

Photo credits once again to the wonderful Newspress.co.uk and headlineauto.co.uk