Clarkson and Top Gear have dominated the news this week. EngageSportMode’s editor gives his opinion on what this latest controversy means for the future of the world’s most popular motoring media brand. 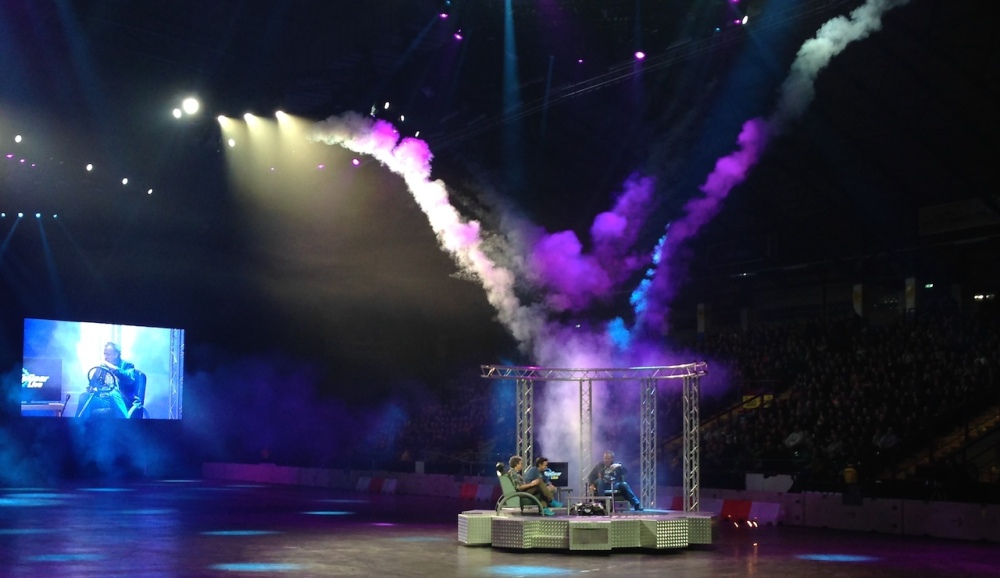 But yes, ‘Jezza’ has landed himself in hot water again for reportedly striking a Top Gear show producer in a fracas over his dinner. That’s what the papers and, curiously, the Radio Times will have us believe. In short, nobody really seems to know the full details, and those that do are keeping very quiet whilst the incident is investigated. In truth, it doesn’t really matter. Of greater significance is the potential ‘end of days’ for the Top Gear TV brand as we know it.

It’s been almost 12 and half years since ‘new’ Top Gear returned to our screens in October 2002. Given that, were it a person, TG would have now qualified for secondary school, it seems hardly apt to refer to it as new anymore. That in itself is, perhaps, one of the greater challenges Top Gear faces – no longer is it fresh and novel, but instead has become increasingly formulaic and predictable.

Whilst the budgets and backdrops may have become more elaborate and dramatic, the basic premise hasn’t changed a great deal. Looking back, ‘new’ Top Gear has always just been three middle-aged men messing about like school kids, with only a passing reference made to performance cars. The viewer numbers have, however, increased substantially from around 3.5 million back in 2003, to almost 7 million for series 21 last year. It’s now the most widely watched factual TV show on the planet!

With a bigger audience comes the need to keep them entertained, but a larger – more diverse – baying crowd of spectators has greater needs than just new car reviews alone. Read through the episode list of Top Gear on Wikipedia, and you’ll see how the ‘reviews’ section shrinks whilst the ‘features/challenges’ one becomes increasingly engorged.

The latter is of course the driver for the big name stunts, such as road trips across America or demolishing stuff with HGVs. It also meant the need for humour, such as the Ford Transit hover van or converting a combine harvester into a snowplough. There are a number of episodes that never feature any kind of car review at all – it’s all humour and explosions – which is what keeps the audience coming back for more. Even when cars do get featured, it’s often long after they’ve already debuted. The Jaguar F-Type Coupé, shown last weekend, was first released into the wild a year ago yet only now makes it on screen.

Despite the relatively low actual ‘motoring’ content, Top Gear still dominates the automotive journalism landscape like a ginormous multi-storey car park. Mention you like cars to someone, and the automatic assumption is that you must love Top Gear. Hint at the fact you write about cars, and you therefore must be aspiring to be the next Clarkson.

The omniscient presence of Top Gear in the UK, and global, automotive psyche means all other motoring journals, websites and programmes pale into comparison. Whilst Clarkson has always maintained his opinion doesn’t influence people’s car buying, ask the average person in the street for an automotive reference point and it’ll unquestionably be Top Gear. That’s a massive force for any other motoring media outlet to battle against, despite the quality of publications and journalists out there.

Don’t mistake this for jealously of the success of Top Gear. Whatever your opinion on Clarkson the man, as a media visionary with Andy Wilman, he has transformed TG into a global sensation. That cannot be knocked; nor can the vast sums of money
he has made for himself, his co-stars and the BBC. Like we featured recently, the cash made from the Top Gear Live arena shows is substantial in itself, let alone the rest of the merchandising and syndication fees from the brand.

But what this has created is a TV show with three, very wealthy, middle-aged men sitting around discussing what supercar to buy next. Does that really make for relatable television? Out of those 7 million viewers, how many can decide to just pop out and buy a Ferrari 458 or Porsche 911 GT3? Not many. You can argue that Top Gear is aspirational dreaming for those who pin their hopes on a lottery win. It’s automotive pornography – your experience in reality may differ, and leave you with a Fiat Multipla instead of a Pagani Zonda.

Clarkson and Co. would argue that featuring ‘normal’ cars would make Top Gear dull and boring, destroying their ratings overnight. It’s probably true, but in the face of an automotive industry going through massive changes, how long can a diet of just supercars and shenanigans really be sustained?

Top Gear finds itself at a crossroads, not least because of the latest Clarkson incident. The current three-year contract for the show with the BBC finishes this month. Neither Jezza, nor the producers, appear to have signed anything going forward. Regardless of Jeremy’s mealtime melee, it seems conceivable that even the BBC would be pushing for changes to a format that seems to have reached the end of its shelf life. Clarkson always said he would end new Top Gear when the time was right. 2015 may well be the time for that to happen.