EngageSportMode has featured the SEMA show, and the quite literally mental creations it throws up, before. This year seems to have been just as crazy, so we’ve pulled together a gallery featuring some of the wildest offerings. Just remember beauty is in the eye of the beholder, or something like that.

Car modification in the UK seems to have come a long way from the Max Power glory days. Gone are the bodykitted Corsas and Saxos with huge exhausts and deafening subwoofers. Today, aside from bigger wheels or a vinyl wrap, everything just seems pretty standard looking. But, over in America, the modification industry still seems to be alive and well.

However, it isn’t just aftermarket companies that use the annual Speciality Equipment Market Association event to show off. Car manufacturers are also using SEMA to display their creativity with concepts inspired by celebrities, or just the minds of designers running wild. We’ve picked a handful of our favourites from the show, but there’s a bigger gallery of the slightly crazier stuff further down. Enjoy. 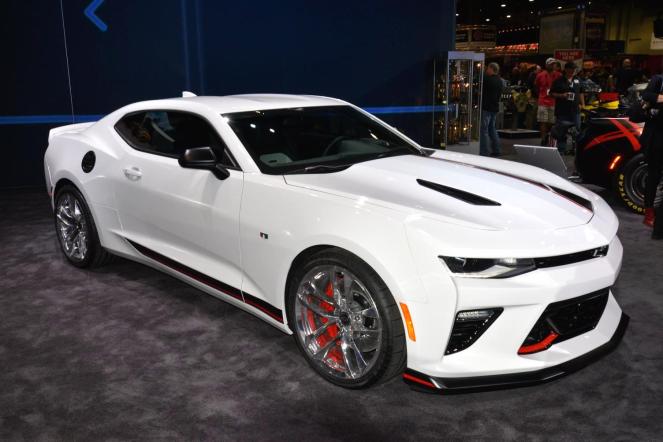 The big Detroit manufacturer rolled out a huge twenty concepts at SEMA, covering the range from Corvette Stingray to classic Camaro and a whole host of pickup truck offerings. With the all-new 2016 model year Camaro about to hit the streets, Chevy has clearly paid some attention to its latest offering, with four concepts based upon it. 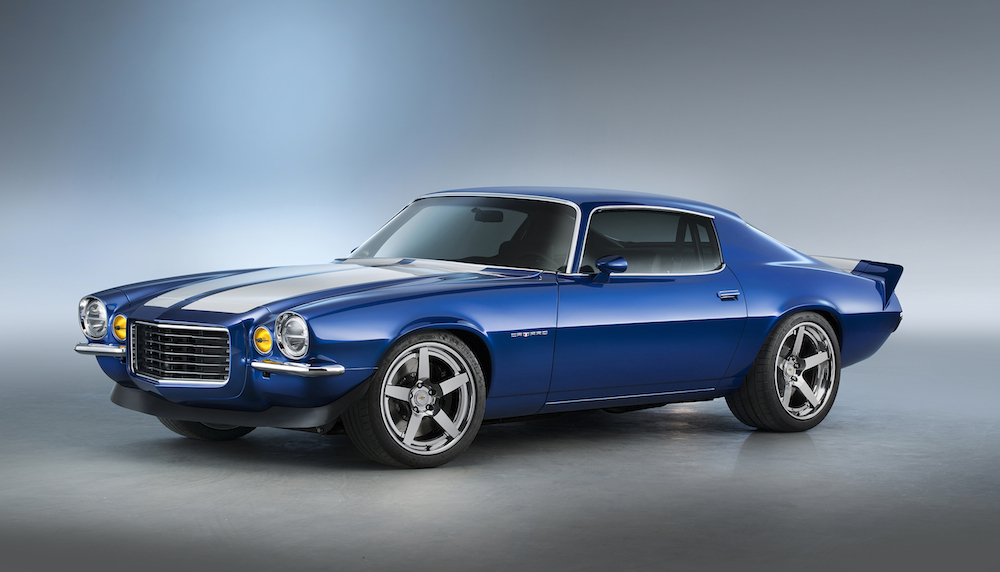 However, our personal favourite is probably the 1970 Camaro RS with a thoroughly modern LT4 engine. The supercharged 6.2-litre V8 engine is the same one as fitted to the Corvette z06, making 650 bhp and 650 lb-ft of torque. Installed in a 45 year-old classic, one can only imagine how ridiculous the performance must be. A six-speed manual gearbox, coil-over suspension, and brakes also borrowed from the latest Corvette hopefully means it stops and steers as well as it goes. Also, as a crate motor, you can buy the LT4 to slot into whatever you wish within reason.

We’re also loving the Silverado 3500 HD pickup ‘Kid Rock concept’ that was designed with the help of the Michigan-born rocker himself. Chrome exhaust stacks, acid-wash jean inspired trim, and a 6.6-litre diesel V8 probably make this 3500HD a summary of America in one single vehicle. It’ll also tow over 9,000 kg, so you can haul jet skis and all that other important lifestyle stuff around. There’s probably a bald eagle and grizzly bear hiding in the truck bed out back. Maybe.
Hyundai

We’ve featured the Hyundai Tucson quite a bit on ESM this year, and we’re quite taken by it. Pretty much the only thing we longed for with the 1.7 CRDi version was more power. Bisimoto Engineering may have the answer, with their 700+ bhp, 2.4-litre turbocharged version of the C-SUV. What we also like is that it looks relatively normal on the outside; white wheels and black trim aside. Sign us up for one, thanks. 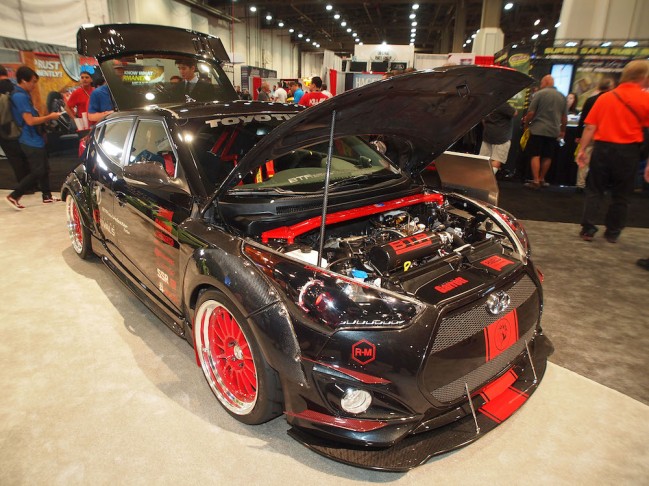 ESM always liked the Veloster. But nobody in the UK bought one. 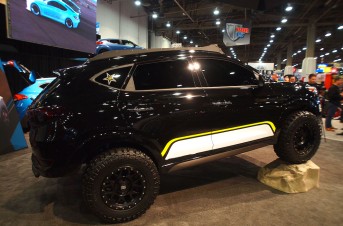 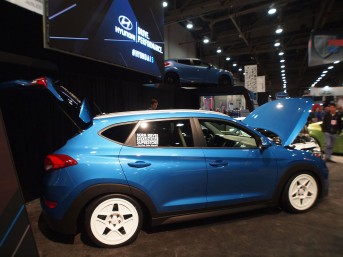 Genesis with lots of power

Horsepower is very much the order of the day on the Hyundai stand, with a 500 bhp Genesis Coupe, a wide-arched Veloster (also with 500 bhp) and other Tucson variations, albeit with a little less power. With the Korean firm set to roll out a global performance brand in the future, it’s good to know that across the pond there’s already a modifying culture ready and waiting. 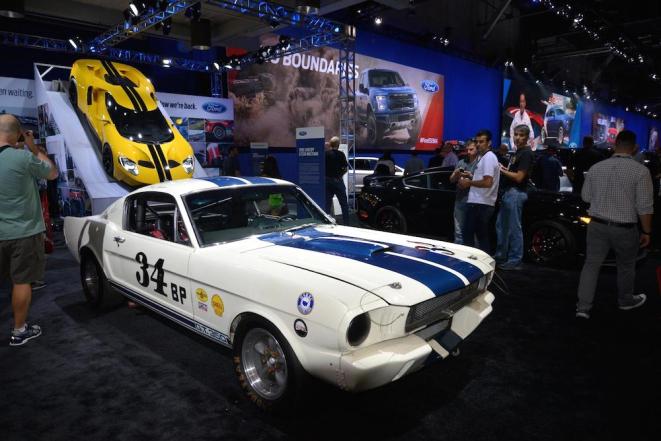 Going even further than Chevrolet, the Blue Oval featured a whopping 50 cars including 28 special creations at SEMA 2015. The mass-attack paid off, with Ford scooping prize for Hottest Car, Hottest Sport Compact and Hottest Truck with the Mustang, Focus and F-150 respectively.

Of note was the 2016 Cobra Jet Mustang, a race-ready dragster of which only 50 units will be built. At just under $100,000 dollars it’s a relatively affordable way to get into racing. Oh, and you can tell people you have a car with a Whipple supercharger, and that it’ll run a quarter-mile in eight seconds. 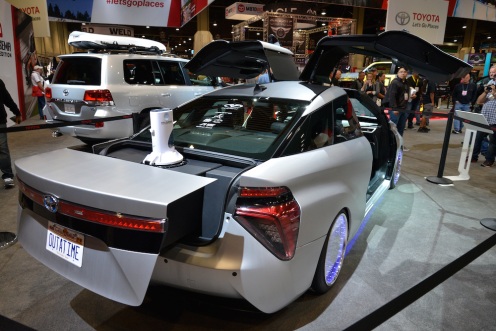 Remember the car from Back to the Future? The DeLorean DMC-12? Well Toyota has decided to reimagine the ill-fated gullwing car, with a heavily modified version of the Mirai. Given that the DMC-12 in the film was powered by a nuclear reactor, a hydrogen fuel cell-powered car is kind of the same, right? Oh, and there’s also a modernised version of the Toyota pickup truck from the film, based on new Tacoma. 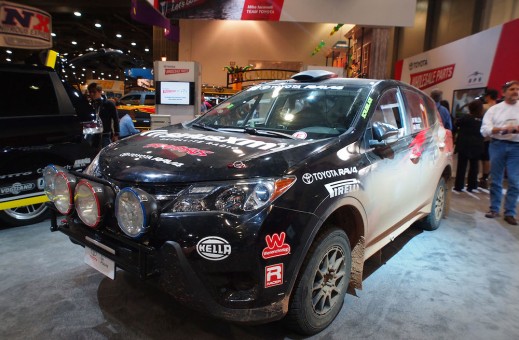 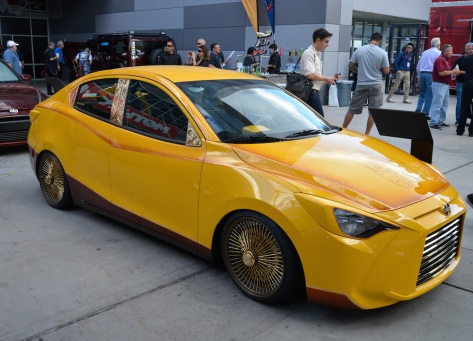 Amongst the 14 cars on offer is the stupidly tall Tonka 4Runner, a stretched Tundra limousine – the Tundrasine – along with the RAV4 rallied by Ryan Millen in the 2015 Rally America series. The Scion brand also features a lowrider inspired version of the iM.

We could go on for days, so here’s the gallery of some of the other SEMA offerings: 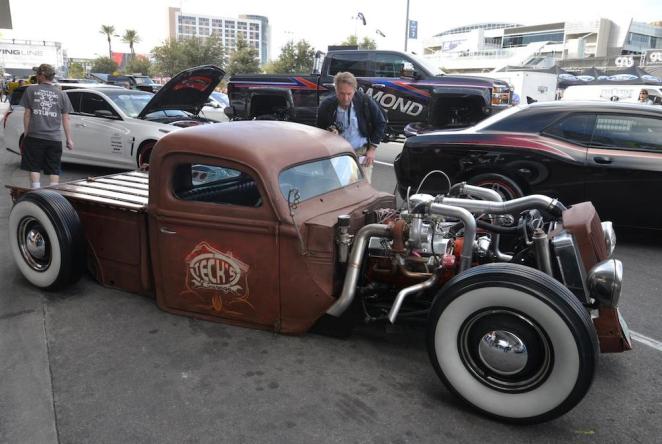 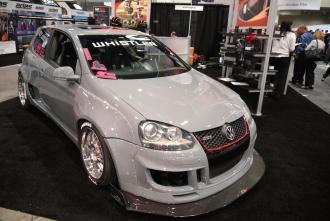 Huge splitter. $100 you’d break it on a kerb within minutes 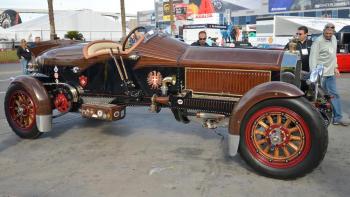 Mazda has two special editions of the new MX-5 on show.

SEMA isn’t all about cars. There’s bikes, too. 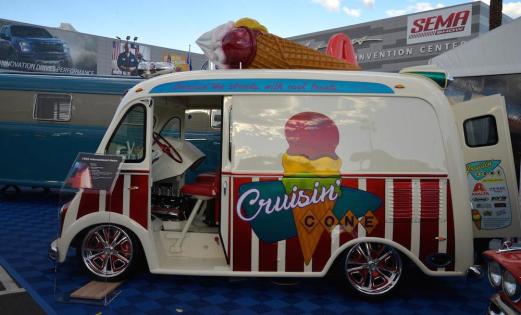 Somewhere in there is a Jeep 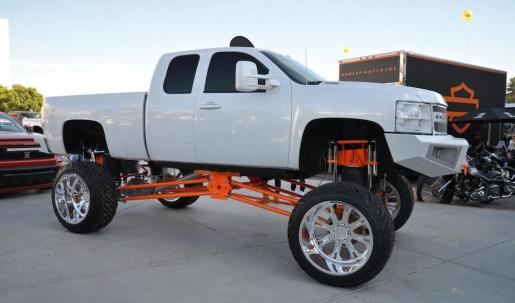 Pickup trucks available in both high… 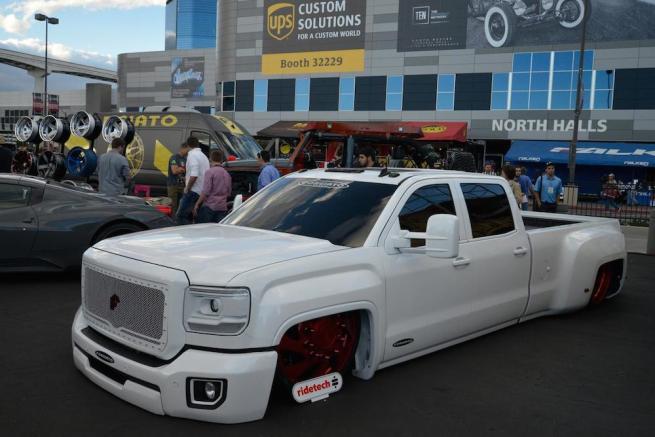 Probably not a diesel 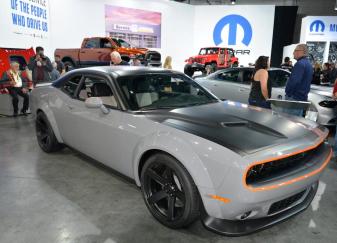 A Dodge Challenger with AWD. Is nothing sacred? 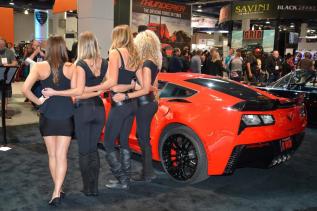 We think that Corvette has custom rear lights. 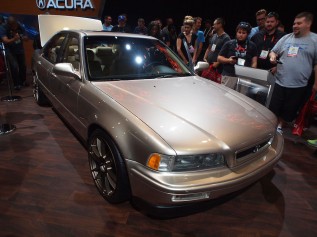 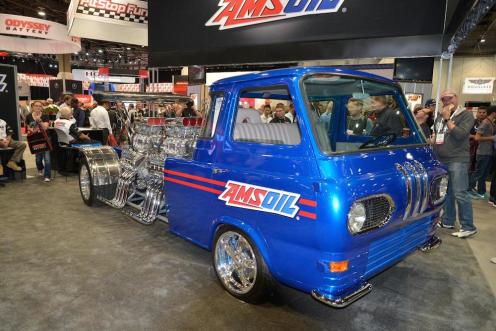 Nope, not sure what’s going on here

Apparently that paintwork is engraved. Engraved paint, who knew?