Another Wörthersee show car, but this time with crazy turbocharging and orange detailing? Consider our interest piqued! 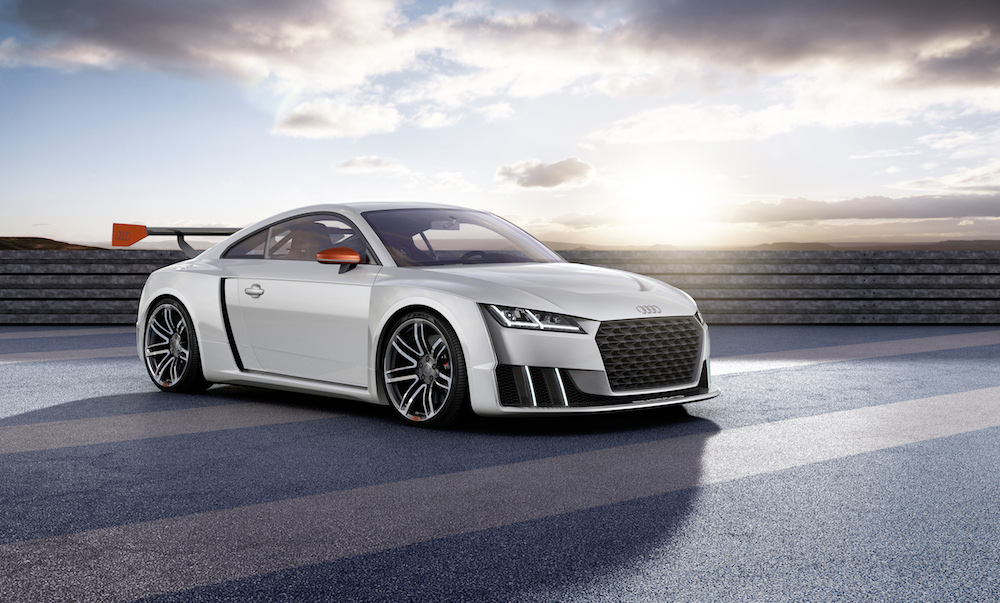 We’ve already mentioned Skoda’s concept efforts in advance of the annual Wörthersee festival which kicks off today, but Audi has gone decidedly all out with this mental TT clubsport turbo concept. However, there’s more than just mental bodywork – much of the technology featured is set to debut on production Audi models in the near future.

Most interesting is the use of an electric turbocharger, in addition to the regular turbo, attached to the 2.5-litre five-cylinder engine. Through using electric power to spin the compressor, boost can be generated almost immediately, eliminating the dreaded turbo-lag which is usually found on high output forced induction engines. At higher engine speeds, the conventional exhaust gas driven turbo is there to produce peak power, meaning this TT can have instant throttle response and a lot of power. A lot is 592bhp and 479lb-ft of torque to be precise! Good enough for 0-62mph in 3.6 seconds and a top speed of 192mph.

Solving the problem of eliminating turbo-lag whilst retaining big power is something the VW Group has battled with for a while. The 1.4TSI Twincharger engine, used in the previous generation Polo GTI amongst others, used a supercharger and turbocharger to try to overcome this challenge. However, the complexity of such a setup, and issues with reliability, hampered the success of that idea. Perhaps the e-turbo is the answer? Although the need for a 48-volt lithium-ion battery, housed in the boot, to power the e-turbo means there is some compromise.

Technical issues aside, more important is the large-bore side-exit exhaust pipe which emerges from the swollen flanks of the TT clubsport turbo. Audi claims to have channeled the Audi 90 IMSA GTO race car of the late 1980s in creating the bodykit, and boy have they succeeded. Some 140mm wider than the usual TT, the enlarged bumpers, extended sills, and massive rear diffuser and immense presence. Oh, and the rear spoiler which is borrowed from the TT Cup race car, but then made 200mm wider!

Hidden behind the race-inspired 20″ alloy wheels are carbon-ceramic brakes, whilst the suspension is a fully adjustable coilover setup. The latter incorporates an electronic lifting system to help the low nose over kerbs and speed bumps. Naturally, power goes to all four wheels via a quattro drivetrain which uses, interestingly, a six-speed manual gearbox. No DSG here.

How much do you want these seats?

Inside is race-inspired, with a titanium roll-cage matched with lightweight fixed-back bucket seats upholstered in Coral Orange Alcantara. We’d like a set of them, please Audi! There’s a smattering of carbon fibre trim and more Alcantara throughout, whilst the digital virtual cockpit display shows a range of information. 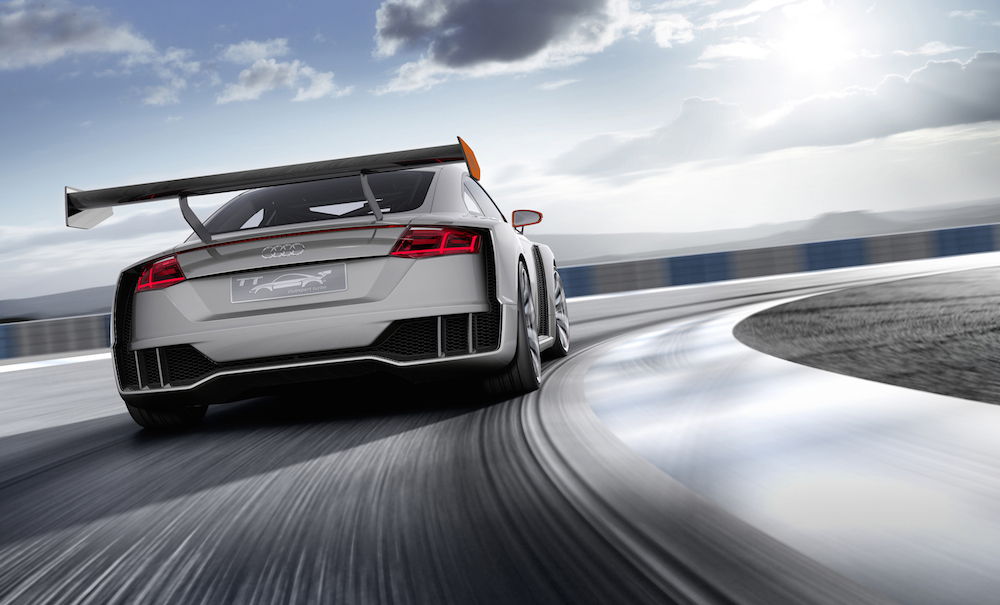 Naturally, the TT clubsport turbo is all show for now, but expect to see elements from this car integrate their way throughout the Audi range over time. Hopefully orange detailing will be one of those features…