The 2015 Geneva Motor Show seems to be sending car manufacturers into overdrive when it comes to teasing photos and facts. We blame it on 50 Shades of Grey. Maybe. Anyway, here’s a tantalising glimpse of one of the big hitters coming to Geneva in a couple of weeks; the new Audi R8. 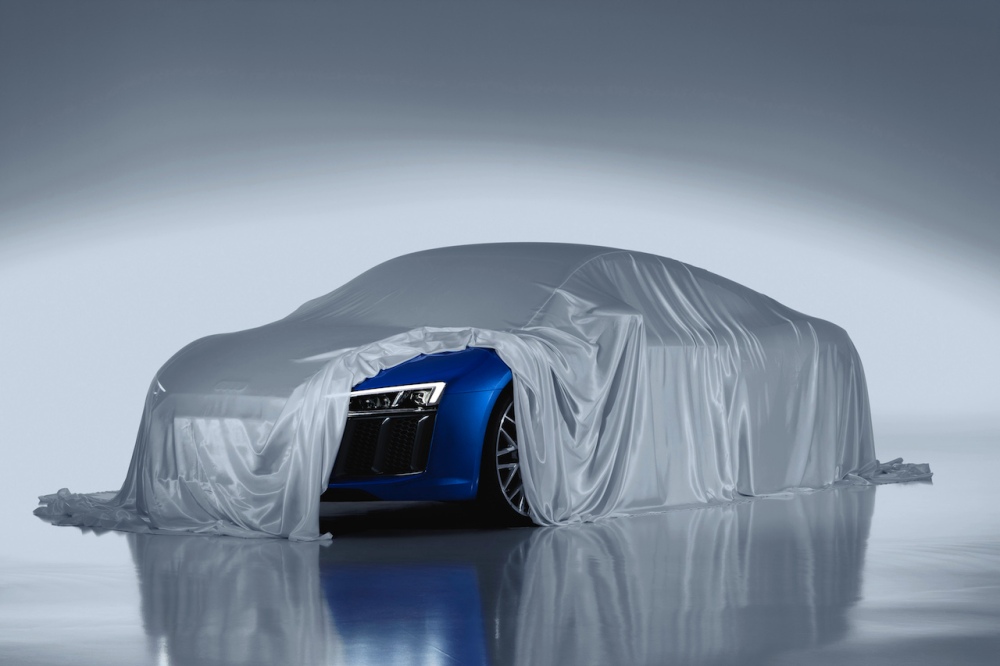 As you can tell, Audi isn’t real giving much away about the new mid-engined supercar, other than highlighting that laser headlights will be on the options list. That’s not even as standard, but just as an option – Audi are really keen to drag this one out it seems.

The car will come with a LED headlights as standard – like a Volkswagen Polo GTI – but with the laser system available should you tick the right box. Audi has already previewed this on the outgoing R8, with the LMX limited edition, along with using it on the R18 e-tron quattro Le Mans prototype.

Audi also fitted laser lights to a version of the Sport quattro coupé concept over a year ago – a car which, looking back, featured a lot of styling elements seen in the new TT and new R8. The alloy wheels and those air intake gills below the headlights, on the new R8, look quite familiar to that concept car. Hmmm…

What’s also apparent from the teaser image is that the R8 will have the trapezoidal grille which has become an Audi design staple, following it’s introduction on the third generation TT. The roofline looks slightly more elongated towards the rear and, beyond that, we’re very much just speculating. We’ll find out sure enough come the big reveal at Geneva in a couple of weeks time.