In many respects – like politics or celebrity deaths – 2016 was a challenging year. But, in the automotive world, things were far better. With the infamous hypothetical ‘macaroni and glitter’ trophies at the ready, these are the things which stood out the most in the last twelve months.

No, it doesn’t matter that it’s already 2017. We always like to make sure the previous year is well and truly finished before hammering down our judgements. Here, in part one, we cover the cars from 2016 which are most deserving of our collective glory. 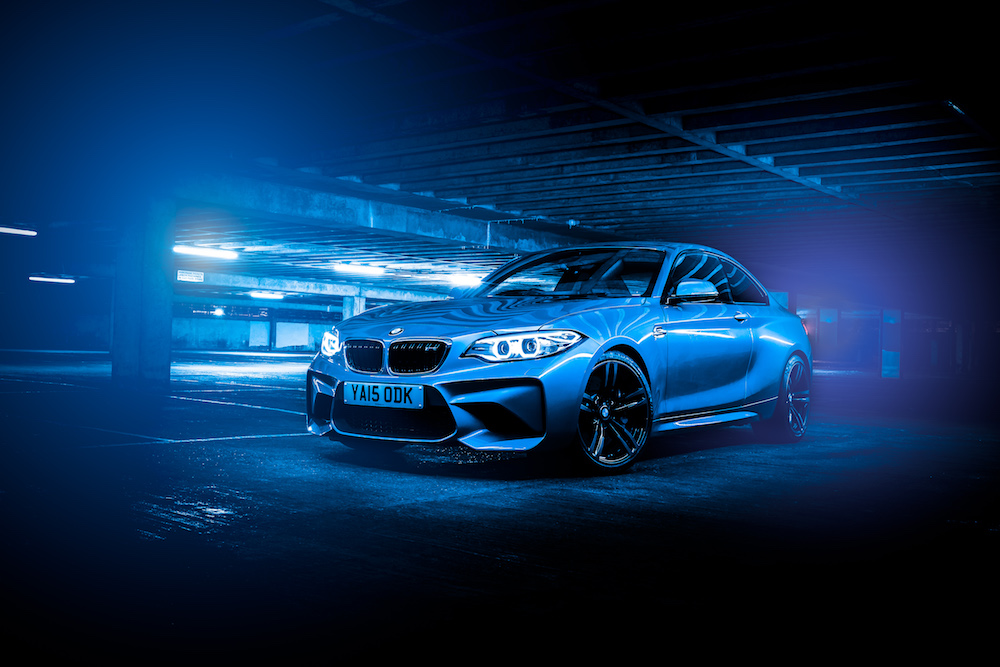 Trying to narrow down the best thing driven in a year to just one single car is often a tough challenge. However, for 2016, this was pretty easy. We waited all day to try it at the SMMT Test Day in May, but it was completely worth it to get a shot at driving the BMW M2.

With a punchy engine, perfectly balanced chassis, and dimensions suited perfectly to Millbrook’s twisty Alpine circuit it was hard not to be immediately seduced. Whilst 365hp might seem fairly timid in the current horsepower wars, it gives the opportunity to exploit everything the M2 has to offer without feeling the need to hold back. 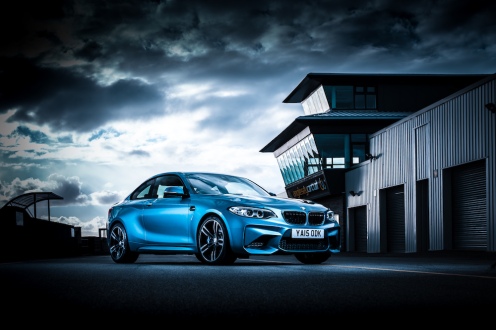 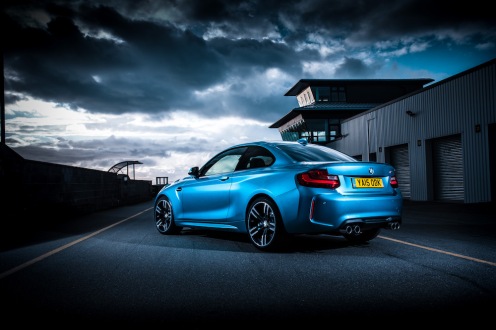 Like any good performance car it was possible to feel immediately connected with the M2, yet there’s still sufficient depth to know that spending longer with it would never prove to be boring. The seven-speed DCT dual-clutch gearbox is brutally effective at changing cogs, especially in Sport mode, even if purists might argue that the manual ‘box is the one to buy.

Add to this a – relatively – affordable starting price of just over £44,000, vaguely sensible running costs, and a compact size, it makes the M2 easy to justify as the single best car driven in 2016. Testing the M240i also demonstrated just how good the basic package beneath the M2 is, but also just how much more it adds to the equation.

Congratulations, BMW. The M2 was, unquestionably, the best car driven by ESM in 2016. 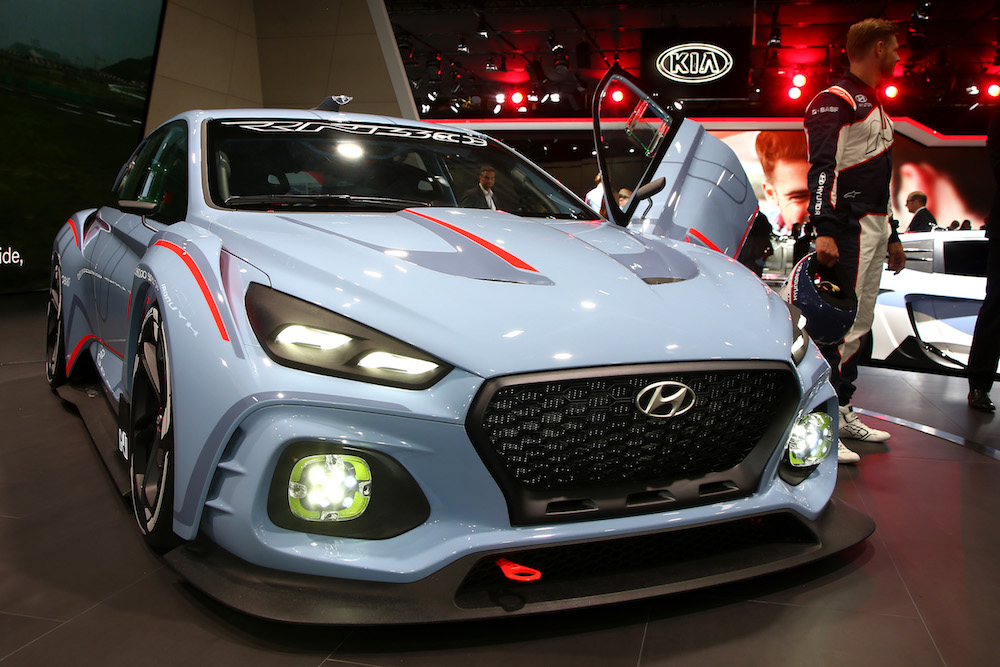 Last year we gave this award to the Bugatti Vision Gran Turismo which, was in fact, a very thinly disguised Chiron. Yet this year we’ve given it to a Hyundai?! Yes, and with good reason.

We’ve driven the Hyundai i30 Turbo previously, and were surprisingly charmed by it. We’re also impressed by Hyundai’s commitment to performance models with the new ‘N’ range it has planned. Add in a WRC campaign with the i20, and it adds up to an impressive strategy for moving a brand from mainstream to the enthusiast fringes. 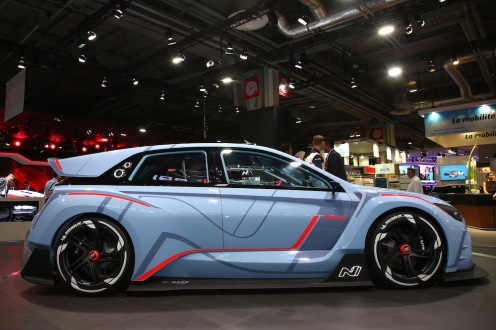 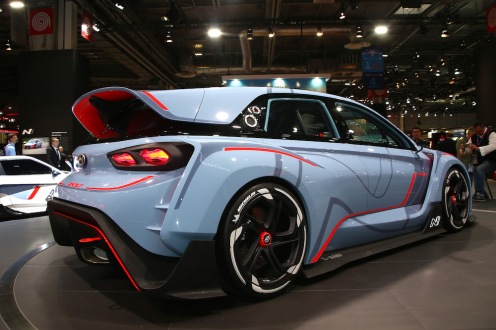 Enter the RN30. It’s got 375hp, 4WD, a limited-slip differential, dual-clutch gearbox, and a frankly ridiculous bodykit. Although clearly tooled-up especially for the Paris Motor Show, the fact that Hyundai went to such lengths to showcase the ‘N’ brand is a positive move. We can only hope that we see a genuine Focus RS / Golf R-baiting version of the new i30 appear in the near future. But, for now, we’re sold by the concept. 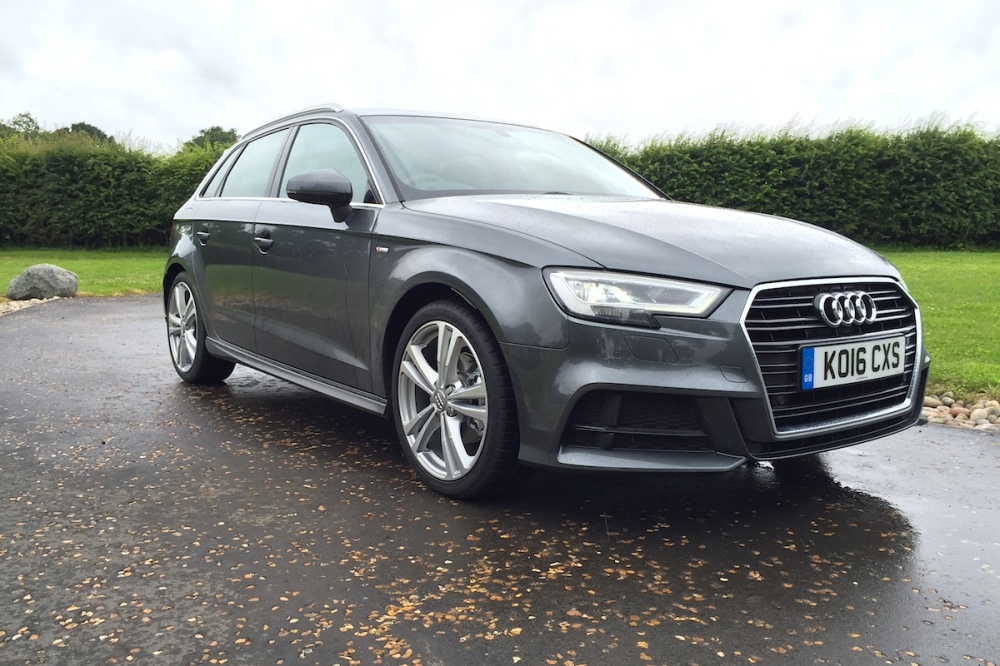 It’s a cold, wintry night and you just want to get home from work. You want to do it in comfort, Teutonic style, and with the self-assured nod that satisfies your inner badge snobbery. You don’t need a big saloon or SUV, instead being perfectly happy with a mid-sized hatchback. Hello, revised Audi A3.

This might seem an obvious choice. So obvious that the A3 was the UK’s tenth best-selling car during 2016, with over 43,000 examples finding new owners. Yet having driven the revised A3 range earlier this year, it’s very easy to see why so many would feel the need to place one on their driveway. 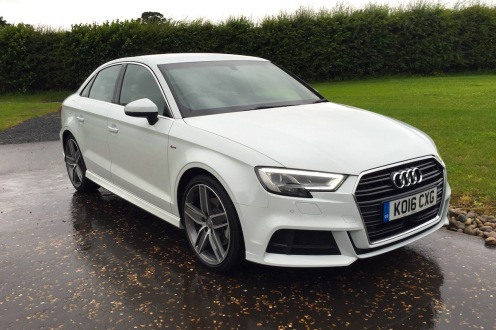 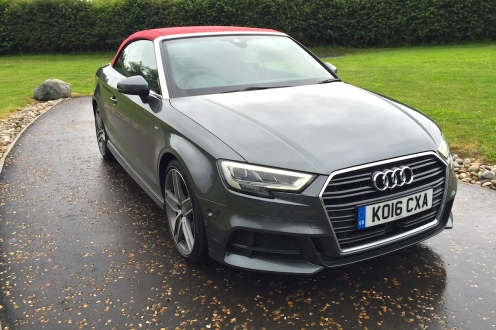 It might not be earth shattering in design, nor be the cheapest family hatchback on offer. But there’s a range of engine choices and bodystyles that make it easy to find one which fits your needs. We’re big fans of the diesel engines – even in 2016, we know – and were particularly taken by the Saloon version. Add in options like Virtual Cockpit and the new A3 features a genuinely impressive interior and technological abilities.

Whether you pay for one with your own cash, or have it chosen by your fleet manager, it’s hard to imagine being unhappy and having to spend a few years behind the wheel of the A3. We’re just waiting for the RS3 Saloon version… 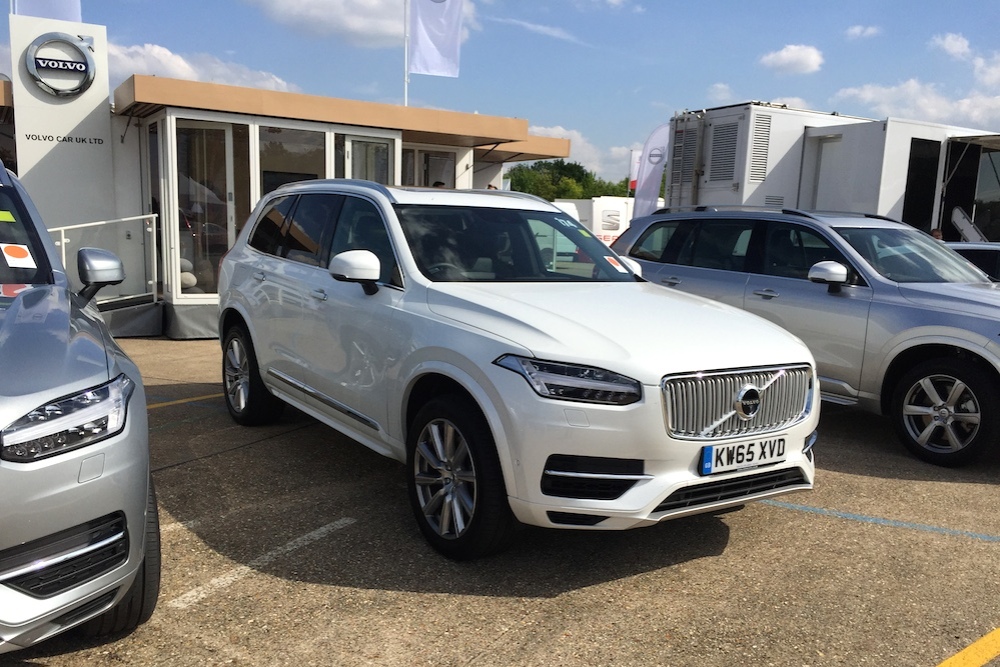 Having the worlds “Twin Engine” in the name makes this particular XC90 sound pretty cool to begin with. Yet, throw in the fact the conventional 2.0-litre petrol combustion engine features both turbocharging and supercharging, and it gets better. Add on the plug-in hybrid electric hybrid technology and this becomes a truly impressive machine, even from just a technical standpoint.

It’s also quick. Very quick, for something that weighs more than the combined global fear about Donald Trump’s imminent presidency. With 400hp, and 472lb-ft of torque, when both petrol and electric powertrains are combined, the T8 will hit 0-62mph in 5.6 seconds. That’s hot hatch fast, yet there’s the (claimed official) potential to achieve low fuel consumption and CO2 emissions. 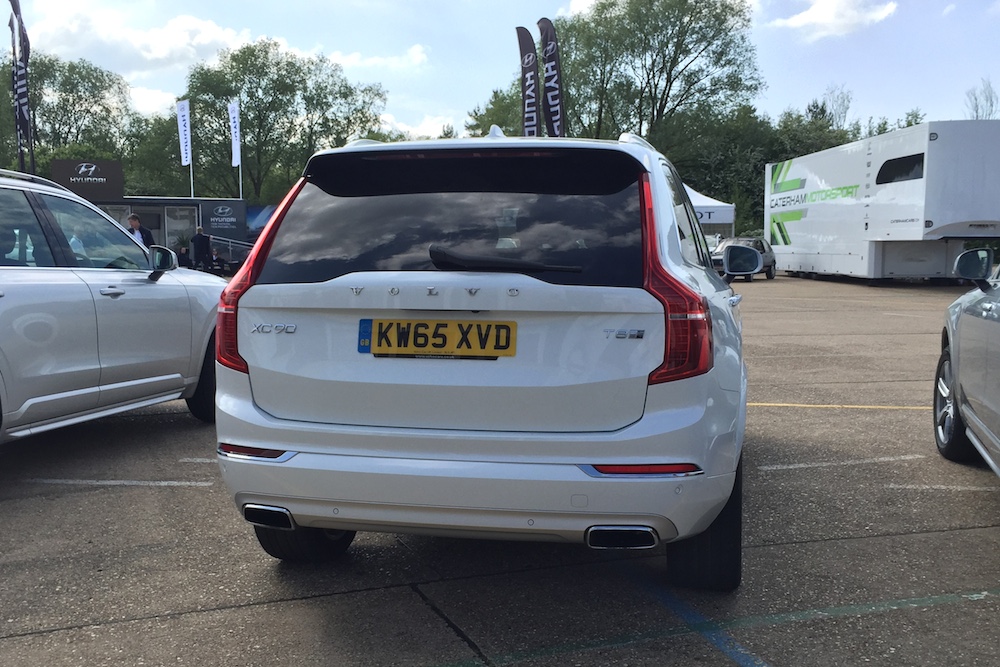 No, it isn’t cheap. The basic T8 stacks up at £60,455 and, should you start adding options like the £3,000 Bowers & Wilkins sound system, you could easily be pushing £75,000. That’s a big chunk of money for a family SUV, but we’re genuinely convinced that the XC90 T8 justifies the cash. Plus, you do get a solid crystal gear shifter – that’s worth the money alone, right? 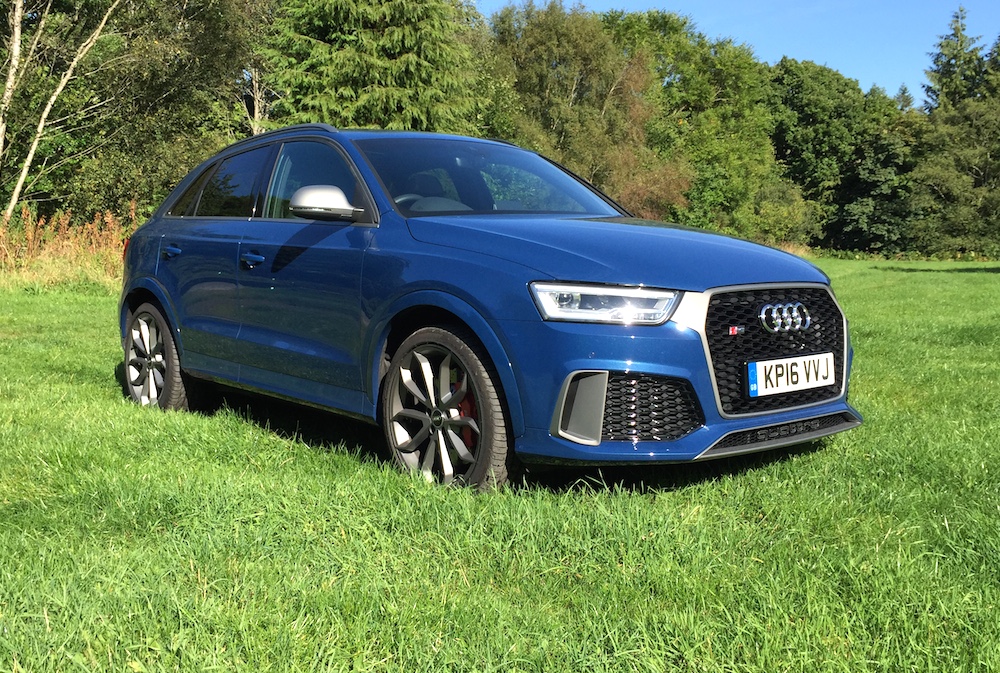 With an automotive world bent on using four-cylinders as the engine solution for everything, until battery power becomes the default choice, something with more than a quartet of combustion chambers is now quite special. So, that Audi is still keen to cling on to the five-cylinder power plant, is worth celebrating in itself.

Whilst the TT RS and RS 3 also feature this five-cylinder motor, it makes slightly less sense when wedged into the RS Q3 crossover. It becomes even crazier in Performance specification, where the power from the 2.5-litre unit is upped to 362hp, with 343lb-ft of torque! It’s genuinely mental in terms of straight line thrust, with sensations made even more vivid thanks to the raised driving position. 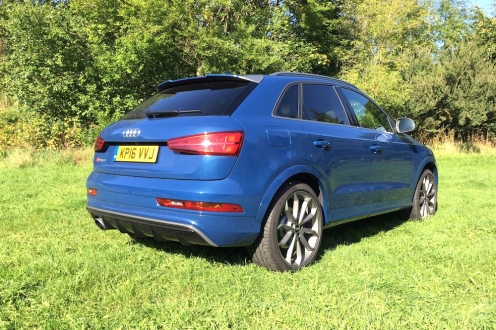 We were instantly charmed by the RS Q3 Performance at the SMMT Test Day, and were lucky enough to spend a week with one later in the year. Seven days highlighted how hopelessly addictive the sound from the fat single pipe exhaust is, along with the terrifying thirst for unleaded from enjoying the former.

Nobody needs an RS Q3 Performance, but the world is a better place for the fact it exists. At over £50,000 with options, it’s an expensive frivolity, yet there is huge joy in driving an SUV that will hit 0-62mph in 4.4 seconds. A definite ESM hero. 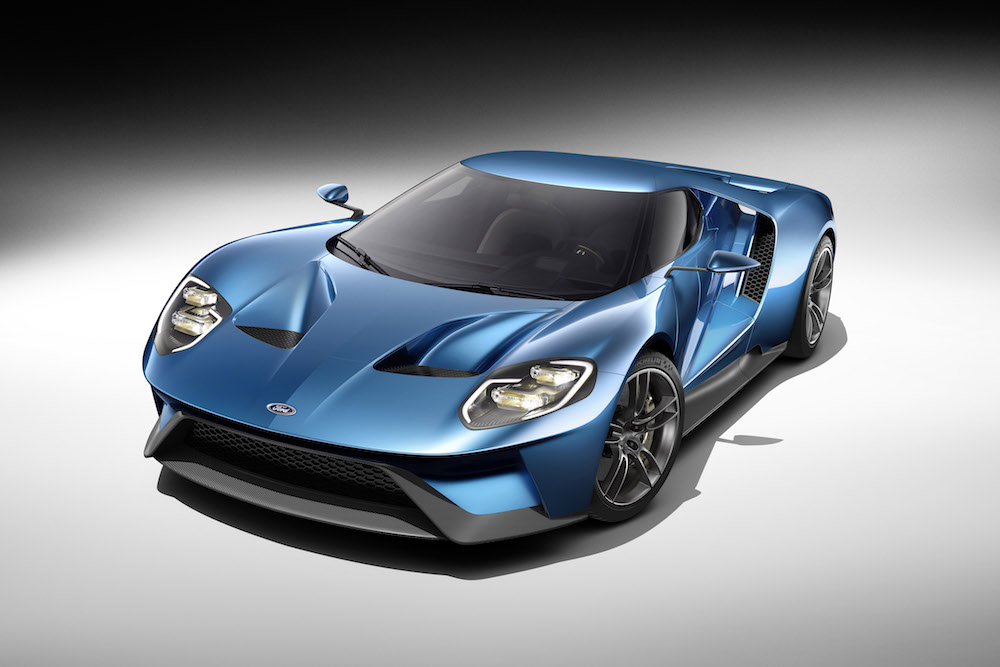 There’s a great deal of expectation around the new Ford GT, having first been unveiled some two years ago at the 2015 Detroit Auto Show. Now the very first cars are starting to trickle through to those lucky 500 people who were selected to be allowed to buy one. 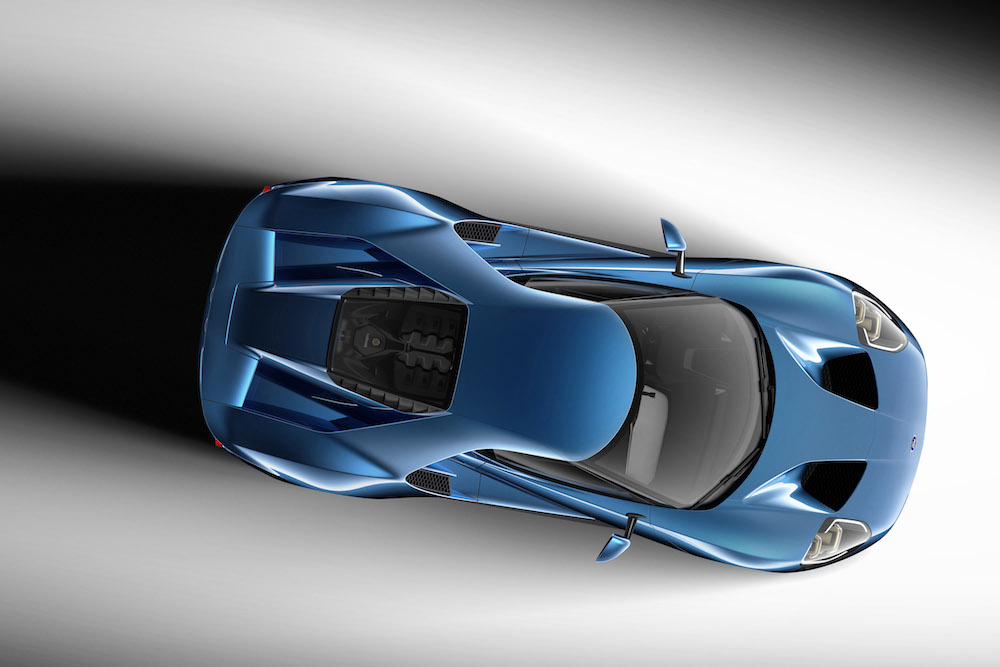 Now it’s a waiting game to see whether the new GT can deliver, and answer a lot of questions. Can a twin-turbocharged V6 engine be exotic enough in an American supercar? Can an interior featuring a two-spoke steering wheel be overlooked? Will it do enough to justify the $400,000 price tag? We’ll just have to wait and see…

Part two will be along shortly, with awards for all the other stuff we’ve deemed worth.