The end of 2015 is fast approaching so when our newest, and youngest, contributor suggested a rundown of the top new cars of 2015 we said yes! Ned has put together a list of the hottest metal from the past twelve months, so read on to see which one takes the glory.

Well, 2015, nobody can deny that it was a big year for ESM. Not only has it recruited its youngest ever member (myself), but also Mr ESM has tied the knot with Mrs ESM. Now as much as I would like to dwell on personal successes, I’m afraid I’ve been beaten to it. So go and have a read of John’s article first.

2015 has been a golden year in automotive terms. Over the past 12 months we’ve seen offerings from across the globe. Some pretty, some fast, some neither of those things, but they’re still exciting none the less.  What you have before you are ESM’s favourites; the top 5 new cars of the year. Well, actually it’s not; there are seven. After whittling a list of 30+ cars down to just six. Torn between which one to drop I just included them all. Then I remembered about the M4 GTS. So seven it is.

The Ford Focus RS; infinitely cool, ever practical thanks to its five-door hatch layout, and shockingly fast. This humble hatchback comes complete with 345bhp, a sub 5 second 0-62mph time (that’s 4.7 in case you were wondering) and looks to kill. In a market now mainly dominated by the Germans, this turbo tear-away has allowed the competition to take a step back and reconsider who is boss. This latest incarnation of the RS now features a comprehensive AWD system – just like the RS Cossies of old – the difference, this time, being that it can send up to 70% of torque to the rear tyres. This not only gives new levels of grip and performance but, as you would expect, makes it a lot more fun too. Let’s face it; anyone with even an ounce of petrol running in their veins wants one of these on their driveway. And… here comes the better news, they can, with a price of £30,000, it really is an every man’s car. We’ll take ours in Nitrous Blue, thanks.

When creating this latest generation, Audi took what is one of the best sports cars on the market and turned it into a supercar. Gone is the 4.2 V8 of old, in its place is the beating heart of the Lamborghini-derived V10.  There’s talk of an entry-level turbo V6 at some stage but, for now, were left with that cataclysmic V10 and the supreme V10 Plus. Which are both equally awe worthy. The ‘Plus’ boasts a 602bhp headline figure, a minuscule 3.2 seconds 0-62mph time and what is a rather fetching fixed rear spoiler. The ‘base’ V10 isn’t far off that either, although it sadly lacks the wing. The bigger power, sharpened looks and new tech really set this car off. It should make the perfect gift for millionaire playboys alike.

The M4 was a bit of a last-minute choice really. The car itself isn’t a huge leap above the standard M4 in terms of performance. Stood beside the supercar royalty of this list it looks a little tame. But there was one factor that clinched it in the end. The looks. This car has served as my laptop wallpaper for the last few months now, and there hasn’t been a moment when I couldn’t stop ogling at it. That combination of dark grey and orange – much like ESM – is something that is so dazzling, so magnificent that it makes this car a true object of desire. The fact that it has 493bhp and can get to 62mph from rest in just 3.7 seconds is simply a bonus. Santa, if you’re reading this, above all else, this one please.

If you’re looking for the blueprint of a driver’s car then this is it. When creating the GT4, Porsche have basically shoehorned all the best bits from the range into one complete package. Manual gearbox? Tick. Rear drive mid-engined layout? Tick. Tactile steering and exceptional levels of grip? Tick. The GT4 really has everything a keen driver could want. With the main focus of the GT4 set on the twisties, you would expect the car to lack slightly in the outright speed department. That’s where you’re wrong; the GT4 utilises the same flat-six borrowed from the Carrera S. However, mated with the lighter chassis, it allows the hardcore ‘baby’ Porka to spring from 0-62mph in just 4.4 seconds, and keep on accelerating to 183mph. I think it’s safe to say we all want one. 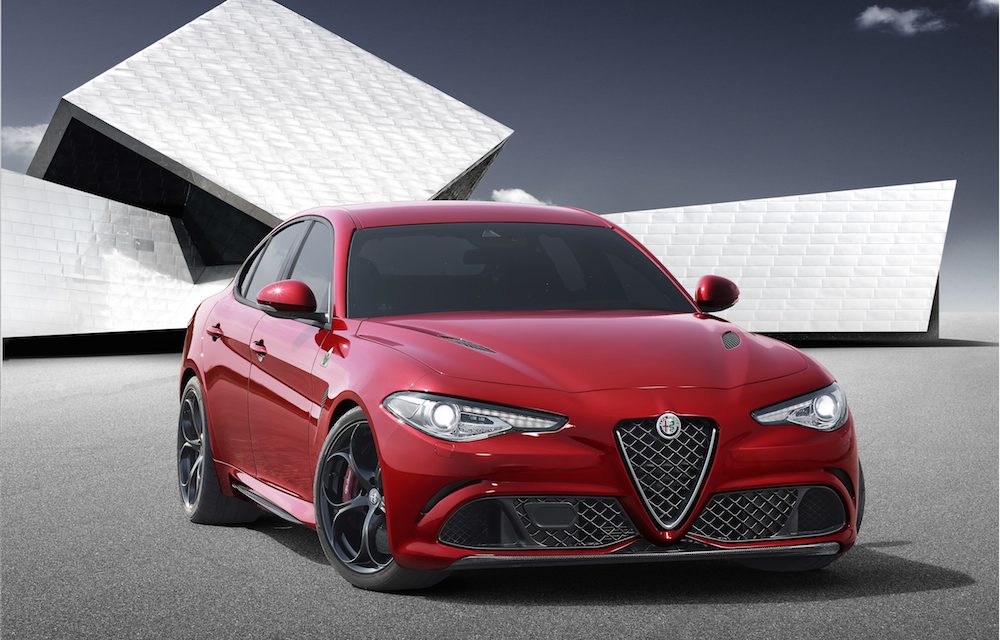 Few cars can offer quite as much street cred as one of these in the corporate car park. Let’s face it who in their right mind wouldn’t want a sexy saloon car with the engine from a Ferrari, and a manual gearbox? The Giulia Quadrifoglio has injected a much-needed dose of Italian flair into the über-saloon market, previously dominated by the Germans. Now, it’s all very well having the right attributes, but it’s the figures that matter. And the Giulia doesn’t disappoint, having 503bhp and a 0-62mph time of 3.9 seconds (that’s with a manual gearbox!!) should be more than enough to blow its German competitors into the wind. Better still, Alfa has just released an online car configurator, so you can now go and see your dreams take shape.

Whilst the 488 GTB is, in essence, the same car, it’s the drop top that gets the spot here, simply because it looks even better. Although Ferrari likes to brand their mid-engined V8 as a ‘sports car’, we all know that the title isn’t going to fool anyone. If a 0-62mph time of just 3 seconds isn’t enough to break the ‘supercar’ barrier, then I don’t know what is. The 488 offers everything you would expect from the mid-engined V8 Fezza; glorious baritone soundtrack, the curves of a supermodel, and enough power and performance to slingshot you into hyperspace. The addition of turbochargers has become a marmite topic, but one thing is for sure, the latest Ferrari will reside in every the dreams of every petrolhead for a very long time to come.

It doesn’t matter how much power or technology the other cars on this list are packing. The breathtaking mixture of a BMW straight-six and rear wheel drive was always going to come up trumps. The M2 nameplate itself is something completely new to BMW, but the underpinnings behind it are something that have been entertaining drivers for years. The M2 offers the ultimate in driving performance and also throws in good looks, and, a smokey burnout function too! What’s not to love?

Well, that concludes ESMs Top 7 cars of 2015, though it should also double as this year’s Christmas wish list. So, Mum, Dad, if you’re reading this, one of these, please.