It seems like we’re literally tripping over new performance cars from Ingolstadt here ahead of the Geneva Motor Show. Following on from the regular hatchback, five-door Sportback and saloon models, Audi has now revealed a drop-top version of the S3. 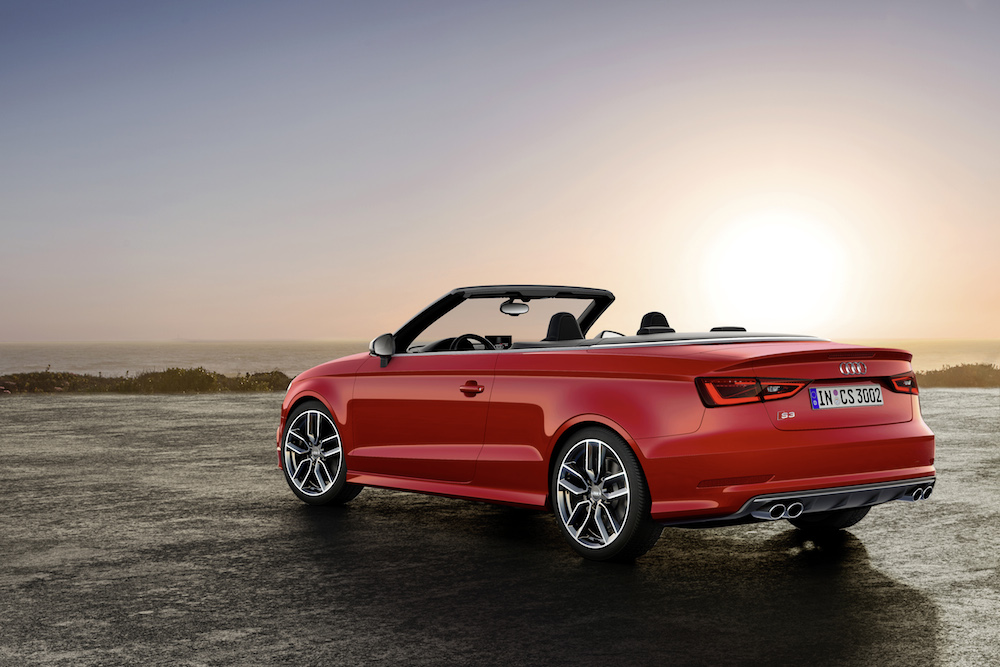 Mechancially, other than losing the roof, there isn’t a substantial change to the package which sees service in the existing hatchback and sedan models. A 300PS (296 bhp) 2.0 litre TFSI turbocharged four-cylinder engine, with 280 lb-ft of torque, mates to a quattro all-wheel-drive system. The S tronic dual-clutch transmission comes as standard in the S3 Cabriolet, with the six-speed unit offering up very un-cruiser like toys such as launch control and a sport mode. All in, this makes for 0-62 mph in 5.4 seconds and a limited top-speed of 155 mph. Countering that performance is fuel economy rated officially at 39.8 mpg for the combined cycle, with 165 grams of CO2 per kilometre.

Audi has used magnesium and aluminium to attempt to avoid the problem often associated with making something a Cabriolet; the added weight from all the additional mechanics and strengthening. Whilst hardly a featherweight at 1,620 kgs, the S3 Cabriolet’s roof does at least feature sound-deadening to reduce road noise, along with an active rollover system designed to spring into action in the event of an accident. Raising the electrically operated roof, or lowering it, takes just 18 seconds allowing you to make the most of any rare UK sunshine opportunities.

Styling enhancements include that distinctive Audi front grille, featuring platinum grey inserts and a chrome frame, whilst the air intakes get honeycomb mesh. An aluminium windscreen surround marks out the Cabriolet model, along with more aluminium trinkets surrounding the window belt line. Classic S-car aluminium-look wing mirror caps are matched by that new Audi theme of quad exhaust tail pipes, framed by a grey diffuser. Parallel five-spoke design 18″ alloy wheels in a polished finish come as standard, with 19″ options available should you so wish. Oh, and don’t forget the rather subtle boot-lip spoiler. 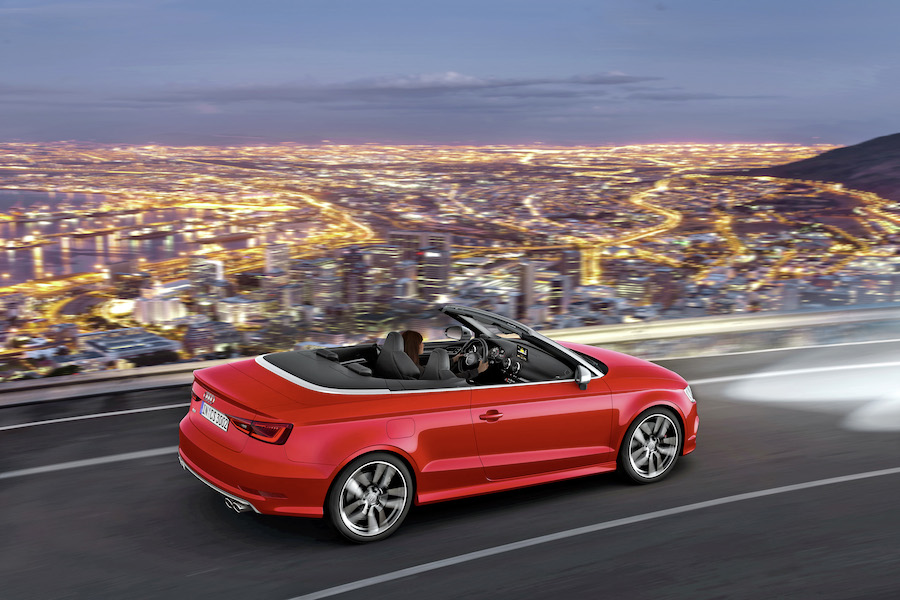 Standard sports seats come in a leather and fabric mix, with Nappa leather or Alcantara available as a cost option. Audi claims the leather sections come with a special pigment that stops them heating up too much in direct sunlight; useful for avoiding burnt backsides. Stainless steel pedals, a boost gauge in between the instrument dials and a red-ringed stop/start button complement a cabin which comes with automatic air conditioning and brushed aluminium inlays as standard.

With the UK proving to be a major market for a) Audi, b) convertibles and c) performance cars there’s a fairly good chance that the S3 Cabriolet could prove successful over here. Pricing in Germany will start from €48,500, equivalent to just under £40,000, when sales start in the Summer. ESM would wait to see just what specification Audi brings to the UK, but that price point seems believable for a premium performance Cabriolet.