The British Touring Car Championship returns this weekend, with the action taking place at Oulton Park. Our BTCC Correspondent recaps what happened last time out at Thruxton. 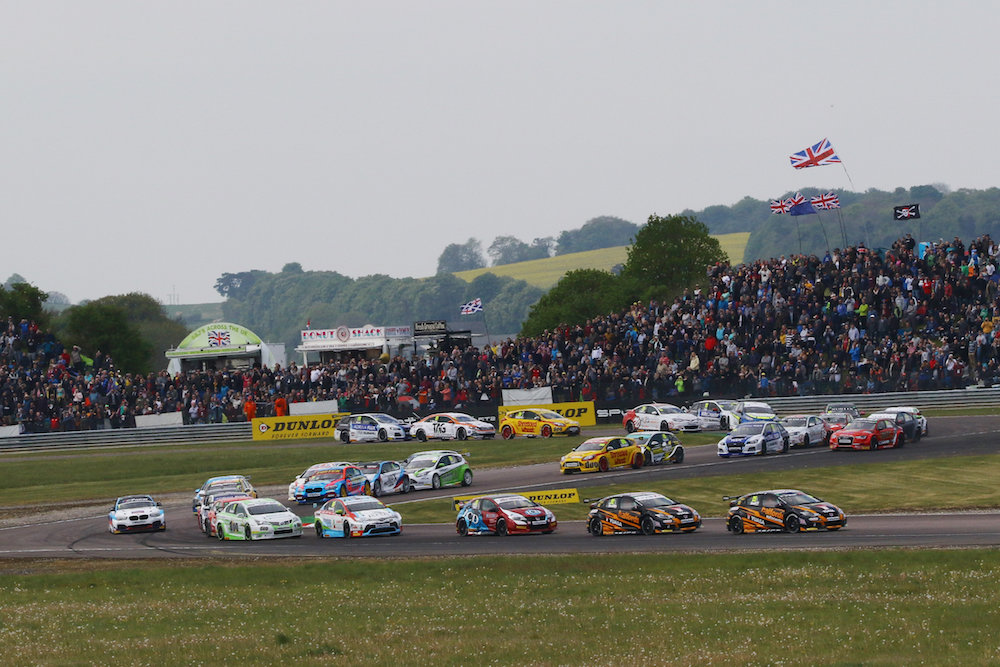 Thruxton may be home to the fastest corner on the BTCC calendar, but the latest rounds won’t be remembered for being a classic. Other than the incidents of a farcical second race, it was, in truth, a fairly processional affair. However, what else did we learn?

First of all, for how many years have we complained about the tyres at Thruxton and, in particular, punctures? This year, there were no major incidents, which ironically meant it perhaps wasn’t as entertaining as we’ve become accustomed to. Whether the tyres will ever be good enough to allow a soft option tyre here remains to be seen, but great credit must go to Dunlop for this season’s tread. A slight change in the compound make-up and width seems to have made all the difference, which is great if the drivers can now concentrate on driving without the worry of punctures.

Another thing we have become used to seeing at Thruxton is front wheel drive cars at the front, especially the Hondas. Saturday’s qualifying and the opening race seemed to continue the form guide as the evergreen duo of Matt Neal and Gordon Shedden in the manufacturer Hondas and Eurotech’s Jack Goff held the top 3 positions. An astonishing point to note is that it was Neal’s first pole in nearly five years. However, from the second race onwards, it was the BMW show – helped by the sunny conditions, which in turn helped their tyres.

Wins for Rob Collard and Colin Turkington handed BMW their 100th outright BTCC win. It’s a great achievement by one of the stalwart teams of the series.  Following the BMWs’ performance at Thruxton, supposedly one of their weaker circuits, they must be seriously confident for the rest of the season. Turkington is now less than 20 points behind leader Tom Ingram and must be feeling confident that title number 3 could be on its way if his and BMW’s form continues.A man who will be hoping that his form doesn’t continue is Jason Plato. What is going on at Subaru? Plato’s 22nd in the standings, with two of his teammates 31st and 32nd, yet Ash Sutton is in fine form with another three top 8 finishes at Thruxton. Plato’s got a year’s experience in the car, in addition to the hundreds of BTCC races, yet he can’t get going this season. One low points scoring finish, in the first race of the season, is dismal for someone who should have been genuinely challenging for the title. Yes, Subaru have suffered from technical changes to their car, but why’s Sutton outperforming Plato to such an extent? It’s quite astonishing. 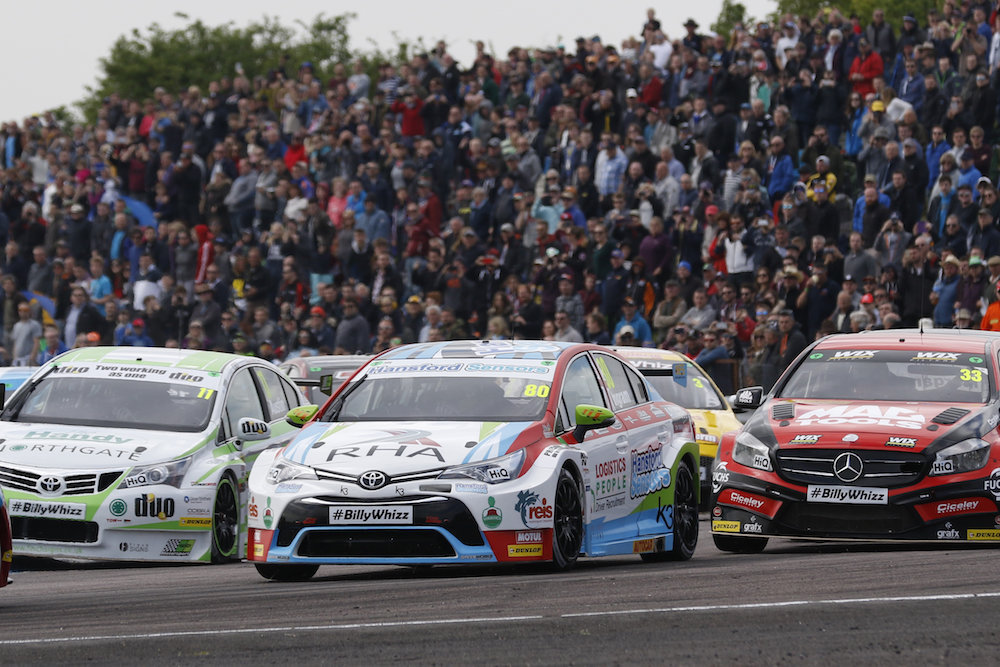 Perhaps not such an astonishing sight back in the day, but much rarer now is a good argy-bargy between the drivers after a crash. It was great to see Jake Hill trying to ‘have a go’ at Josh Cook after their coming together. I’m still not sure why, when it looked like Hill was in the wrong and not Cook. Obviously, modern day life resulted in a Social Media backlash, more for his reaction to a steward to be fair, but was Hill charging over to Cook like a man possessed not entertaining? I think it was.

Social Media was again the place to be for every man and his dog to have their say on the latest incident to beset Church Corner. It has to be said that Dan Lloyd was unfortunate to be sent heading towards the barriers in the first place, but his MG was wrecked by high speed, heavy contact directly with the Armco barrier. Three years ago the safety at the corner was an utter joke so any improvement on that is a bonus. However, it’s still not enough and Thruxton know that. Improvements can’t just happen overnight, but plans are in place to finally make it safer, hopefully. Why weren’t there any tyres to soften the impact? Ask the MSA and FIA, not Thruxton. They followed the guidelines set to them. That will be of little consolation to Lloyd and MG though.

Lloyd will be back racing again at Oulton Park next time out and that’s great news considering the size of the impact. It was actually incredible to see him out for a time in the final race. In Cheshire, Ingram will no doubt hope to extend his lead further, as he did at Thruxton. He’s showing incredible maturity at the top of the standings and he is clearly a serious contender for the title. However, don’t be writing off Shedden, Turkington and co. just yet.

Championship standings after 9 races out of 30: